Authorized by Congress in 1964, the Johnstown Flood National Memorial sits on 164 acres of the former South Fork Dam and Lake Conemaugh. Its three main buildings are comprised of the Lake View Visitor Center, the Unger House and the former clubhouse of the South Fork Fishing and Hunting Club. All play a role in telling and commemorating the tragic tale of the 1889 Johnstown Flood which killed over 2,200 people. The visitor center houses a small museum dedicated to the causes and effects of the devastating flood, to include hands-on displays, maps, photographs, and a short film. However, it is the remnants of the failed dam which haunt visitors the most.

The entrance to the Lake View Visitor's Center. 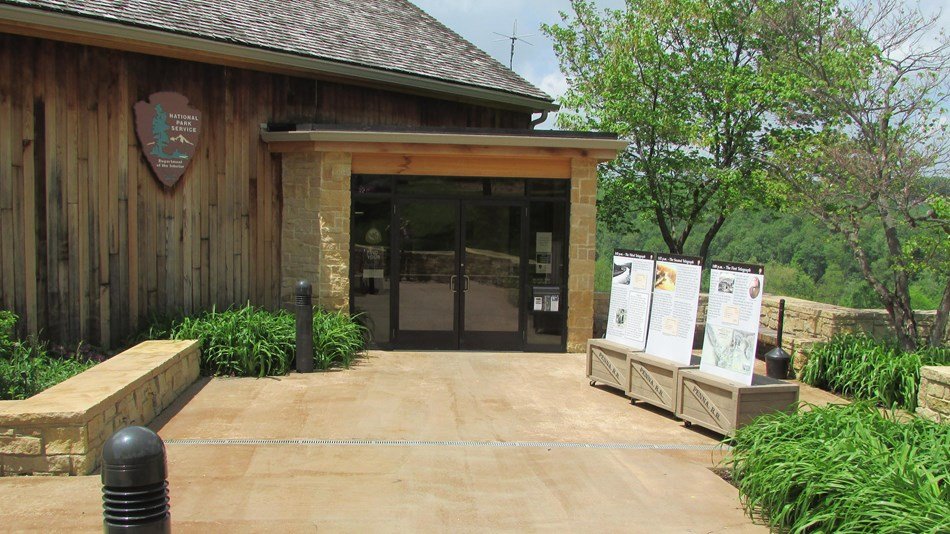 A view of the remnants of the South Fork Dam with the missing 270-foot section that was removed by the rushing water. 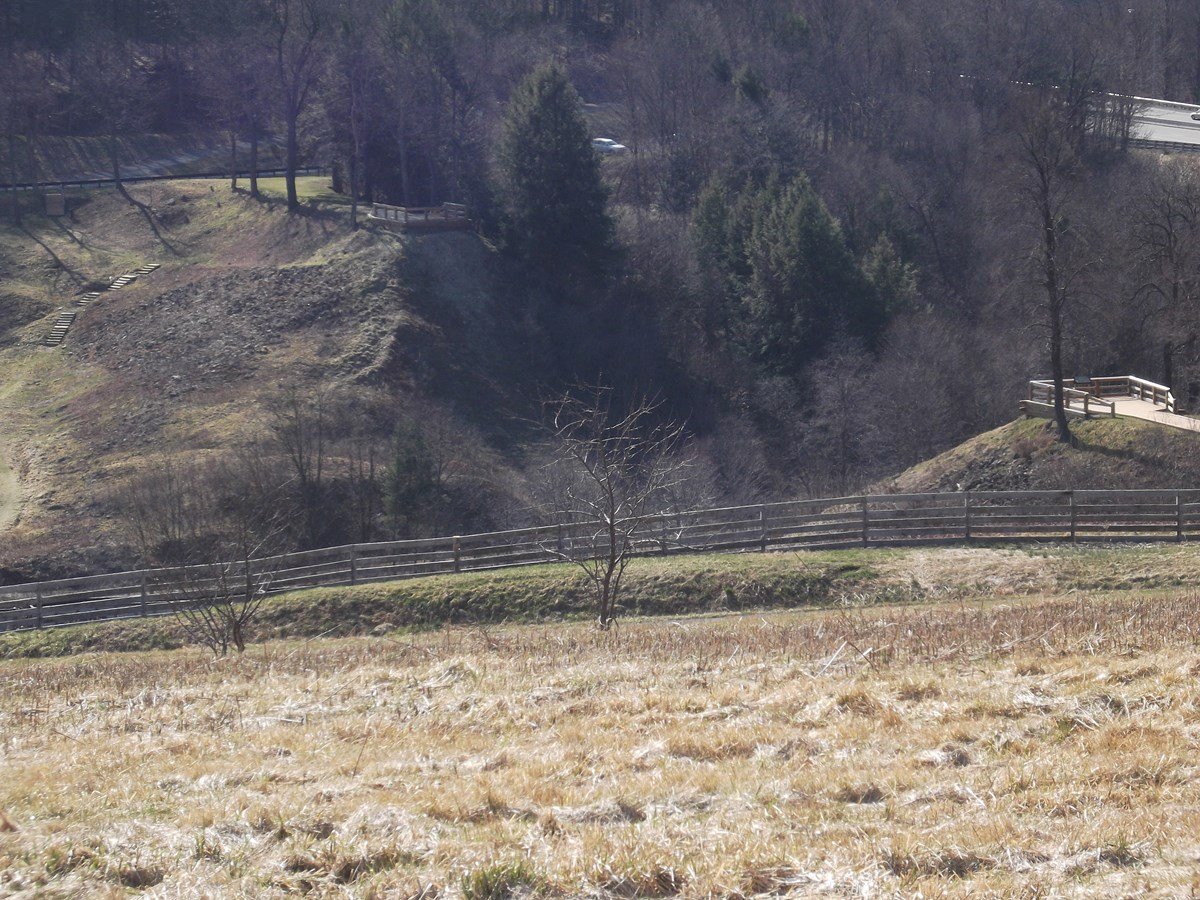 A diorama within the Visitor's Center museum depicting a man clinging to his home as it's swept away. This display also includes an audio recording of the man's tale. 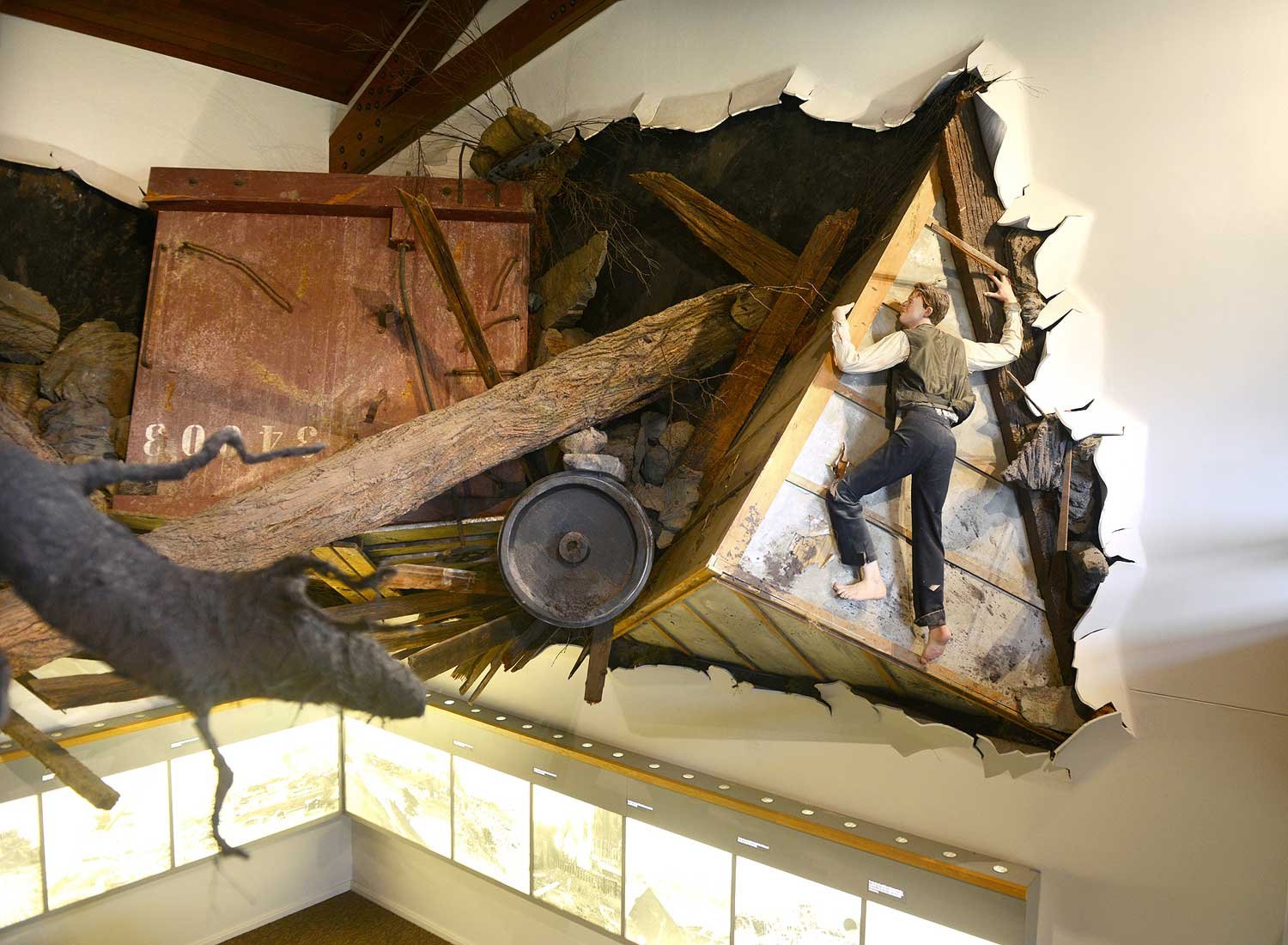 An informational placard with the Unger House in the background. 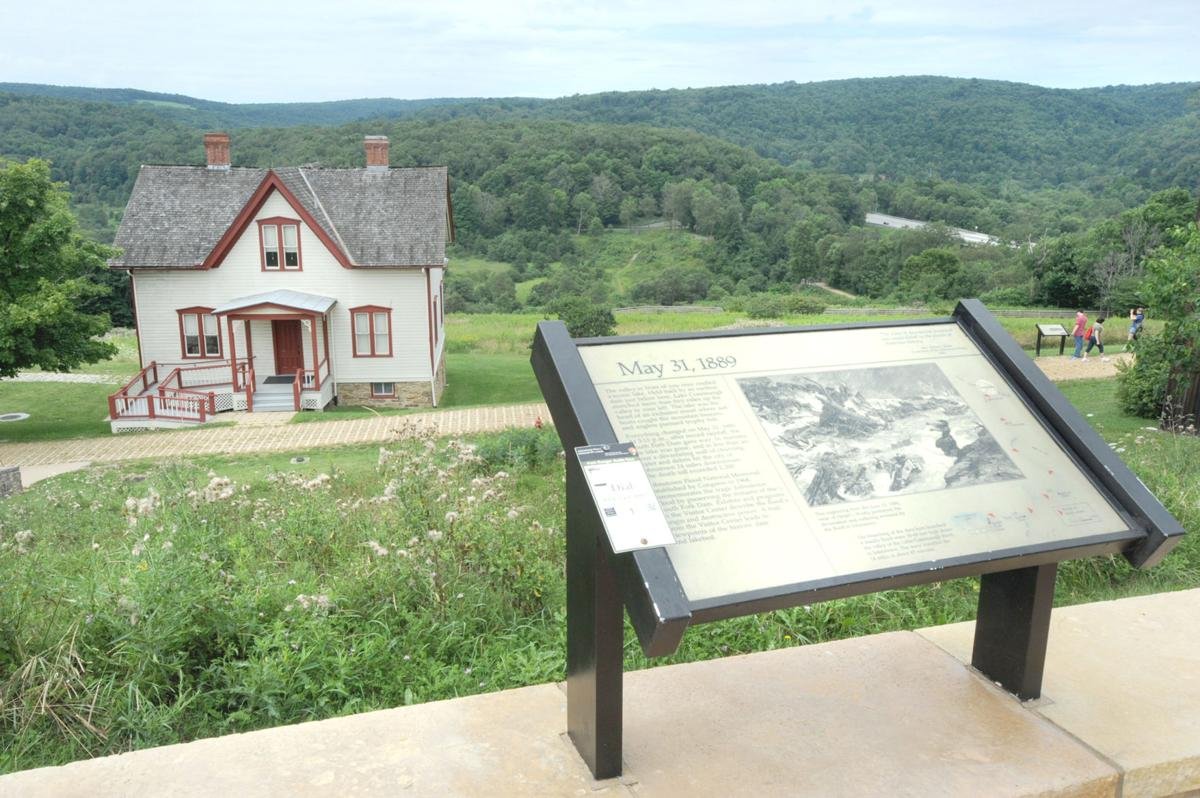 The refurbished clubhouse of the former South Fork Fishing and Hunting Club of Pittsburgh. 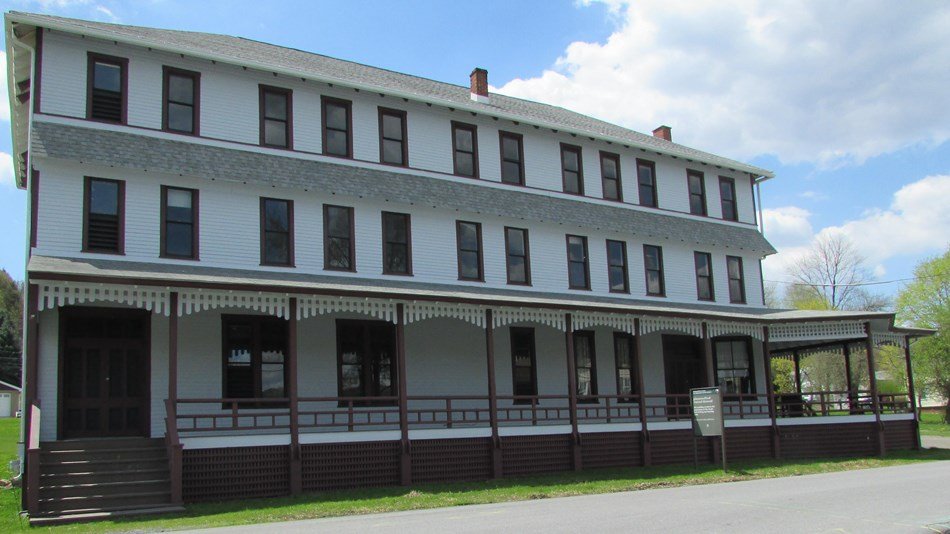 On the afternoon of May 31, 1889, the South Fork Dam, 12 miles northeast of Johnstown, failed, unleashing over 7.6 billion gallons of water.  The ensuing flood took over 2,200 lives, destroyed over 1,600 homes and caused over $17 million in property damage.  What makes this story even more tragic is the fact that this flood, in hindsight, appears to have been entirely preventable and inevitable at the same time and the Johnstown Flood National Memorial tells that tragic tale.

The story that the memorial tells begins back in the 1830s when canals were being constructed across Pennsylvania’s Allegheny Mountains.  During the summer months, these canals sometimes struggled for water on which to float the barges across the state.  As a result, the South Fork Dam was constructed to provide a reservoir of water for the Western Division of the Pennsylvania Mainline Canal that ran between Pittsburgh and Johnstown.  Haphazard construction on the dam continued from 1840 through 1853 and eventually created the 2-mile long Lake Conemaugh behind the earthen structure.

However, by the time the dam was completed, the brief age of the canal was coming to an end, replaced by the more reliable and efficient railroad.  As a result, the dam and lake became industrially unnecessary.  Both were eventually purchased by the Pennsylvania Railroad in 1857 and the dam was left unmaintained.  The dam was then purchased by Pennsylvania Congressman, John Reilly, in 1875 and the five sluice pipes, which were used to relieve water pressure on the dam, were removed and never replaced.  The dam, lake and surrounding area were then purchased by the South Fork Fishing and Hunting Club of Pittsburgh in 1879.

The Fishing and Hunting Club, whose members included Andrew Carnegie, Henry Clay Frick, Andrew Mellon, and Henry Phipps, used the lake and surrounding woods as recreational areas.  The club promptly lowered the dam to make its top wider for carriages and installed fish screens over the spillways to prevent their stocked bass from escaping.  These screens became totally clogged over the ensuing decade.  Excess water now only had three places to escape, either over, through or under the dam and it used all three the afternoon of May 31, 1889.

The memorial’s visitor center uses interactive maps and other displays to help patrons understand how this sad tale played out and the monumental rebuilding task undertaken.  The center plays a documentary film, entitled “Black Friday” every hour when open and its narrated light map allows visitors to track the water’s progression from the dam to Johnstown.  The Park Service also offers ranger-led hiking and “path of the flood” van tours through South Fork, Mineral Point, East Conemaugh, Woodvale and, finally, Johnstown, finishing at the Monument of Tranquility within Grandview Cemetery.  Patrons on these tours are also guided through the former South Fork Fishing and Hunting Clubhouse.  Visitors can also stand atop the dam’s north and south abutments, viewing the missing center section while contemplating how this tragedy could have been averted.