The Nemaha County Historical Society is at home in what was the Nemaha County Jail and Sheriff’s residence. This building served as the Nemaha County Jail since it was constructed in 1879. This building housed the jailer and his family. The rear wing contains steel cells for prisoners that were patented by P J Pauley. The citizens of Nemaha County were generally hard working and law-abiding; occasional drunkenness, fist fights and family spats were the typical fare for the Sheriff. The jail operated with only a small maintenance budget. But by 1905, general deterioration had weakened the floor and roof resulting in several escapes. The brick wall in one area was so weakened one prisoner simply pushed out a section and left. After a total renovation in 1907, the structure was once again solid and functional. Nemaha County ceased use of the building in 1975. The Nemaha County Historical Society purchased the site in 1978, establishing a museum in the building. The residence and jail were added to the Kansas and National Registers of Historic Places in 2004. 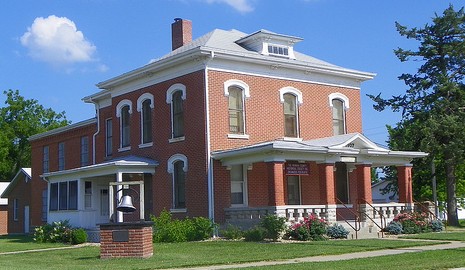 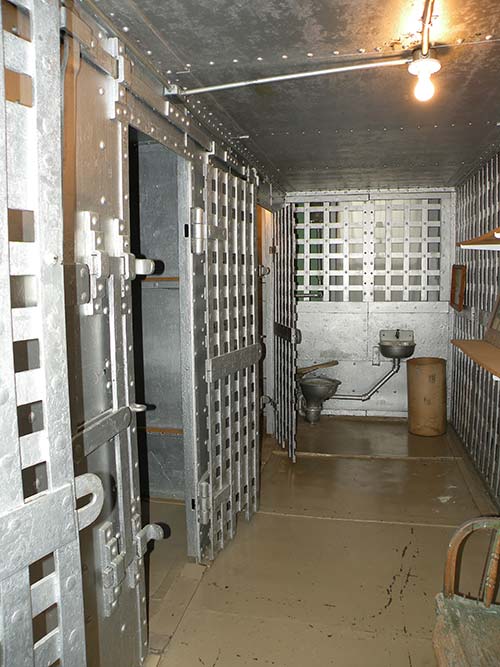 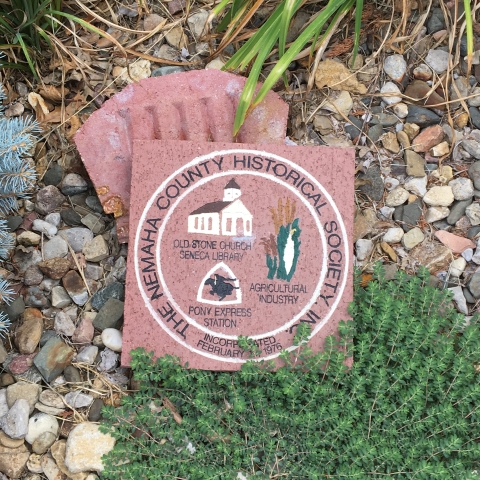