On June 23, 1944, the community of Shinnston endured a deadly catastrophe as a large tornado struck without warning. The tornado touched down at 8:30pm and left a path of destruction behind. The small town had never experienced this kind of disaster before as tornadoes are very uncommon in a mountainous state such as West Virginia. The tornado killed 72 people in Harrison County in addition to another twenty-one victims in neighboring counties. The Red Cross recorded a total of 846 injuries and four hundred homes destroyed. 1,686 families were affected by the destruction, either losing family members or property to the deadly storm. 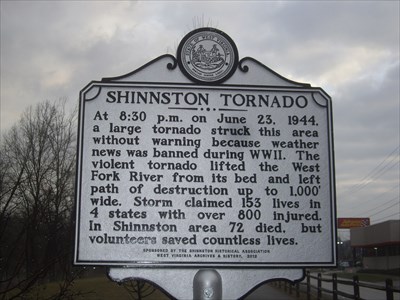 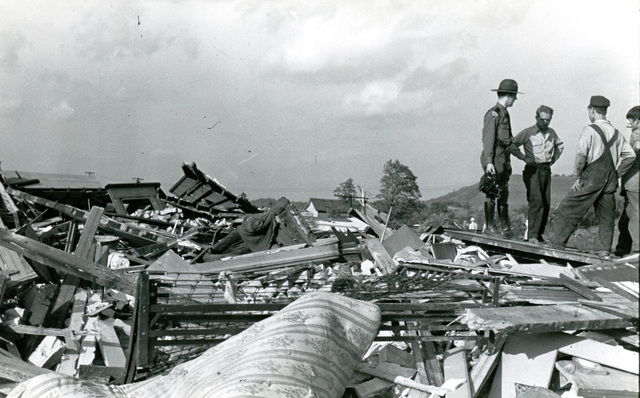 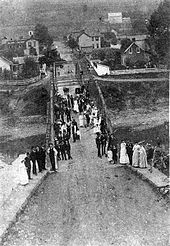 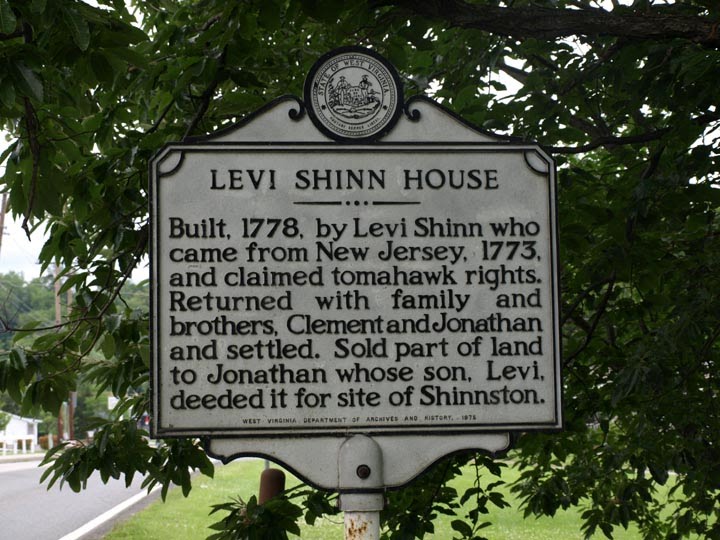 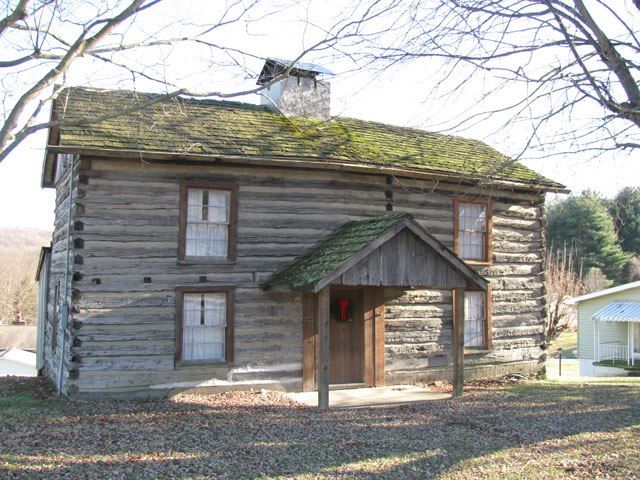 On June 23,1944 the small and quiet town of Shinnston, West Virginia was hit with a violent tornado that left a path of devastation that was over 1,000 feet wide. The funnel cloud came from the Northwest and was initially thought to be some sort of Black smoke from a fire but then onlookers noticed the trail of debris flying before it and knew it was a tornado. By that time, it was too late and the tornado struck the town at 8:30pm. It was so powerful that it lifted part of the West Fork River from its bed. This storm is said to be the most severe tornado ever experienced in the Mountain State.

The Red Cross gave the following summary of the deadly tornado: In West Virginia over 103 people lost their life, 72 of the 103 were in Harrison County, 9 were in Barbour County, 3 in Marion County and 7 in Randolph. 846 people were injured, 1,686 families were affected and over 400 homes were destroyed. The tornado was from 500-1,000 feet in width.

Reported destruction included entire homes demolished as well as peculiar stories of survival that are common with storms such as this one. For example, the tornado ripped a barn from its foundation and carried it, but a horse that was in the barn was unaffected while beams from the barn penetrated a nearby cow. Personal items were found hundreds of miles away.

Shinnston, West Virginia is a former coal town in Harrison County that runs along the West Fork River. Founded by Levi Shinn in 1778 when Shinn built his log cabin and it remains the oldest structure in Shinnston and in North Central West Virginia. In 1815 the town was laid out with three streets running parallel to the river and four crossing streets. In 1813 the first school held classes in a small cabin and in 1860 a larger building was used for both school and the town hall. In 1852 the town of Shinn's Town became incorporated by the government of Virginia. The early economic center of Shinnston was found in grain and saw mills. In 1890 the railroad came to town and nine years later the first bank was opened. The early 1900s saw an economic boom owing to the extraction of natural resources like coal, oil, and gas.