Created in 1920 by Russel Porter, in Springfield Vermont, this observatory served as the origin point of amateur telescope making. Located 1270 feet above sea level the observatory has a total of four telescopes, two of which are the only known turret telescopes in the world. Porter directly led the organization until 1928 when he moved to California. He returned the following year to begin construction of the Porter Turret Telescope the first telescope of its kind in the world. The observatory serves as the site for the Stellafane Annual Convention since 1926 and attracts thousands of visitors each year.

Stellafane Observatory, During its founding in 1920 the Ameture Telescope Makers consisted of 16 people, 15 men, and one woman. 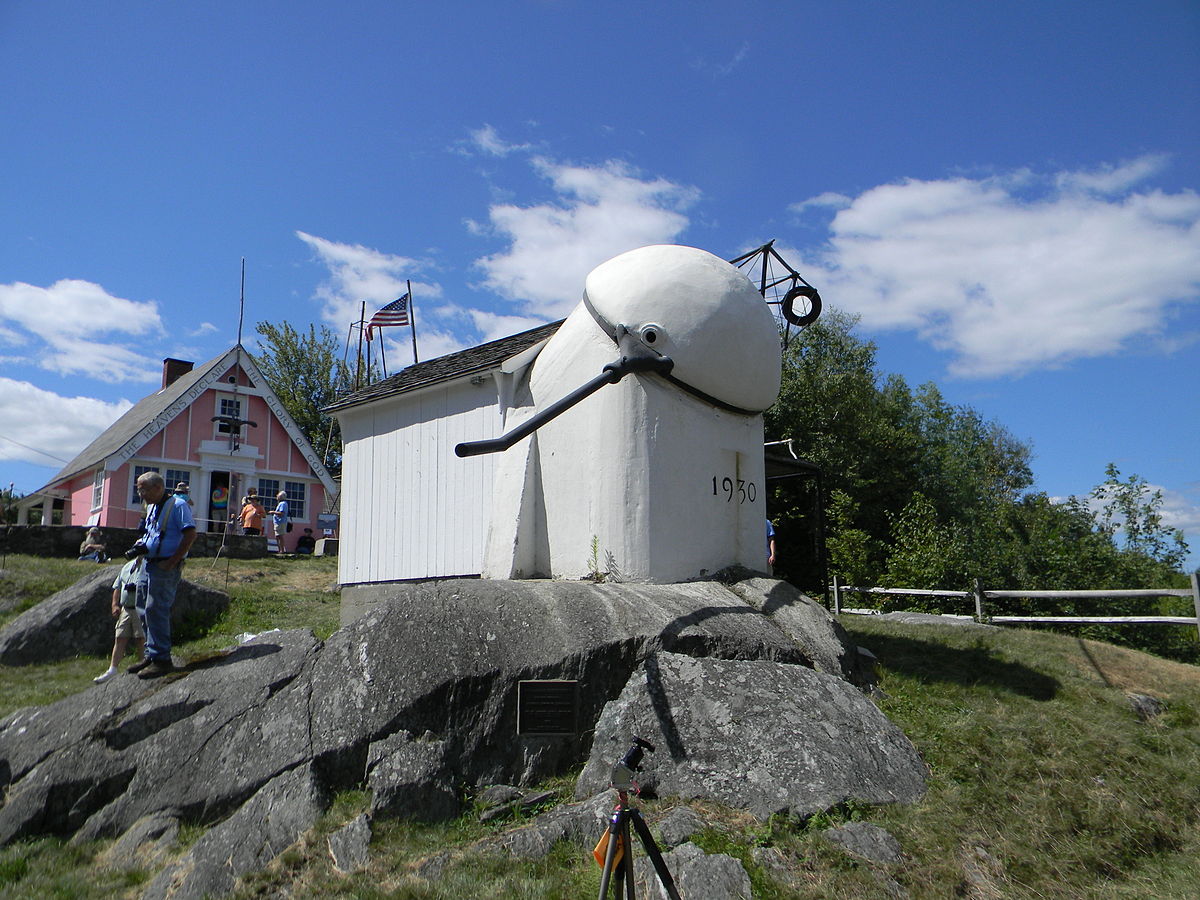 Domed Observatory, Plans for this telescope began in 2003, but it was not operational until 2006. 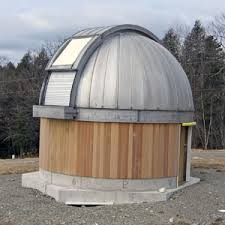 Russel Porter. Besides Astronomy Porter was also an Arctic explorer, glassmaker, and artist. 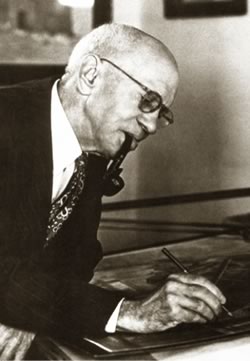 The Stellafane Observatory was created by Russell Porter who started the interest in amateur-made telescopes. He taught locals working in the machine tool industry the techniques required to construct telescopes. The Amateur Telescope Makers first met in 1920 in Springfield, Vermont at the Jones and Lamson Machine Company. Porter provided leadership for the new organization between 1920 and 1928 until he moved to California to create the Giant Palmer Telescope. In 1923 Porter donated land to the organization and created the architectural plans to construct a new clubhouse at Breezy Hill. That year they elected Porter President of the newly formed Springfield Telescope Makers, Inc., with applicants required to create a telescope mirror to join. By early 1924 Porter suggest the name for their new clubhouse should be “Stellar Fane” meaning “Shrine to the Stars” which was accepted and later shortened to Stellafane.

Interest in telescopes and astronomy spread internationally with Springfield as it source after the publication of articles about Stellafane in 1924. In 1925 an article was published in Scientific America about amateur telescope making which caused the club began receiving requests for instructions on constructing telescopes. Stellafane held its first annual convention in 1926 with twenty people attending from New England and New York participation, then the following year that number tripled. By 1928 Scientific America began running a regular article about telescope making. Russell Porter’s influence on the organization quickly ended as he moved to work on the construction of the then largest telescope in the world, the 200-inch Giant Palmer Telescope. Porter, despite being on the other side of the country, still maintained regular contact with the organization and came to its annual conventions. His greatest contribution to the organization was in 1929 when he presented the plans for the world's first rotating turret telescope. Porter returned to Springfield in the summer of 1930 to oversee the telescope’s construction until its completion in 1931. The Porter Turret telescope and another smaller turret telescope at the Stellafane Observatory are currently believed to be the telescopes of their kind in the world.

Porter participated in his final convention in 1946 before dying three years later in California. In 1986 the campsite used by the organization for its annual convention was turned into a tree farm, threatening the future of the event. However, several members purchased a 40-acre farm by placing their own houses as collateral. In 1999 the State of Vermont proposed the construction of a new prison in Springfield raised concerns about the light population from the observatory. The observatory and other parties convince Springfield to accept a low-light facility, which they did. When, in 2003, all the lights were activated the observatory only notices a slight increase in light pollution. The observatory added two telescopes since its foundation, the McGregor Observatory in 1995 and the Domed Observatory in 2005. The Observatory’s annual conventions continue to attack thousands of visitors each year for around the world. The National Park Service placed Stellafane Observatory on the National Register of Historic Places on December 20, 1989. Today Porter is internationally respected as the creator of “the amateur telescope-making movement” for his work at Stellafane.