Travelers along the original Oregon Trail carved their names on several of the large basalt boulders that are located here. Many emigrants etched their names and the date as they passed these boulders. The largest of these boulders is now housed in a shelter that was built after the boulder, known today as Register Rock, was added to the National Register of Historic Places in 1978. The shelter has helped to preserve the etchings, many of which are still perfectly legible today. 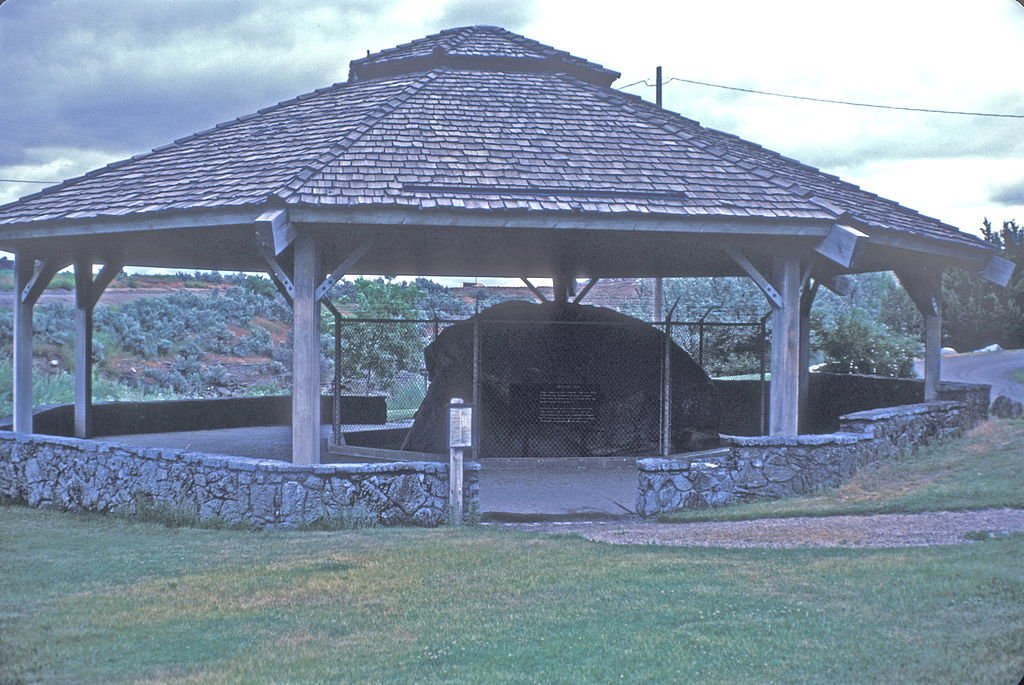