In 1990, Eastern decided to expand the library after complaints of the building being too small. After several years, the school managed to raise $1.7 million for the addition. It was dedicated in 1996 and was named after Thomas and Hazel Little, who were alumni of Eastern Kentucky State Teachers College (classes of 1937 and 1929, respectively). The pair spent their entire careers committed to education. Thomas C. Little retired as superintendent of Richmond (VA) Public Schools in 1976 after four decades as an educator. One of his career highlights was spearheading the desegregation of the school system. Hazel Calico Little taught in various Kentucky school systems from 1929-46 and later taught at Peabody State Teachers College. In 1989, she established the Thomas C. and Hazel C. Little Institute for School Administrators at EKU to assist teachers who wish to further their education.

Hanly Funderburk speaking at the dedication of the Thomas and Hazel Little addition of the Crabbe Library, 1996. EKU Photo Collection. 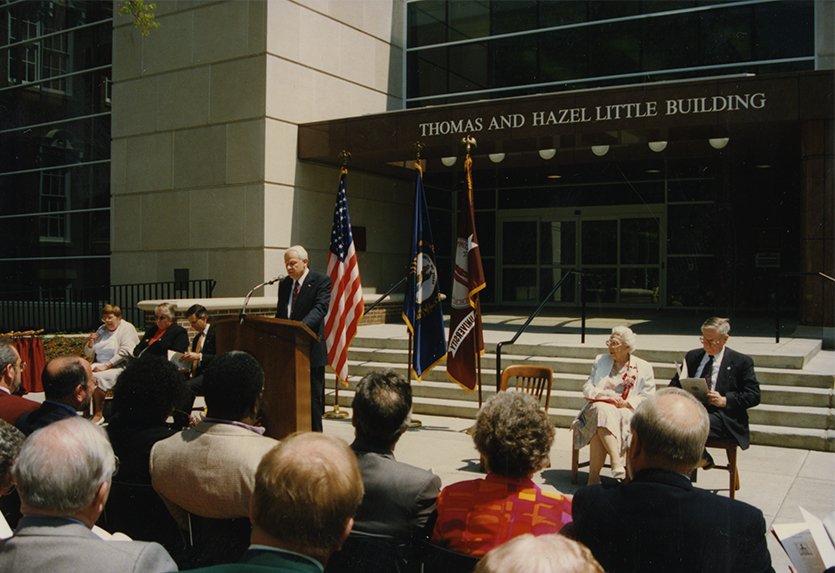 Hazel Little and other unidentified people spreading mortor on the cornerstone at the dedication of the Thomas and Hazel Little addition of the Crabbe Library, 1996. EKU Photo Collection. 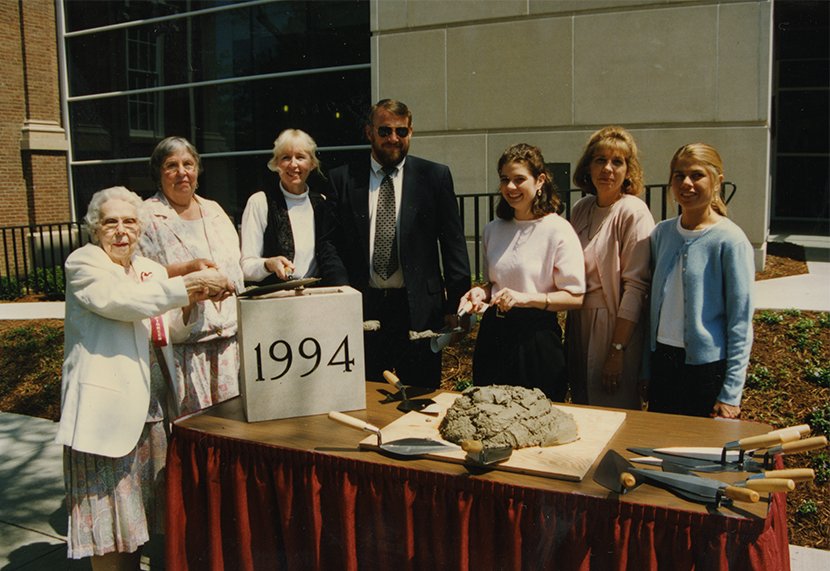 Photo looking down into the open area inside the Thomas and Hazel Little Building addition to the Library where it connects to The University building, 2005. EKU Photo Collection. 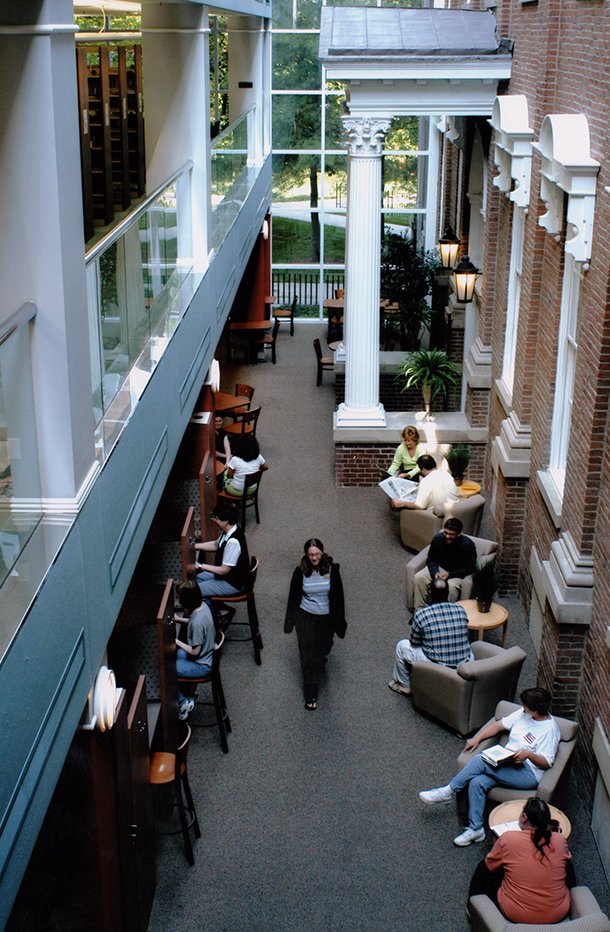