The next time you’re sitting in class in the Wallace Building, take a look around you. It might be hard to believe, but you’re sitting in the spot where Eastern used to play football and conduct ROTC training. Located where Wallace and the Meditation Chapel now sit, Hanger Stadium stood from 1936 to 1968. During its 33 year history, it was home to 139 football games (Eastern won 88 of those!). The stadium also included living quarters for athletes under the concrete bleachers. If you search, you’ll find a plaque dedicated to the stadium - but don’t believe everything it says! The plaque states that Hanger Stadium was named for W. Arnold Hanger, but according to Eastern’s Board of Regents minutes, the real namesake of the stadium was his father, Harry B. Hanger! 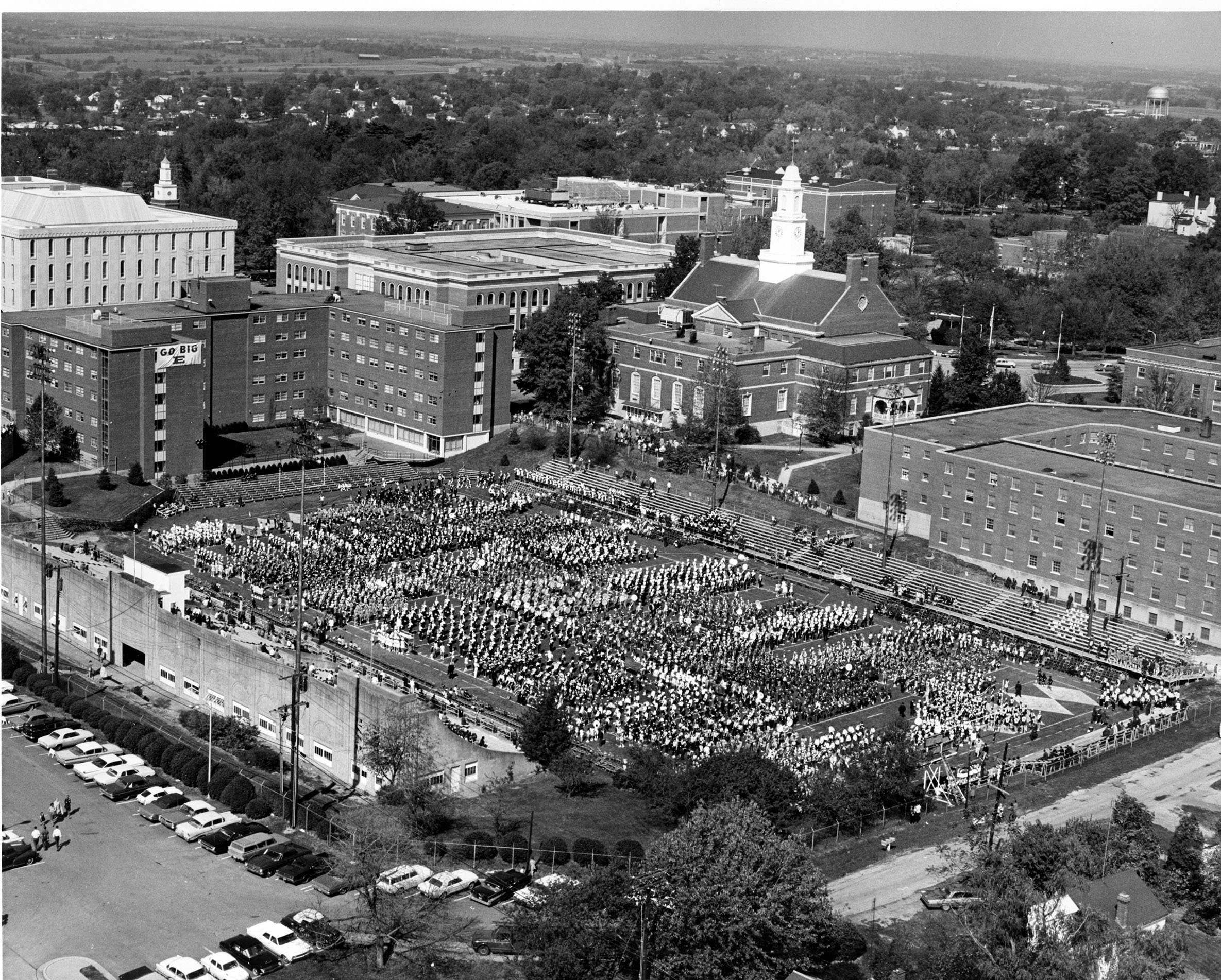 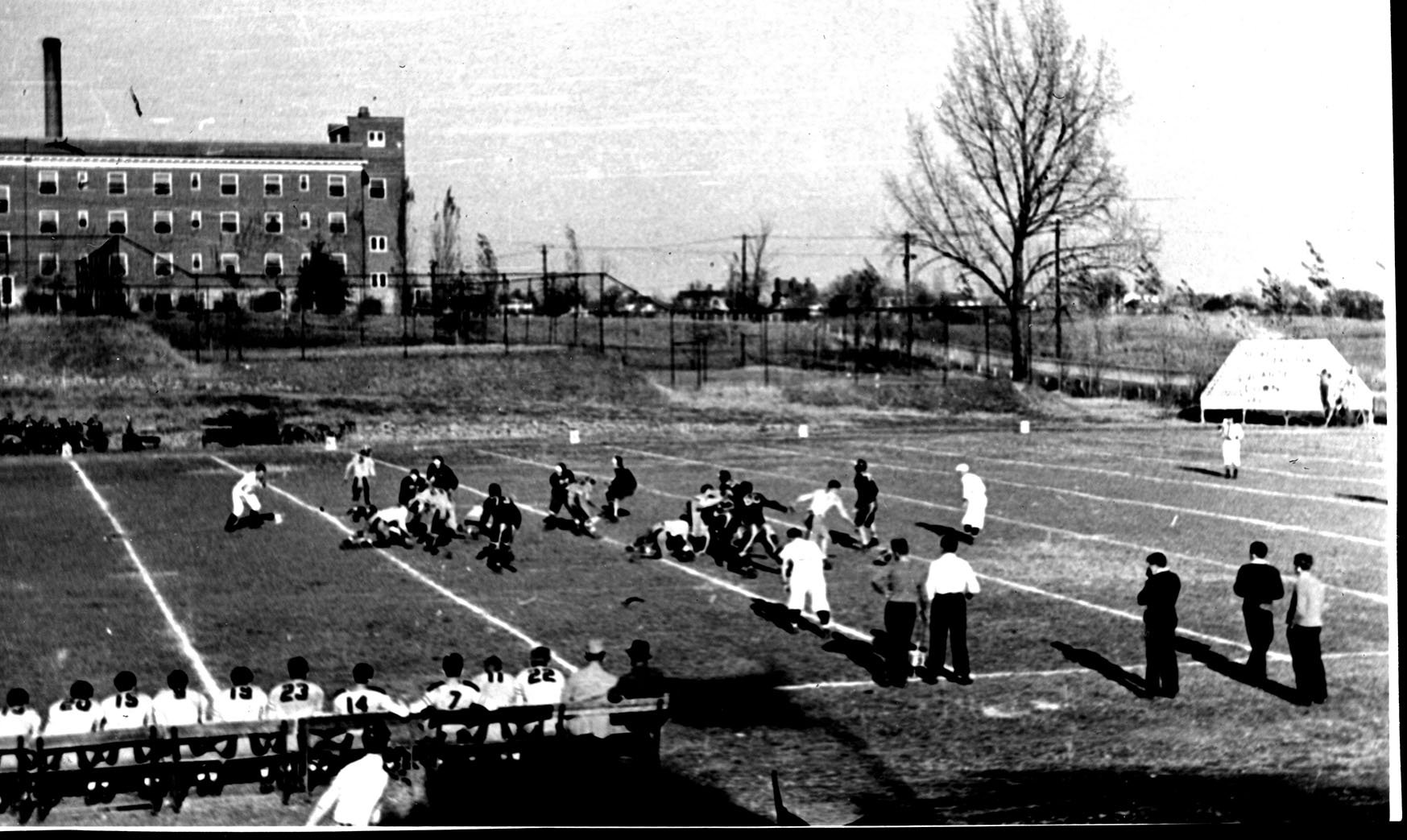