The British Transportation Museum is the country's only museum devoted solely to British cars. It was founded in 1989 (it opened in Dayton in 2000) and features a collection of over 40 cars as well as over 15 bicycles. Cars in the collection include a 1936 Austin 20 Mayfair Limousine, a 1972 Jaguar XJ6 Series 1, and a 1989 Rolls Royce Silver Spur. Also on display are photographs, memorabilia, and artifacts such as a number of antique cash registers. There is also an art gallery and library, which contains books and articles about British modes of transportation. The museum hosts events throughout the year including Dayton British Car Day.

The 1989 Rolls Royce Silver Spur is one of over 40 cars in the museum's collection. 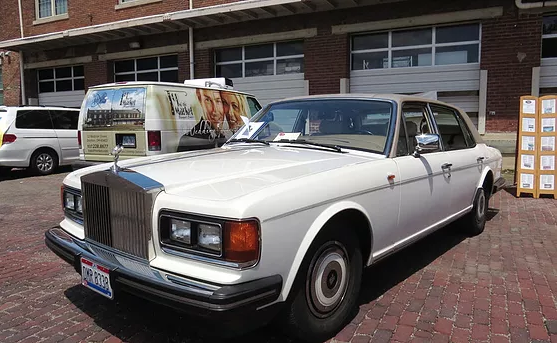 Open Mondays 10-4 p.m or by appointment