The John Hay Library at Brown University was completed in 1910 and houses the University’s special collections and the archives of the university. The library is named in honor of Brown alum John Hay who served as Lincoln’s private secretary. The library includes the world’s largest collection of American poetry and plays, extensive materials on the history of science, and numerous artifacts related to President Lincoln. The library holds collections related to the history of the university, athletic teams, students, and faculty, as well as items donated by alumni. Some of the library’s other holdings include a large collection of toy soldiers and the personal correspondence of one of the world’s foremost horror writers. 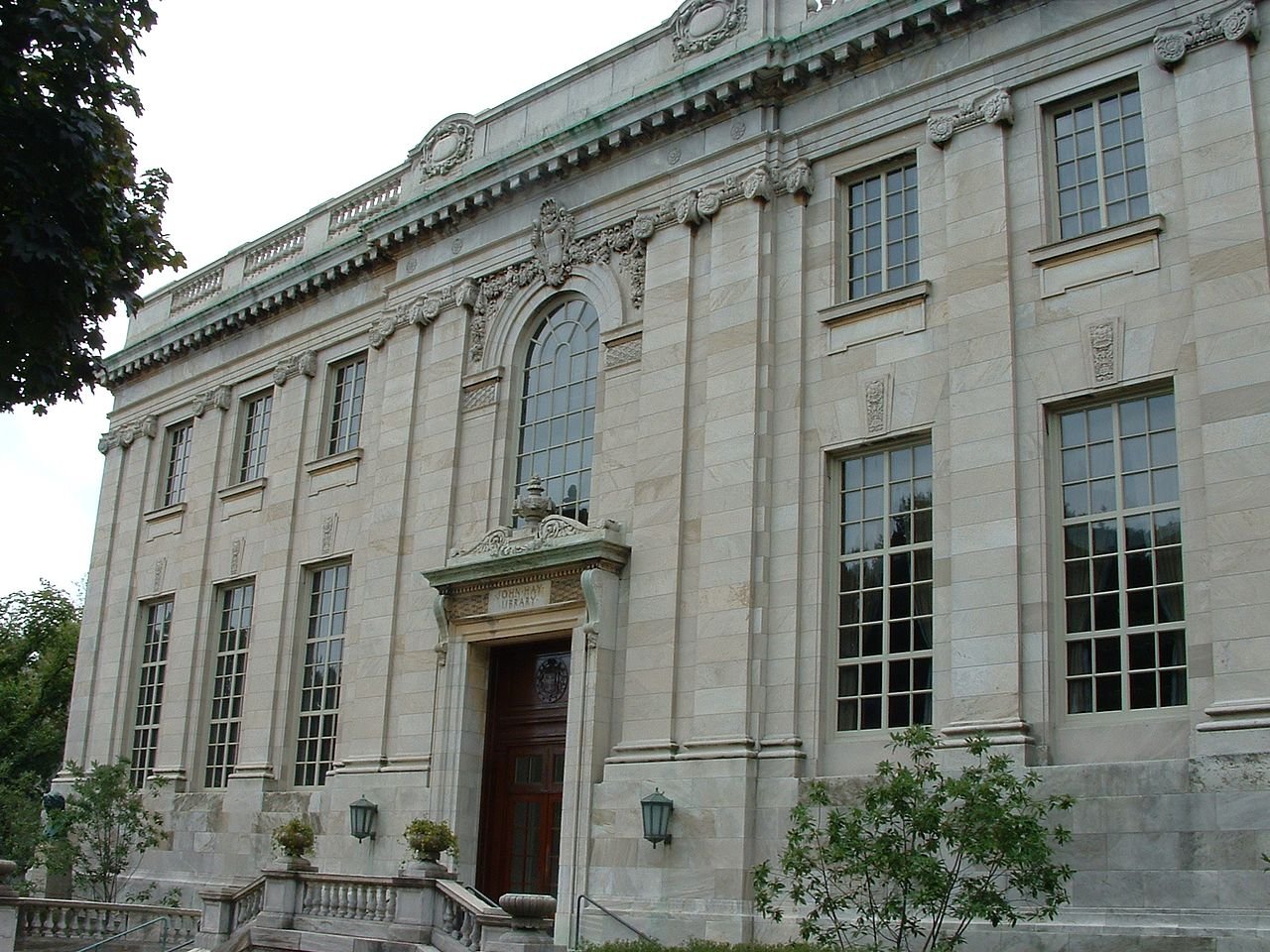 The John Hay Library also fulfills another important function of every university library everywhere: a place for students. 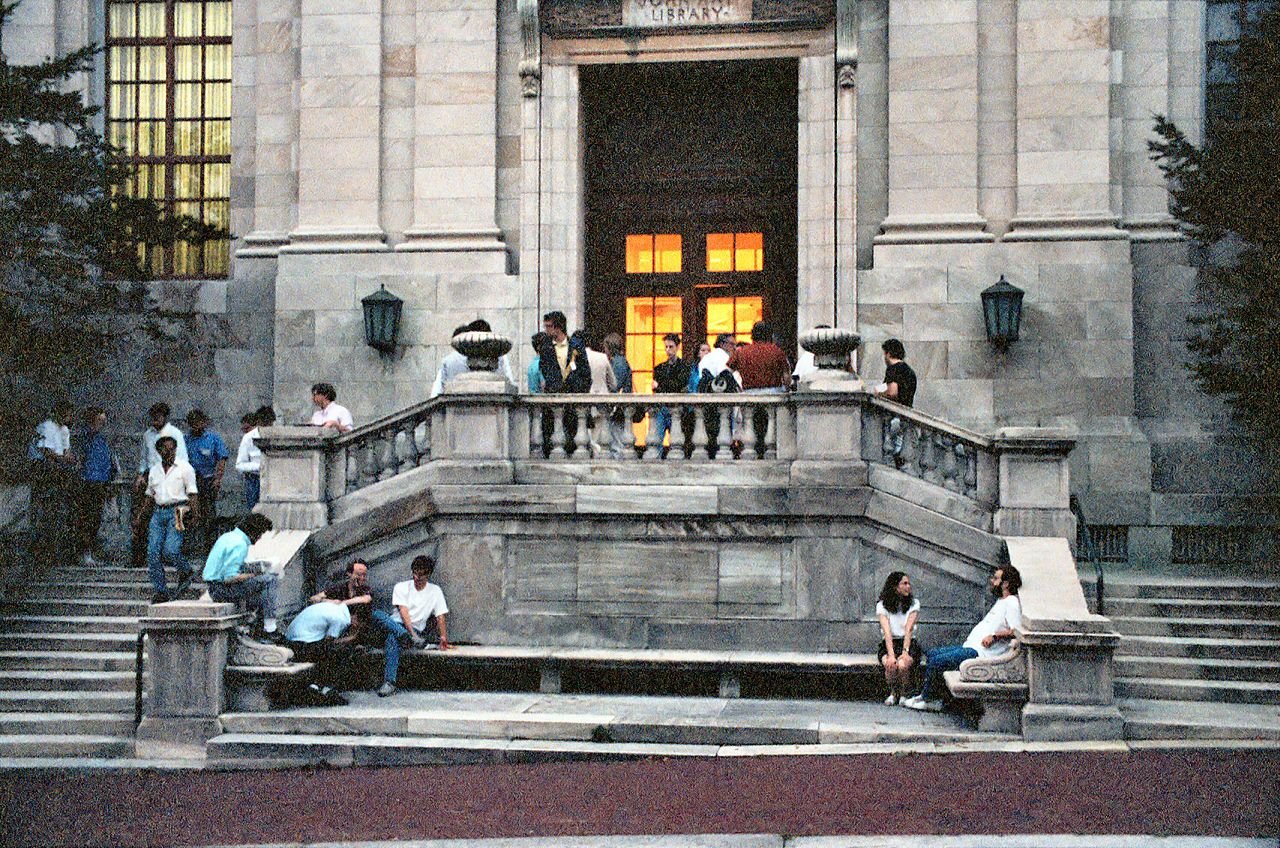 A young John Hay, while still employed as Lincoln's assistant. 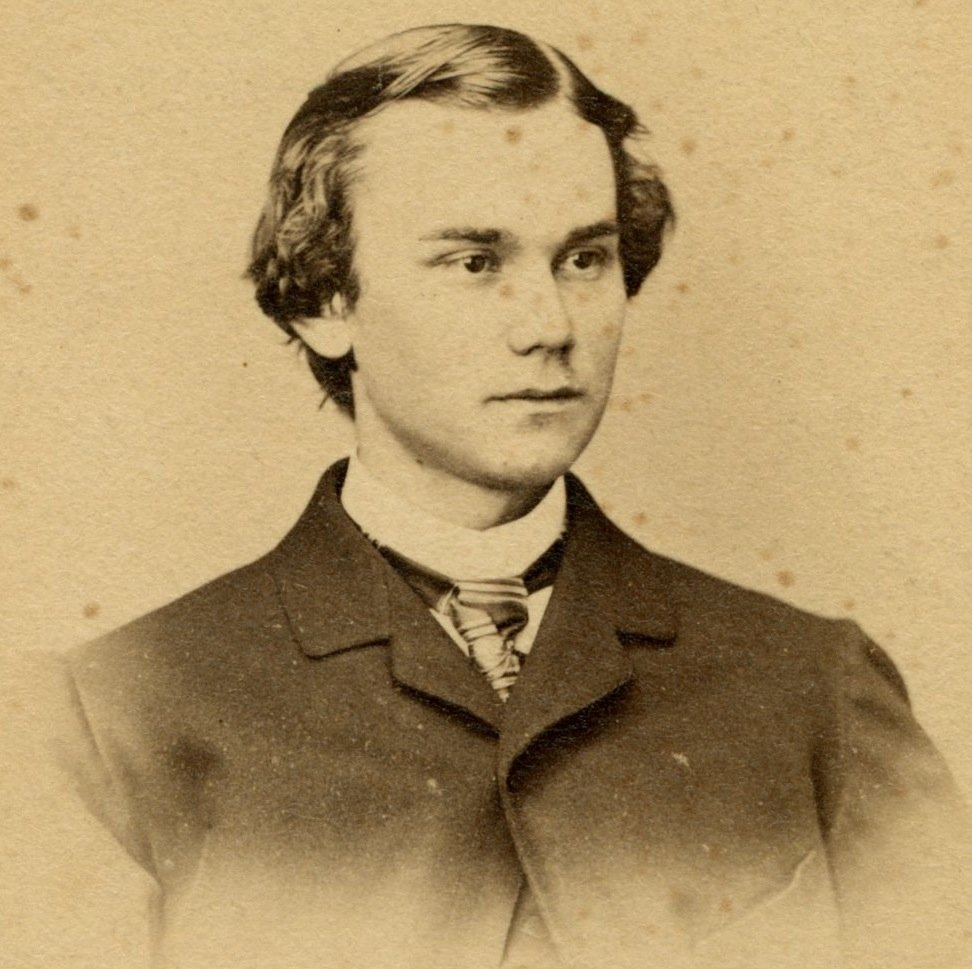 John Hay, 40 years later and just 6 years prior to the time when this library was named in his honor. 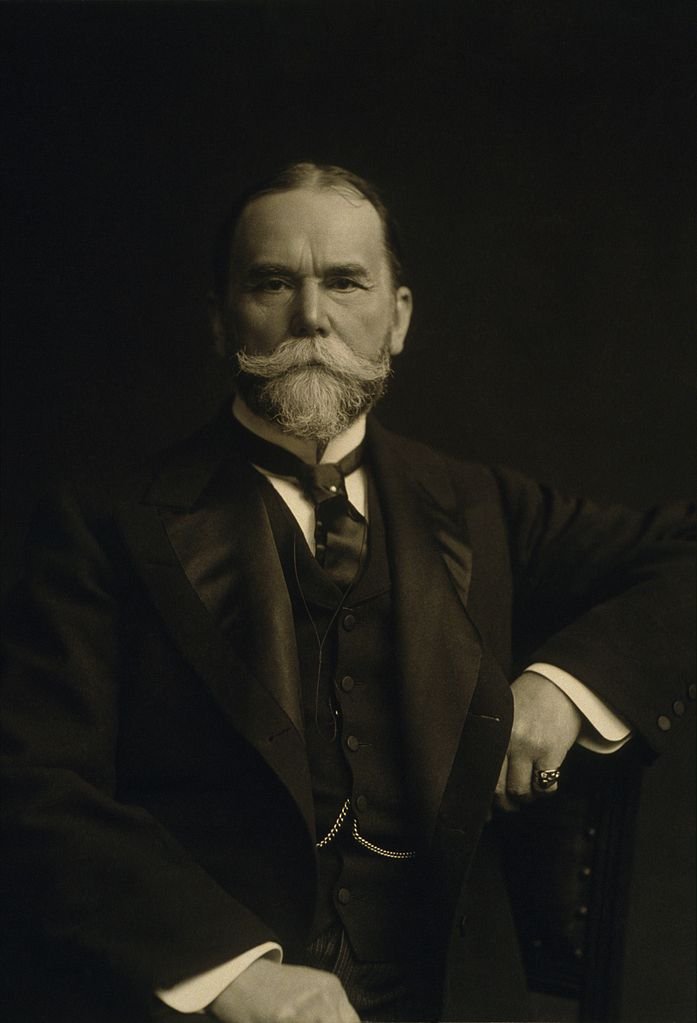 A display of various historic objects from the Hay LIbrary collections. 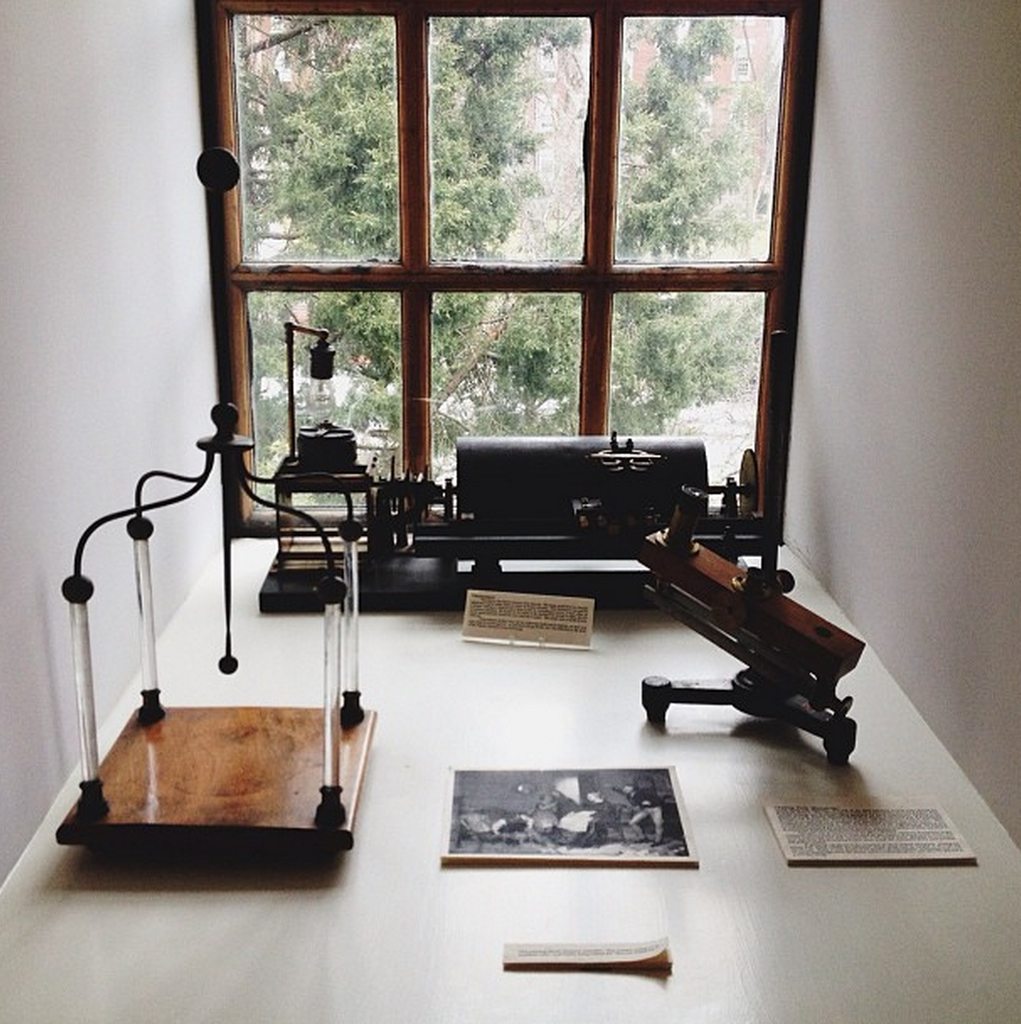 John Hay Library was constructed in 1910, which makes it the second-oldest library on the Brown University campus. It was named for John Hay, who had been Lincoln’s private secretary and assistant and had graduated from Brown in 1858. The naming was done at the request of Andrew Carnegie, who had contributed half of the $300,000 construction cost. When Hay Library opened, it became the main library for the university. The former library was re-purposed at that time and now known as Robinson Hall. Up until 1964, the Hay Library served as the main library. In that year, many of the library's holdings were relocated to the newly-constructed John D. Rockefeller Library. Today, this library serves both as a campus library and the home of the university's special collections. Since that time, it has undergone two major renovations, the first in 1981 and the second in 2014.

The Brown University Archives, which are housed in the Hay Library, hold records covering the entire history of the university from 1763 until the present day. It also contains photographs, student publications, personal papers and artifacts. The Edward Robinson North archives document over 150 years of Brown athletics, and take their name from a Brown alum (class of 1896) who played on Brown’s 1896 national championship baseball team and later coached football at Brown for 24 seasons. Yet another collection, this one named for Christine Dunlap Farnham (Pembroke College, class of 1948), is dedicated to women’s history and feminist theory.

The library's special collections include an interesting and eclectic assortment that includes such items as a coffee pot belonging to Robert “Dr. Bob” Holbrook Smith, co-founder of Alcoholics Anonymous, a military blouse belonging to Alison Palmer (class of 1953), the first person to file a sex discrimination lawsuit against the Department of State as well as one of the first American women to be ordained an Episcopal priest, and a sampler stitched in 1802 by the then 10-year-old grandniece of President John Adams which depicts several buildings from the Brown campus. The Anne S.K. Brown military collection includes over 5,000 toy soldiers as well as prints, paintings, sheet music and other items depicting the life of a soldier from the 16th century up through World War II. The library also houses collections of books, papers and other artifacts from numerous well-known authors, among them Henry David Thoreau, Emile Zola and Edgar Allan Poe.

There is also an extensive collection of personal letters and manuscripts from Providence’s own H. P. Lovecraft. Not only does the John Hay library house Lovecraft's papers, but he also mentioned it in in two of his stories, "The Case of Charles Dexter Ward" and "The Haunter of the Dark."

The library even holds four books that have been bound in human skin known as anthropodermic books. Anthropodermy, or binding books in human skin, was sometimes practiced in the 18th and 19th centuries, often using the skin of cadavers used for dissection but occasionally using that of executed criminals. One item in the Hay’s collection is a copy of a 16th century anatomy textbook calledDe Humani Corporis Fabrica, which was bound in 1867. Two more of the skin-bound books are copies of Hans Holbein’s Dance of Death, one of these originally bound in 1816 but rebound (also anthropodermically) in 1893 and the other bound in 1898. The most recent addition to the collection is a book entitled Mademoiselle Giraud, My Wife which was bound (hopefully not with the titular Mme. Girard herself) in 1891. All of these books are on “restricted” status, and require permission to view – permission which is only granted for scholarly purpose, and not to any old curiosity-seeker. These bindings are somewhat fragile, after all, as human skin tends to be after a century or so.

The John Hay Library is open on weekdays. While certain items from the special collections may be put on display from time to time, if you wish to see any item in particular, you will need to request permission from the library staff ahead of time. Your viewing will also be confined to the library’s special collections reading room, as none of the items are available to be checked out.