In 2002 nine miners from Quecreek Mining Inc got trapped in a four foot chamber that was 240 feet below the surface. Those nine miners ended up getting trapped with 50 to 60 million gallons of water. This occurred when an old wall to mine was one of the flood shafts that hadn’t been worked on since 1950. The results from that led to the nine miners being trapped underground for 77 hours. 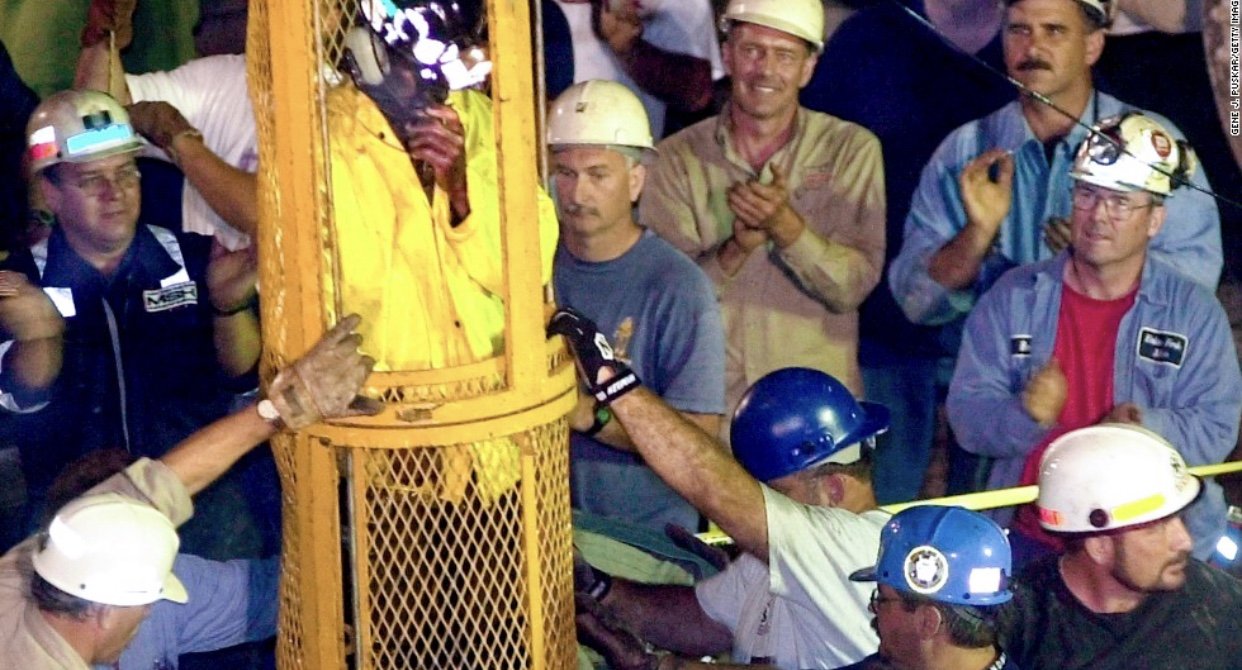 Miners  from Quecreek mining Inc ended up accidentally getting trapped in a mine for 77 hours. Those nine miners were trapped with between 50 and 60 million gallons of water due to an older wall that hasn’t been worked on since the 1950s got broken into. Rescuers drilled 6 inch holes for the miners below to be capable of getting oxygen, not only that but the rescuers had to drill a 24 inch hole to be able to get the miners out one by one. The Labor Department found out later on that  outdated and inaccurate maps that dated back to 1957 led to the accident.1

The rescuers tried to help the miners by attempting to slow the flooding by pumping out water and to drill a 6inch hole down to the miners to provide them oxygen. When they were drilling it ended up breaking at 105 feet. After 18 hours drilling began again with a 26 inch drill A second hole was made.2  The second drill also ended up breaking  and was being fixed when the first hole that was made had broken into the mine.

The rescue team were notified that the nine miners had water all the way up to their necks and had to race against time. All nine of the miners were in good condition except for one who said he had chest pains. The rescue team had brought an 8 and 1/2 foot high steel mesh escape capsule which was  lowered to the miners. They lowered the capsule into the shaft and one by one the miners climbed into the cage and was lifted back up. The miner who had chest pains was the first to be resurfaced at around 1am July 28th. The rest of the miners came up starting off with the heaviest person on down to the lightest. At around 2:45am all miners were safely brought to the surface. All nine of the miners were rescued and ended up filing a lawsuit on the company for its outdated maps which caused them to be in that predicament.

The site where the rescue had taken place  is currently  a memorial park. 3 The memorial park is open to visitors and includes all the capped shafts drilled to save the miners, a 7-foot bronze statue of a miner, and the Monument for life Memorial.  There is a Visitor's Center contains artifacts from the rescue one of them being the cage that went and got the miners out. Even some of the miners clothing is on display.