Charlie Howard and companion Roy Ogden were walking near this bridge when they were attacked by three teenagers on the night of July 7, 1984. The teenagers harassed the two men simply because they were homosexual. They chased and beat Charlie Howard and threw him over the State Street Bridge despite his pleas for mercy and despite Howard telling the three young men that he could not swim. Howard's body was recovered hours later and news of the murder galvanized gay and straight residents throughout Bangor. The Bangor city council approved a memorial for Howard in 2007. When vandals desecrated the monument in 2009 and again in 2011, residents of Bangor again came together to stand against intolerance through demonstrations and the restoration of the monument. One of the three young men, now an adult who lives in Bangor, regularly speaks out about the consequences of intolerance and his fateful actions that led to Howard's death-something he thinks about every day.

75 gathered in 2009 to re-dedicate the Charlie Howard Memorial after it was vandalized. Photo by John Clarke Russ of the Bangor Daily News 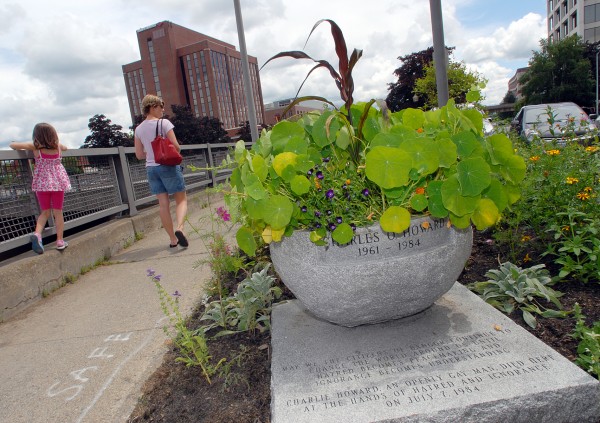 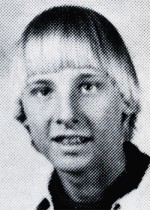 Diversity Day is now celebrated each year on July 7th in remembrance of Howard and the hate that led to his tragic death. Miki Macdonald, who helps to maintain the memorial, told the Bangor Daily News that the vandalism has not only failed to intimidate activists but helped remind the community of the continued intolerance that still exists. “Actually, having something so offensive like that happen to the memorial made all these people regroup, and I think it’s rekindled our intention to encourage tolerance in our community,” she explained.