Right off of Broadway, this vintage sign denotes the location of Sardi's restaurant. 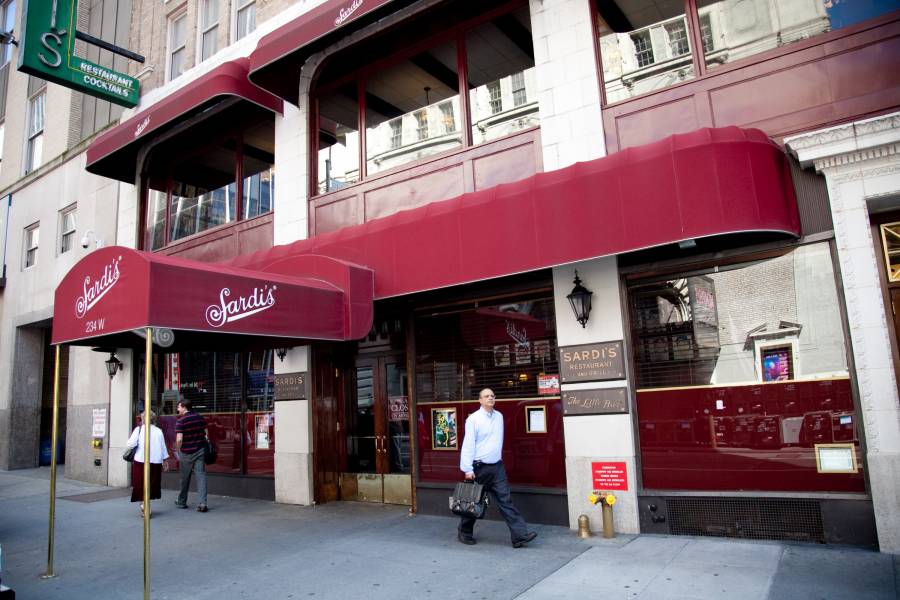 Vincent Sardi, Jr. owned and managed Sardi's for over 50 years 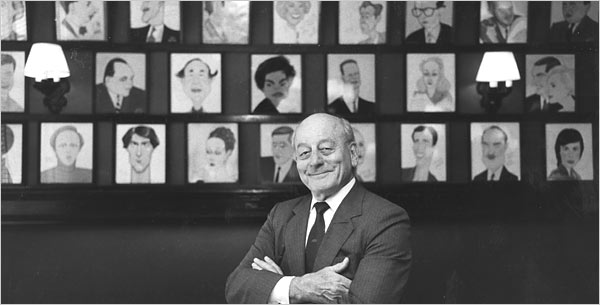 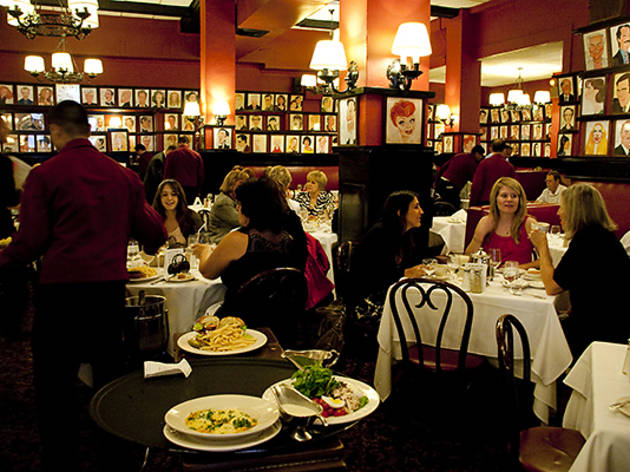 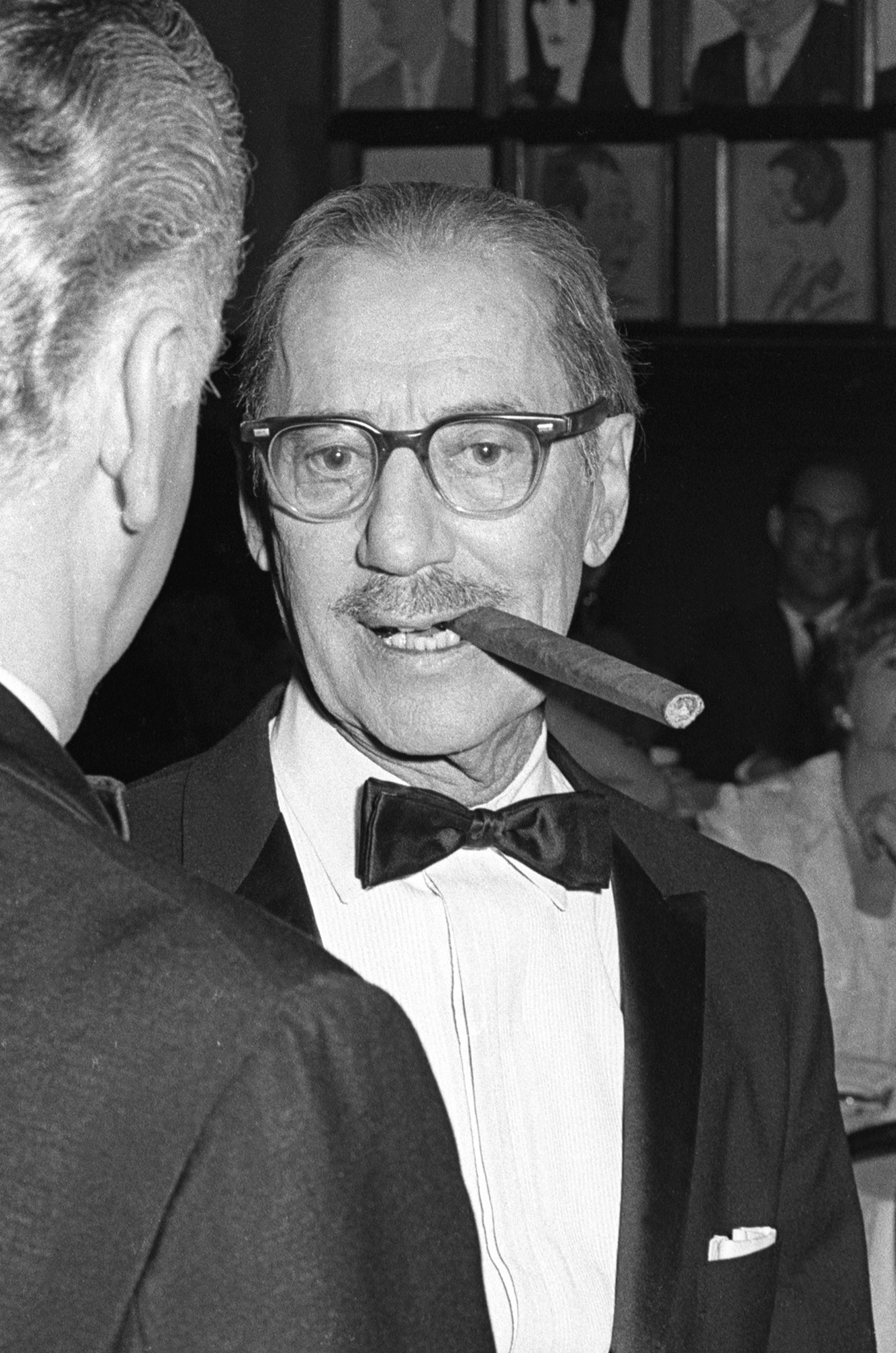 Sardi's "Little Bar" on the main level features the caricatures of one of New York's most beloved shows, "The Honeymooners." From left to right: Jackie Gleason, Audrey Meadows, Art Carney, and Joyce Randolph 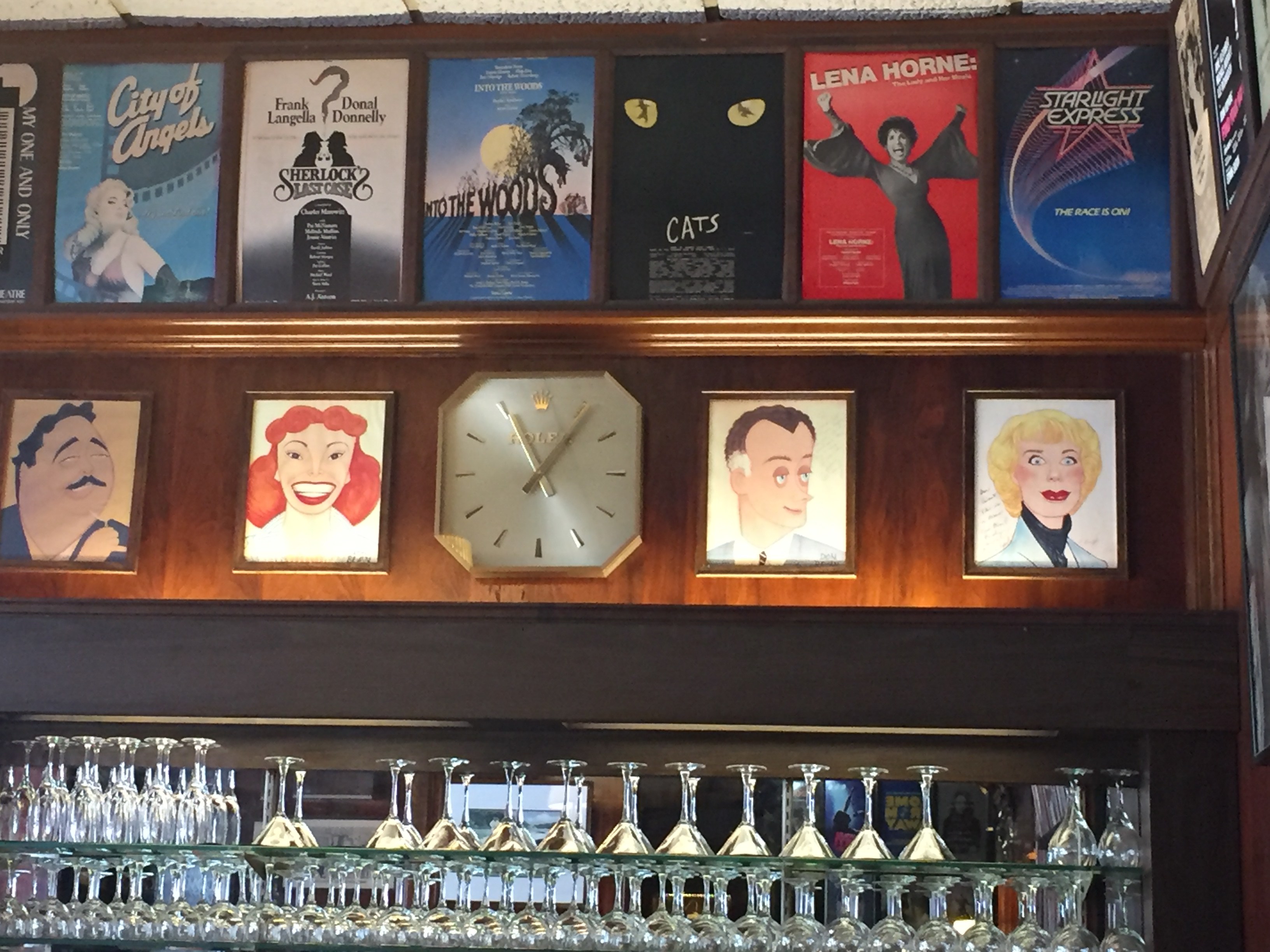 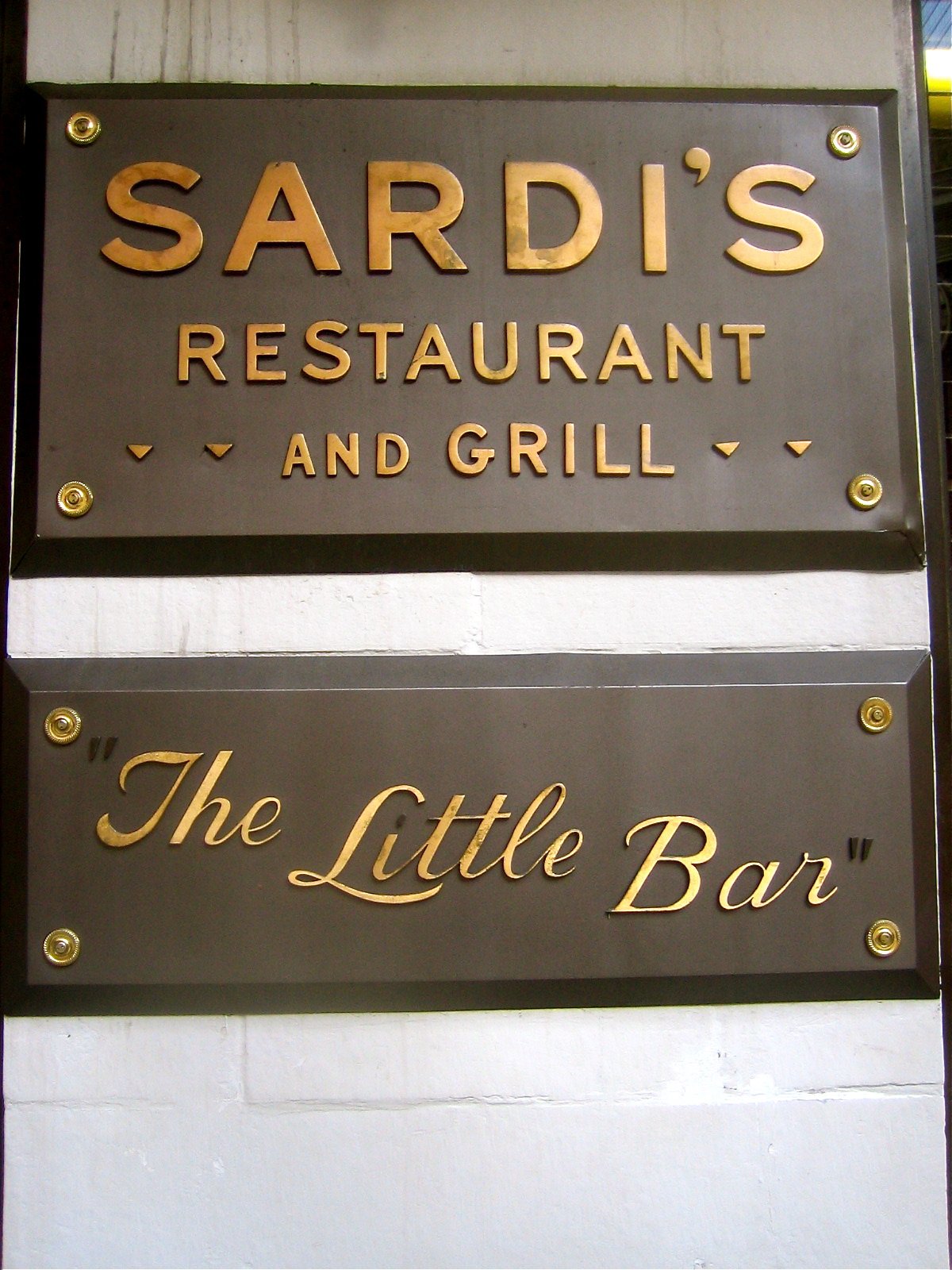 The story of Sardi's began in 1921 in the basement of a brownstone located at 246 West 44th St. when Vincent Sardi opened a small restaurant appropriately called "Little Restaurant." Over time, actors and theater goers began to simply call it "Sardi's." In 1927, 246 was demolished to make room for the new St. James Theater, so Sardi's moved to 234 West 44th, where it still remains.

In the early years during the Great Depression, Sardi's struggled to turn profit. Vincent Sardi thought of the idea to bring the famous faces of Broadway to life through caricatures. The first artist Sardi hired was Russian-born Alex Gard. Gard was not paid with money but instead was offered two meals a day at Sardi's in exchange for his artistic talents. In total, Gard produced more than 700 of the famous caricatures gracing the walls of Sardi's.

Sardi's became the favorite New York watering hole for well-known names such as columnist Walter Winchell, Liza Minnelli, Lauren Bacall, James Cagney, Fred Astaire, and musical composer Stephen Sondheim. In addition, Sardi's was the birthplace of the Tony Award. When the actress and American Theater Wing founder Antoinette Perry died in 1946, her partner was eating at Sardi's when he came up with the idea to name an award in her honor. For years thereafter, the Tony Award winners were announced from Sardi's.

The Theatre District of New York has drastically changed since Sardi's first opened at 234 West 44th St. in 1927. However, both Vincent and Vincent Sardi, Jr. were creative, dedicated, and inventive enough to ensure that Sardi's would withstand any undeniable change. After all of these years there is no sign that Sardi's is slowing down, due to its historic atmosphere in one of New York's most notable areas.

Bobb, Brooke. A Look Back at the Good Times Had, Pre- and Post-Show, Throughout Sardi’s History. Vogue. June 12, 2016. Accessed July 01, 2018. https://www.vogue.com/article/parties-sardis-restaurant-tony-awards-theater.