The Battle at Lebanon was a Civil War skirmish that occurred on July 5, 1863, that saw a vastly outnumbered Union force evade capture by a much larger force of Confederate raiders. A force of 2400 men under the command of Confederate General John Hunt Morgan clashed with 380 Union troops led by General Charles Hanson in a series of small battles around the city of Lebanon in Kentucky. The skirmish lasted a total of seven hours and for most of the battle, Hanson and his men attempted to hold Confederate forces back while holding the towns rail depot and trying to find a way to avoid capture. The relatively brief battle concluded in what has been recorded as a Confederate victory. However, it is important to temper this conclusion with Morgan's failure to take exploit his advantage. The battles resulted in a total of 41 casualties and was part of a larger Confederate raid led by General Morgan that ended in the surrender of his force to the Union.

The Louisville-Nashville rail depot in Lebanon Ky, circa 1909. This is the building in which Hanson and his men most likely held out in for 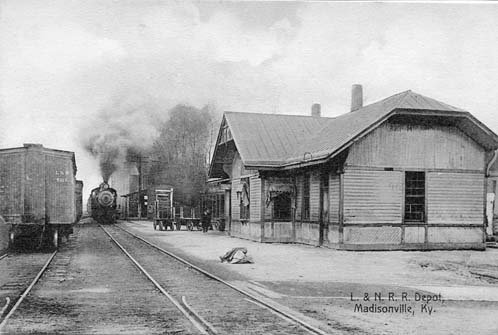 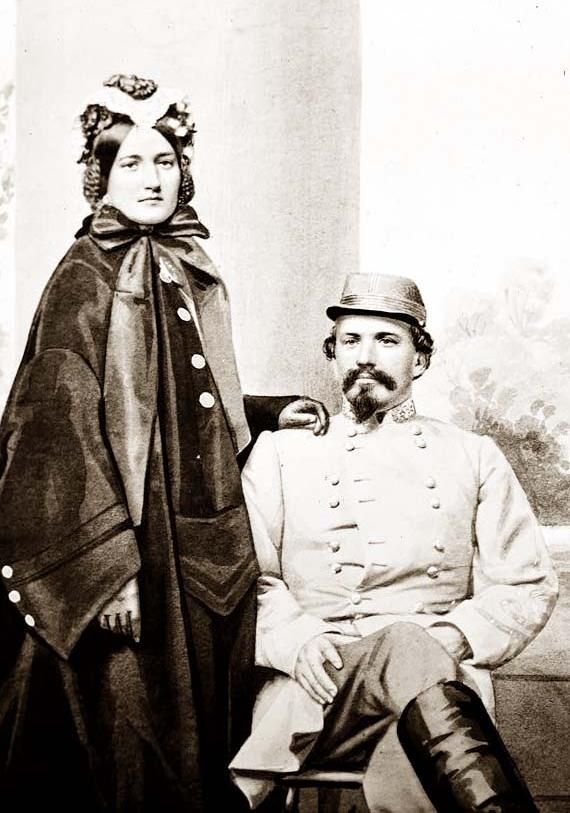 A map of Morgans 1863 raid into KY, IN, OH, and WV. Looking at the map, a strategy of diversion comes to light, the confederacy wanted to hit vital locations and draw the Union away from eastern Virginia. 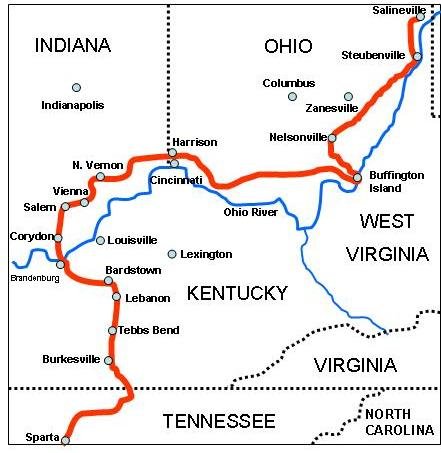 The Battle at Lebanon was a minor battle when compared to the larger history of the Civil War, but demonstrates a few important principles related to tactics and strategy. Confederate Gen. John Morgan commanded a force of around 2,400 men, while Union Gen. Charles Hanson had only 380 men. The Battle took place within the city of Lebanon where Union soldiers of the 20th Kentucky Regiment fought off rebel soldiers for seven hours trying to defend the town from the Confederate raiders who destroyed much of the town and stole property when the Union men were forced to withdraw.

Similar to other Border States, the government of Kentucky began the Civil War by pledging no allegiance to either the United States or the Confederacy. This official neutrality eventually helped the Union, but it reflected the fact that many residents of Kentucky were divided as some supported the South while others supported the Union and most residents simply hoped to avoid the conflict. For Gen. Hanson, a Kentucky native and Union loyalist, this meant quite literally fighting a war against his brother, Roger Hanson, who was a Confederate General.

This battle was part of what was known as "Morgan's Raid," an invasion of about 2,400 Confederate soldiers who made their way through parts of Kentucky, Indiana, Ohio, and West Virginia on a mission to turn sentiment against the Union, capture supplies from civilians and Union soldiers when possible, and divert Union soldiers away from the main battlefields further east.

On the previous day before the battle, July 4, Morgan and his men faced off against federal soldiers at the Battle of Tebbs Bend, south of Lebanon. After the battle had ended, Morgan and his force flanked the garrison and headed on for Louisville, which they had hoped to catch undefended. It was just the next day that they came across Hanson's men, in the town of Lebanon.

Once the federal soldiers realized the invasion force had arrived, they quickly set up defenses, throughout the outskirts of the town, overturning wagons and fighting along fences lines. Morgan asked Hanson to surrender or be obliterated. The Union refused to surrender and despite being outnumbered, quickly turned the Confederates away. Not long afterwards, shots rang out and the battle commenced. The rebel soldiers forced the Union defenders back into the city where most of the Union men held up in the Louisville-Nashville Rail depot.

The rail depot was an extremely important target for both armies given its location within the Louisville-Nashville rail line. The railway was a vital line for transporting military supplies to and from the front lines. Rather than take advantage of his superior numbers and attempt to capture the Union force, Morgan chose to burn down the surrounding city in hopes that he could break the will of Union-supporting residents throughout the region. He also hoped that his actions might compel the Union men to surrender in exchange for sparing the town. After seven hours, 41 casualties, and 20 buildings being completely consumed by fire, including the city and county clerk's office, Hanson and his men ended their effort to hold the city against the Confederate raiders.

Morgan's force continued to wage a war of destruction against Kentucky communities from Bardstown to Brandenburg. Given the strength of Union support and the presence of a more sizable force of pro-Union defenders, the raiders decided to bypass Louisville altogether. Rather than confront a Union force, the raiders moved into southern Indiana and Ohio. The raiders eventually attacked communities in West Virginia and returned to Ohio where they finally faced a sizable Union force. Rather than fight, the raiders surrendered.

3. Horwitz, Lester. The Longest Raid of the Civil War: Little-Known & Untold Stories of Morgan's Raid into