Known to locals and students simply as "The Nott," the Nott Memorial is a 16-sided stone-and-masonry structure and the centerpiece of Union College. Union's campus was centrally planned and the memorial honors Eliphalet Nott who served as president of the college between 1804 and 1866. The historic structure fell into disrepair and was scheduled to be demolished, but the students, faculty, alumni, and community-supported a drive to restore the building in 1993. The Nott Memorial is listed on the National Register of Historic Places and is also a National Historic Landmark.

The Nott Memorial is 89 feet in diameter and capped with a ribbed dome. 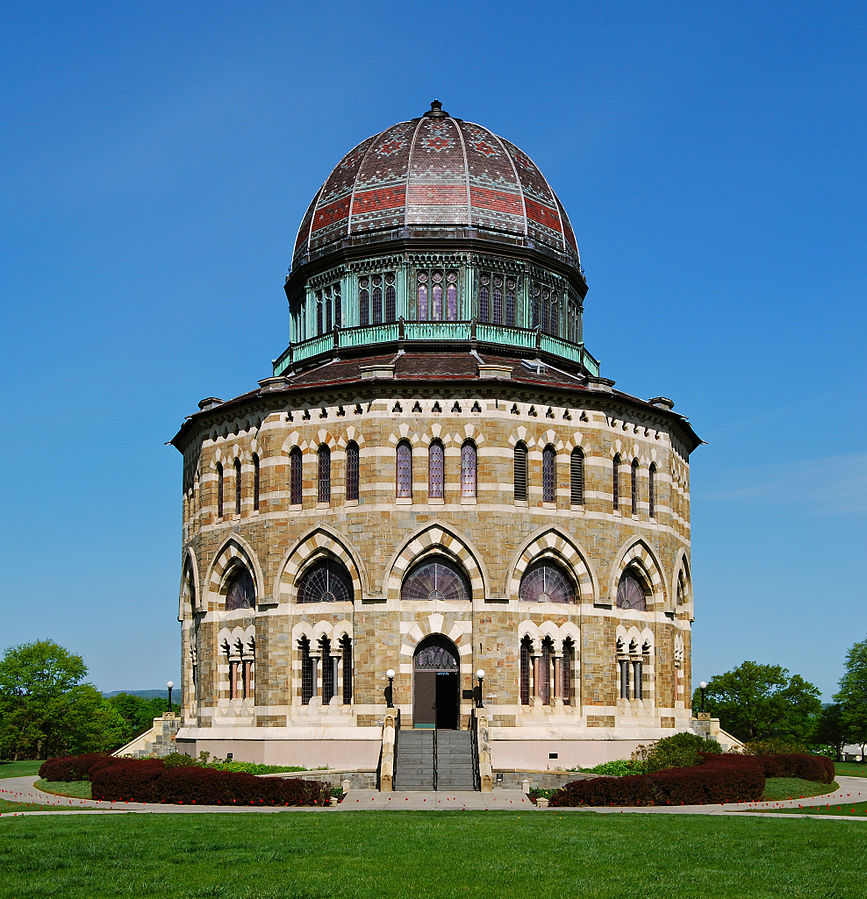 Part of the building's interior 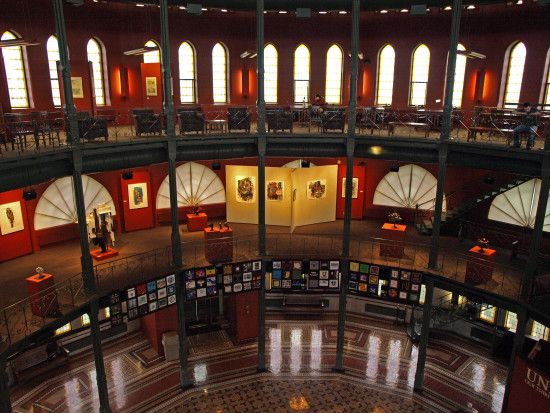 A detailed view of the building 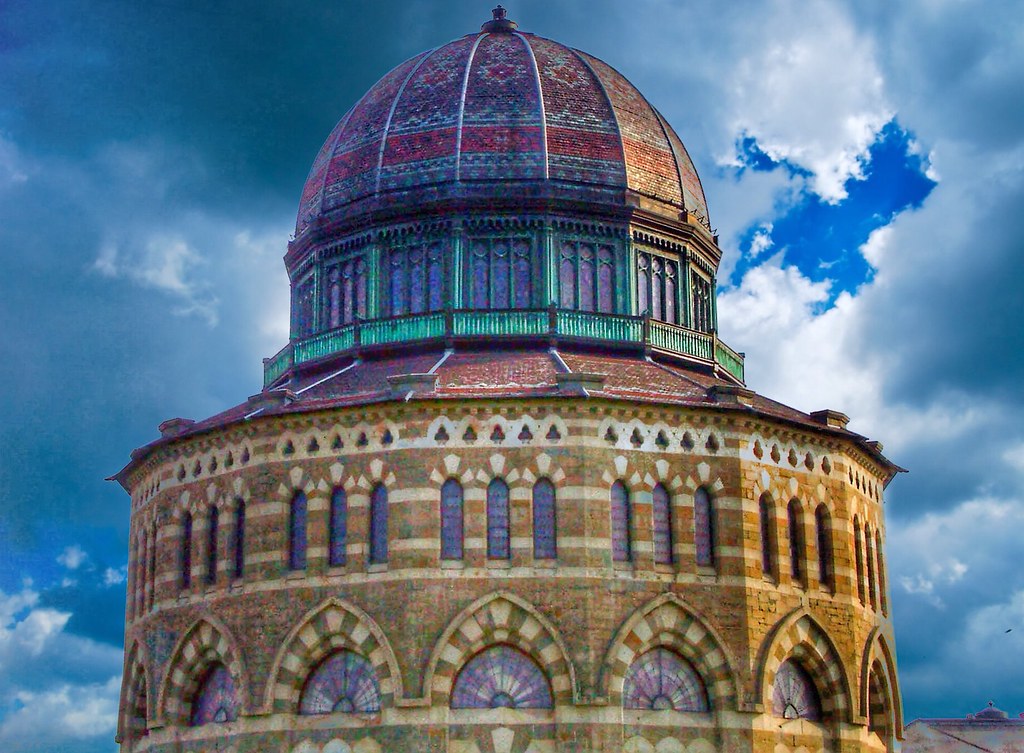 Union College is unique among the nation’s colleges and universities as the entirety of its campus was planned by the French landscape designer and architect Joseph Jacques Ramee in 1813. Ramee’s plan involved a large central courtyard surrounded by academic buildings which would be connected by an extended arcade. In the center, Ramee planned to build a rotunda. This part of the plan was realized with the construction of the striking Nott Memorial.

Built to honor the former Union College president, Eliphalet Nott, the memorial was designed by Edward Tuckerman Potter, who also designed the Mark Twain House in Connecticut. Potter’s original designs for the building were more in keeping with the style of the campus’s existing buildings. The construction of the memorial was delayed by several years, however, and when Potter resumed the project, his plans were markedly different. Though trained largely in the Gothic Revival style, Potter designed a building that is more in keeping with Venetian Gothic, which employs a wide variety of colors.

The result was a 16-sided building consisting of three floors. The façade consists of Schenectady bluestone and Ohio sandstone and more than 250 stained glass windows. The building is topped with a large slate-clad dome.

There’s a bit of irony in the fact that the college’s most recognizable building was, for many years, used only sporadically. Early on, there was a proposal that the Nott Memorial be used as a chapel, but that plan never materialized. In the early 1900s, part of the college’s library was moved into the building’s bottom floors. Over time, the upper floors, which were only rarely used, fell into disrepair and by the 1980s, there was even talk of demolishing the building.

In 1990, however, when Roger Hull became president of Union College, the Nott’s fortunes improved. Members of the faculty convinced Hull to save and restore the building. By the time the college celebrated its bicentennial in 1995, the building had undergone a thorough restoration, which included removing the partitions between floors that were added years earlier, so that the building’s interior was open up through the dome. The entire façade, including its many stained glass windows, were cleaned, and concrete columns were inserted into the original stonework to help insure the building’s structural integrity.