This historic battle of the Civil War took place on May 1st, 1863 and was the first major battle of General Ulysses S. Grant's campaign to take Vicksburg. After crossing the Mississippi River and landing in Bruinsburg, Grant advanced his force east in order to secure Port Gibson. The first shots were fired a little after midnight at the A.K. Shaifer House, which still has bullet holes from the skirmish to this day. Most of the fighting happened along the two parallel roads leading into Port Gibson, Rodney Road, and Bruinsburg Road. The terrain played a key role in the battle with Grant describing the land as "standing on edge". After fighting a numerically superior force, the Confederates were forced to abandon both Port Gibson and Grand Gulf. Grant's victory at Port Gibson solidified the Union's presence in Mississippi and sealed the fate of Vicksburg. 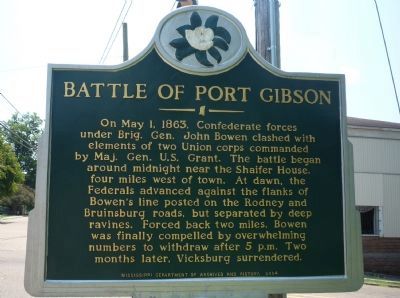 A.K. Shaifer House, site of the first shot fired in the Battle of Port Gibson. 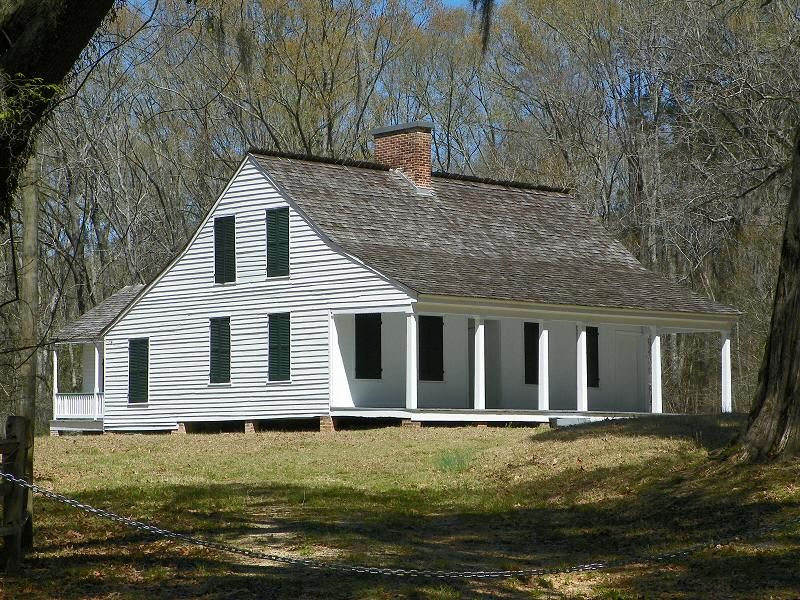 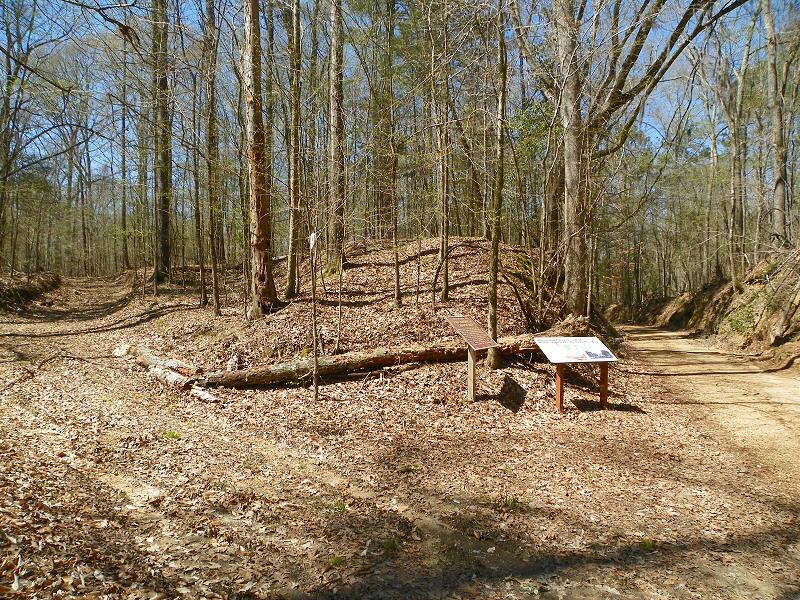 With the ultimate goal to capture Vicksburg, Union General Ulysses S. Grant devised a plan to establish a beachhead in Mississippi. Grant wanted to march his troops down the Louisiana side of the Mississippi River and then cross over to the Mississippi side. His original choice of a landing site had failed but Grant was later informed of a better landing site at Bruinsburg by a local African-American. When Grant’s forces arrived at Bruinsburg, they found no resistance waiting for them. After securing the beachhead, Grant moved his forces east toward Port Gibson. Confederate General John S. Bowen, commander of Grand Gulf, learned of the threat and quickly notified General John C. Pemberton of the need for reinforcements. Bowen sent his forces to meet Grant’s forces while Pemberton desperately gathered all of the men he could to send to Bowen’s aid.

On May 1st, 1863, shortly after midnight, Union and Confederate forces first clashed near the A.K. Shaifer House. General John McClernand’s XIII Corps had stumbled across an outpost of Confederates and engaged them in a small artillery-supported skirmish lasting until 3 A.M. The Confederates held their ground and both sides stopped engaging in order to reform. Throughout the night, the union gathered the rest of their forces in preparation for dawn’s battle.

When dawn hit, McClernand’s force traveled along Rodney Road toward Magnolia Church. Rodney Road was one of the two parallel roads that lead into the town of Port Gibson. Bruinsburg Road eventually joins Rodney Road near the outskirts of the town. Bowen was unsure which road the Union forces would take, so he decided to defend both. At first, McClernand solely focused on Rodney Road, but spotted Confederate soldiers under the command of Brigadier General Martin E. Green. McClernand sent some of his force onto Bruinsburg Road, which was Green’s right flank. McClernand’s forces slowly advanced towards Green’s forces until fighting erupted. With his forces outmanned and outgunned, Green’s forces gave way and retreated a few miles back closer to the town. General Bowen quickly sent fresh reinforcements to the rear defense near Willow Creek lead by Brigadier General William E. Baldwin and Colonel Francis M. Cockrell.

McClernand’s force continued to march along Rodney Road while Grant showed up to send troops along Bruinsburg Road. Bowen ordered Cockrell’s force counterattack McClernand’s force on Rodney Road. The counterattack went well at first, but quickly fell apart due the sheer number of troops the Union had sent. With his men exhaust from holding back a numerically superior force all day, Bowen finally ordered a retreat. Grant’s forces had successfully taken Port Gibson.

The Battle of Port Gibson cost around 800 casualties for both sides. For Grant’s force of 23,000 men, 131 were killed, 719 wounded and 25 missing. For Bowen’s force of 8,000 men, 60 were killed, 340 wounded, and another 387 missing. Union victory at Port Gibson secured Grant’s landing site and officially began Grant’s campaign to take Vicksburg. With the Union’s presence at Port Gibson, the Confederates were forced to give up Grand Gulf which officially sealed the fate of Vicksburg.

Today, several historical markers commemorate the Battle of Port Gibson, including one in the town itself, a few more around the A.K. Shaifer House, and one at the former site of the old Magnolia Church. Confederate soldiers involved in this operation are buried at Wintergreen Cemetery in Port Gibson.