John Marshall High School first opened September 3, 1968 with grades 10-12. This high school was a consolidation of the two Marshall County high schools that served the river towns (Moundsville High School to the south and Benwood Union High School to the north) and Sherrard High School which served the north eastern portion of the county. It was built on the former Cockayne Farmstead. When the school opened, it was one of two high schools in the state of West Virginia with modular scheduling (see below). It was also on the forefront of vocational education with several vocational certifications offered to its students. JMHS was switched to a traditional 8-period-day schedule in 1994 and switched to a 4-year high school, grades 9-12, in 2002. The school continues to offer vocational education classes with certification upon completion, Advanced Placement classes, honors classes, dual credit classes and 9 Project Lead the Way courses. It is also home to the only high school digital fabrication laboratory in the state of West Virginia.

The original building as it stood unchanged for 45 years. (Photo courtesy of Ray Gaughenbaugh) 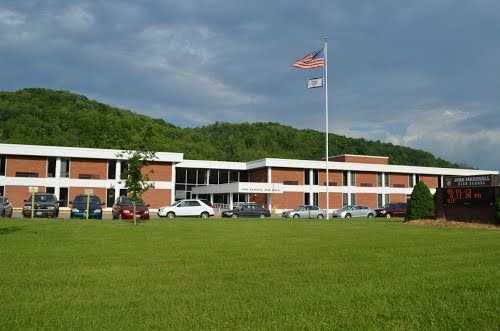 The new look. A 4-year renovation with an eye toward safety, including a locked entryway and covered connector between the academic building and activity building. (Photo courtesy of Silling Architects) 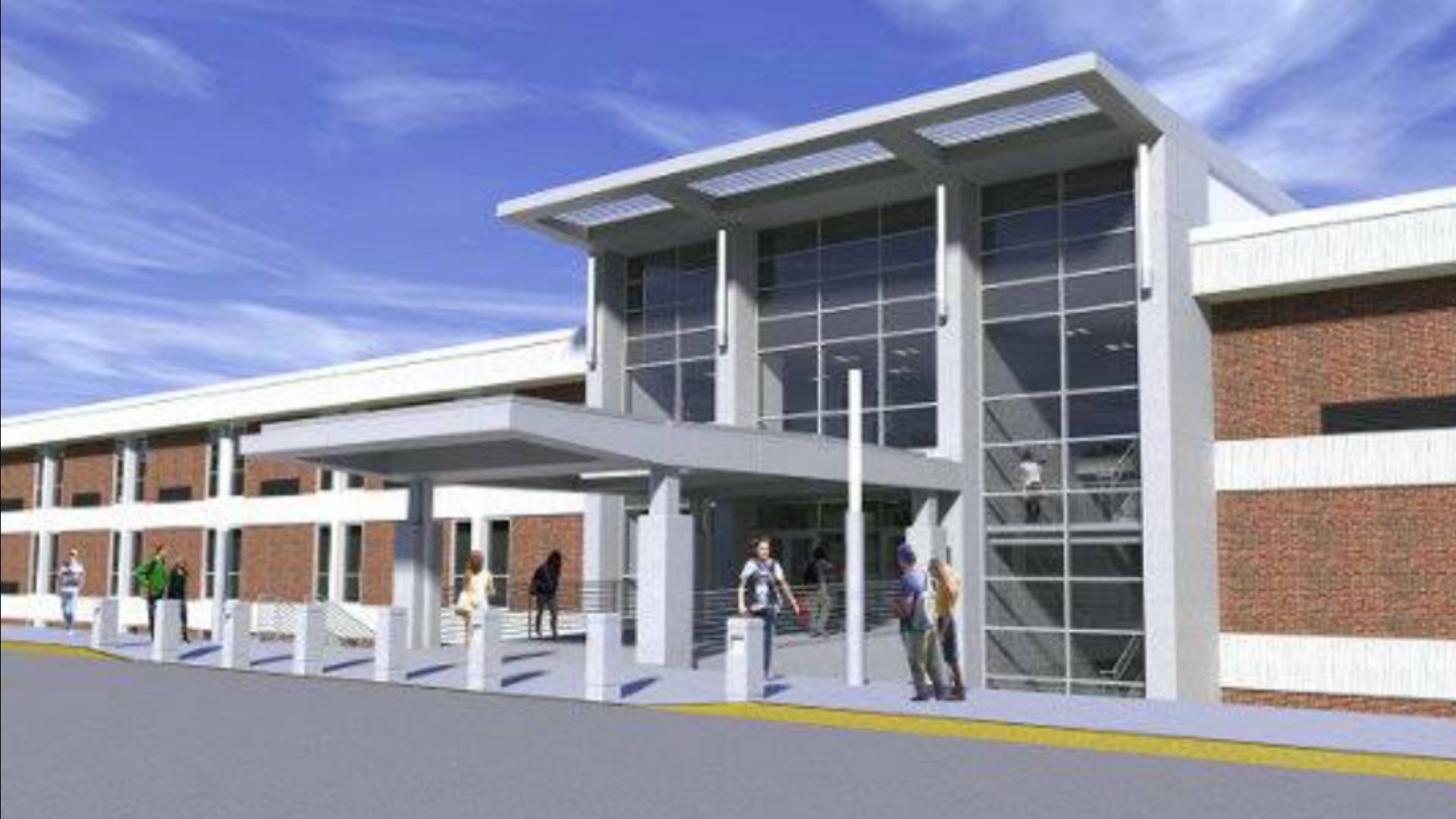 Looking north across the front of the campus. (Photo courtesy of Susan Jones) 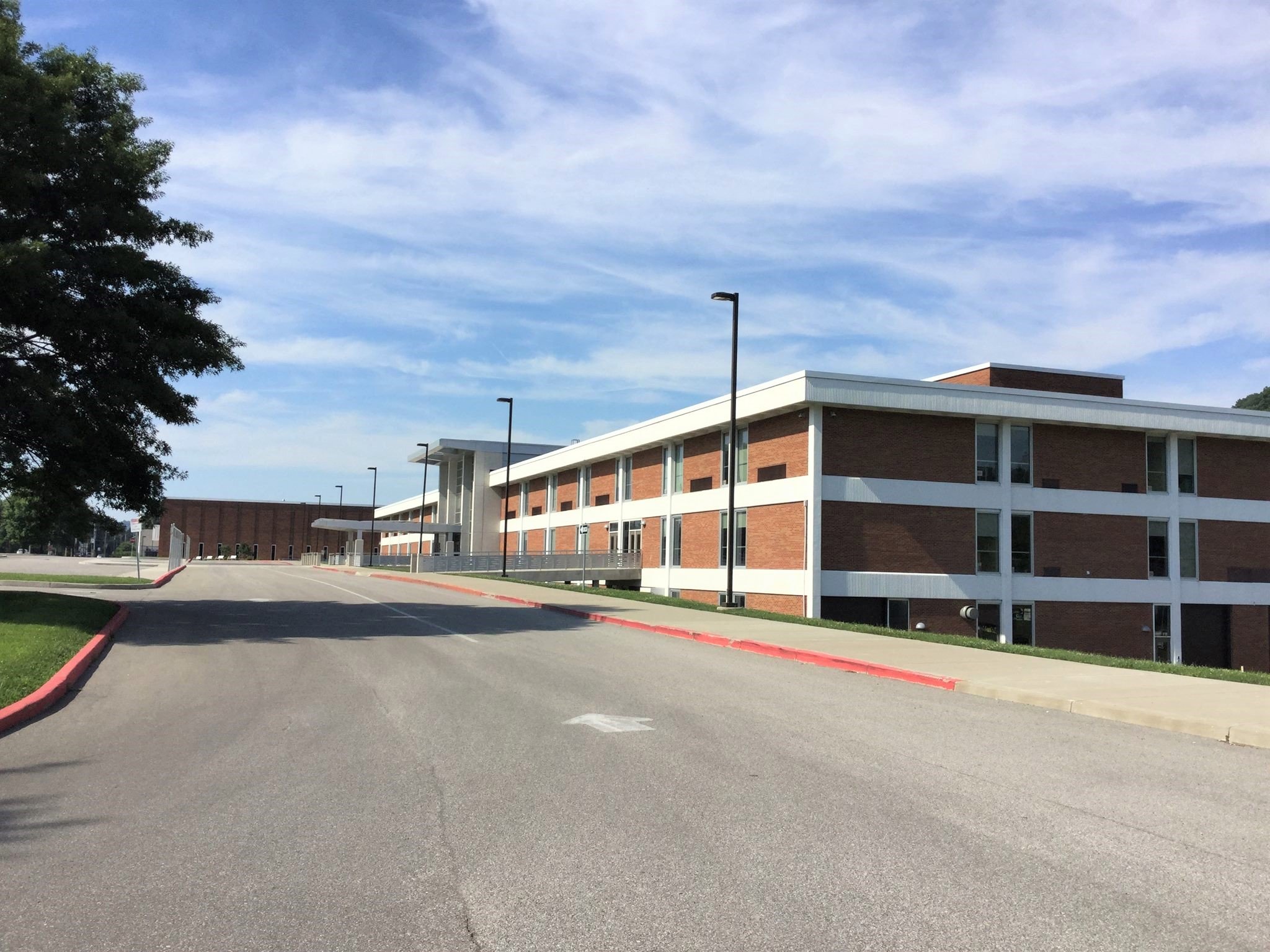 The activity building sits where the former Cockayne barn stood. The academic buildings are on the pasture land. (Photo courtesy of Susan Jones) 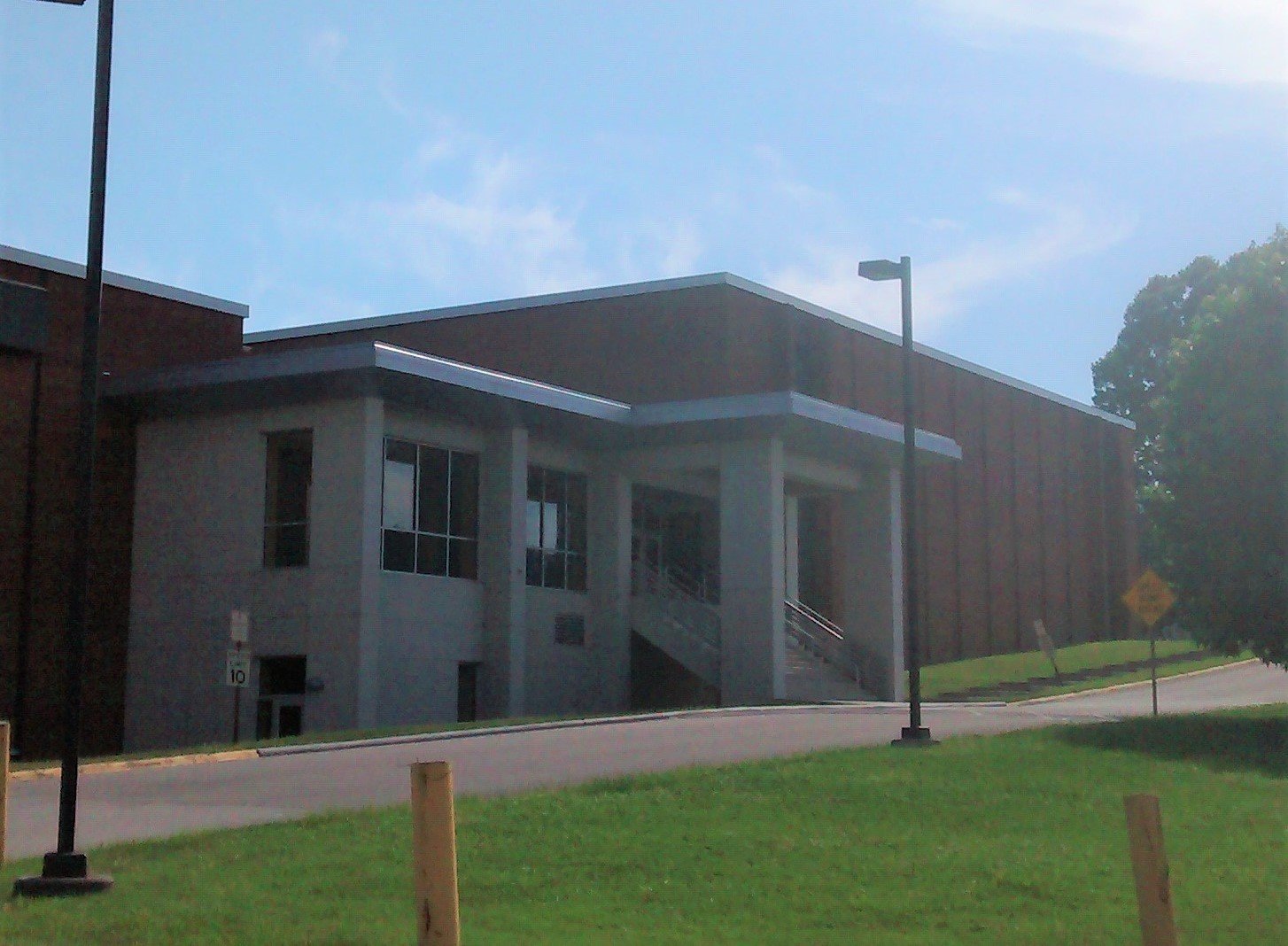 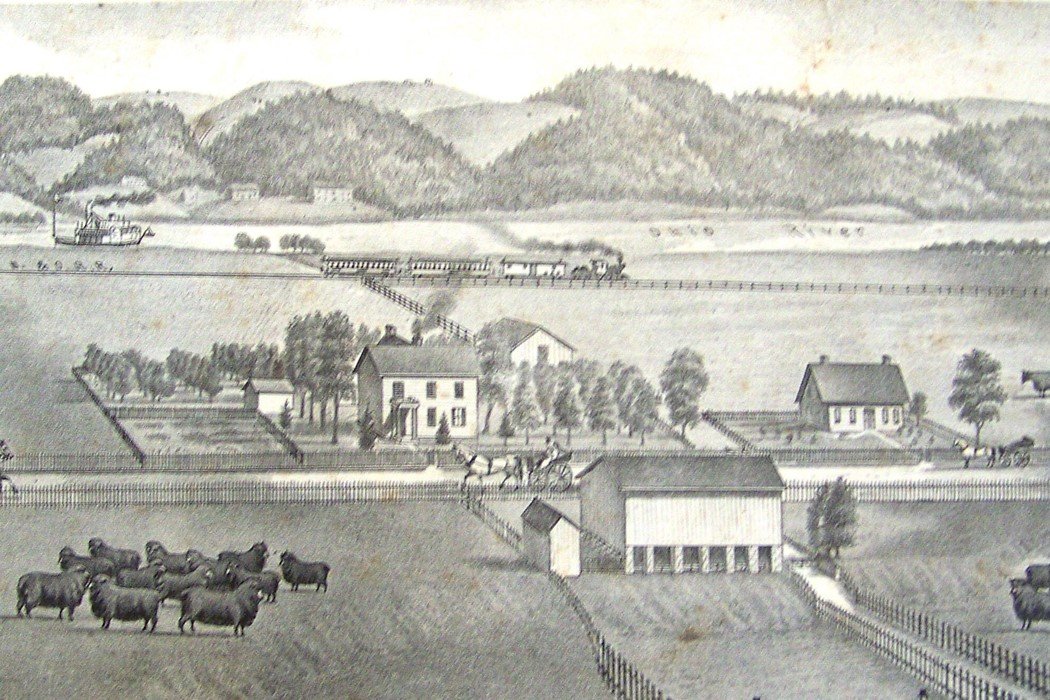 The first change in the original building wasn't made until 2007. It was the addition of 6 rooms by adding a connector piece behind the two academic buildings. (Photo courtesy of Susan Jones) 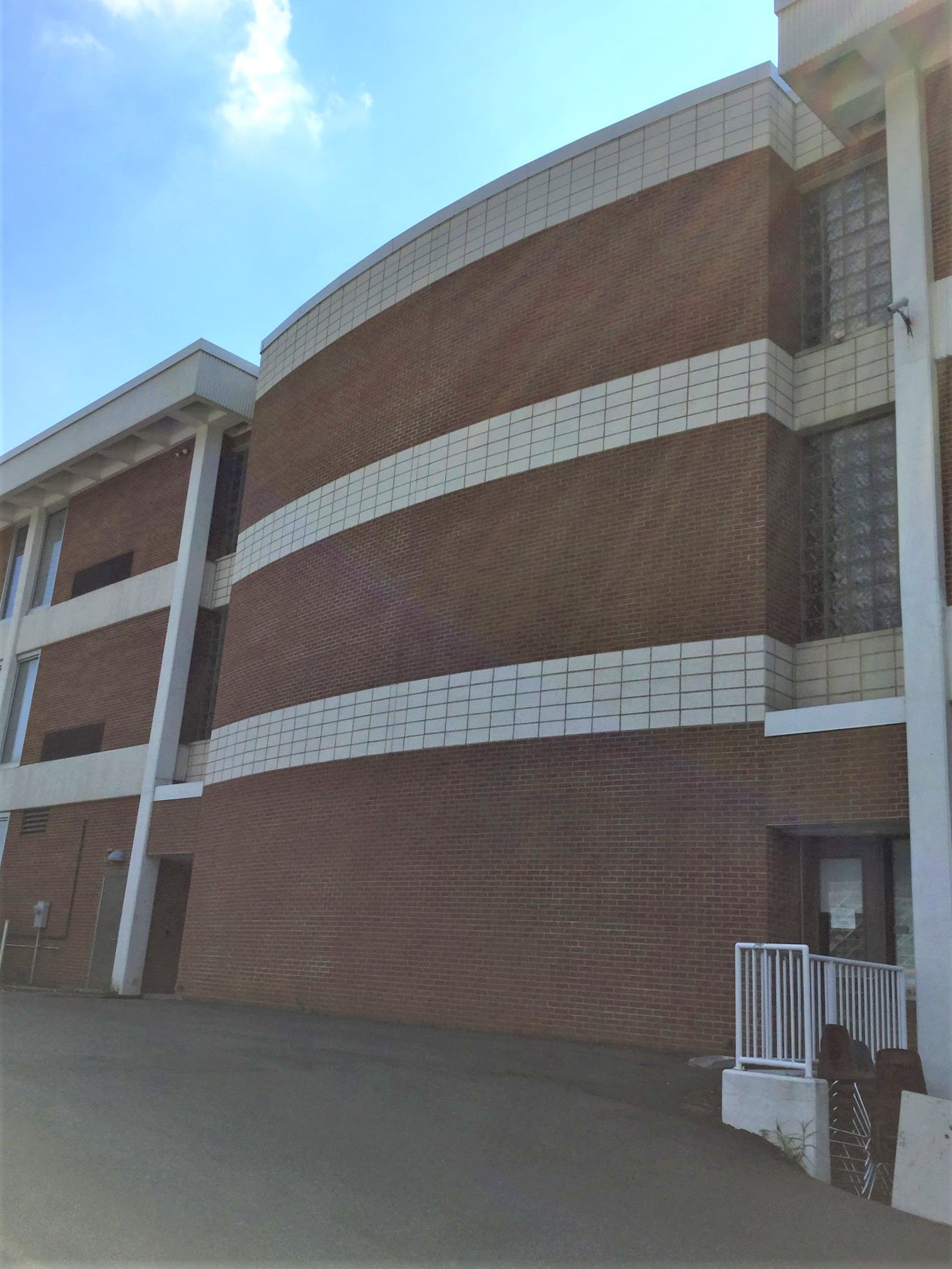 As part of the four-year renovation, the bridge between the academic and activities building was enclosed for safety purposes. (Photo courtesy of Susan Jones) 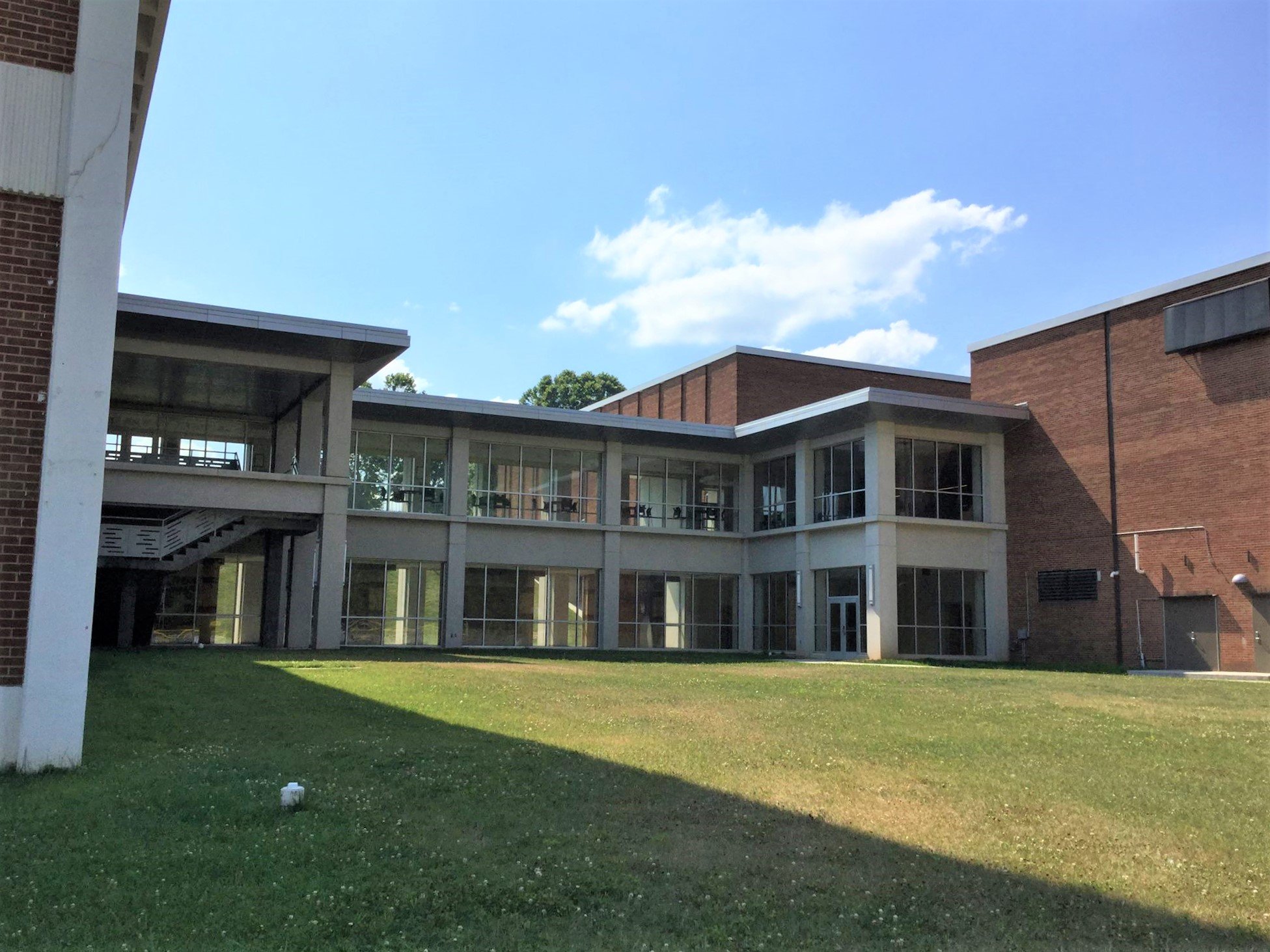 John Marshall High School was named for the fourth U.S. Supreme Court Chief Justice who was raised on the Virginia frontier and was responsible for many key Supreme Court decisions such as Marbury v. Madison which set the precedent for the Supreme Court being the entity to judge a law's constitutionality.

When this high school opened, it was known for its unique schedule which was based on the book And No Bells Rang by Dr. Delmas Miller and Lloyd Trump. The schedule was known as a modular schedule and allowed for flexibility in the length of classes depending upon the type of class taking place. "Mods" were 15 minutes in length which meant that every 15 minutes there would be some students changing classes. An example of class length variance found in the Social Studies department included labs which ran for 45 minutes, group lectures for 30 minutes, seminars and group discussions for 45-60 minutes, etc. Science labs often ran for 90 minutes. The schedule also ran on a 6-day rotation (Days 1 through 6 instead of Monday through Friday) which led to thirty 6-day cycles in the course of the 180-day school year.

The school was built on land that was once a part of the Cockayne Farmstead. The activity building, which is located directly across Rt. 2 from the farm house, was built on the location of the old barn. When the Cockayne House was turned over to the city of Glen Dale in 2001, John Marshall High School students began working closely with the Marshall County Historical Society to care for the property and to work toward its restoration. Most notably, students of local history helped to sort and file the items found in the house and the JMHS Vo-Ag department annually tends to the garden on the property.

During the 2017-2018 school year, John Marshall High School open the first high school "Fab Lab" (digital fabrication laboratory) in the state of West Virginia. The only other such lab in the state is found at West Virginia University.

A four-year construction project with an emphasis on safety was completed in December 2017. Current enrollment is approximately 1200 students in grades 9-12.

The information found on this site came from interviews of original JMHS staff members Joseph Komorowski, William Jones, and Stanley Stewart as conducted by Susan Jones and from the John Marshall High School profile information on file at the school.