Combahee River Collective Leads Protest in Response to String of Murders in Boston, 1979

On April 1, 1979, a crowd of between 500 and 1500 met at the Boston Common to protest a recent string of murders that left seven black women dead in the Roxbury-Dorchester area. As the crowd memorialized the seven victims, news arrived that there was an eighth victim. The protesters updated their signs and marched from the Common to the state house. Within two months, the total number of women who had been murdered in a two-block radius had risen to thirteen, with all but one of the victims being African American. The Combahee River Collective, a pioneering black feminist group formed in 1974, later circulated pamphlets that challenged readers to think about the ways that perceptions of race and gender made black women more vulnerable to violence. The pamphlet, along with letters from Audre Lorde and other radical feminists, asked whether the police would respond to the murder of white women or men in the same manner. The protests challenged many of the assumptions about the protection of women. For example, the Combahee River Collective suggested that many of society's ideas about the protection of women were not only misogynistic, but self-defeating. For example, the idea that men were the protectors of women failed to account for the fact that the men who stopped physical and verbal assaults against women were nearly always stopping an act perpetrated by another man. If men stopped devaluing women, especially black women, the assumptions and conditions that led to assaults would no longer exist.

After the march, the Combahee River Collective distributed this protest, challenging readers to consider how gender and race made so many Bostonians apathetic about the murder of black women 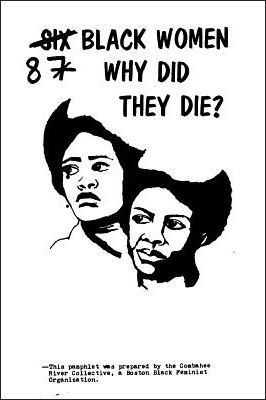 The Trouble Between Us : An Uneasy History of White and Black Women in the Feminist Movement-Click the link below for more info about this book 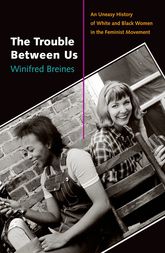