The Davis Coal & Coke Company administration building, built in 1900 after an explosion destroyed the original structure, was the center of field operations for the Company until it closed in 1950. The two-story brick structure also housed the engineering department, where regional mines were planned, designed, and managed. The City of Thomas is the current owner of this property which was added to the National Register of Historic Places in 2011.

The administrative building in Thomas, WV 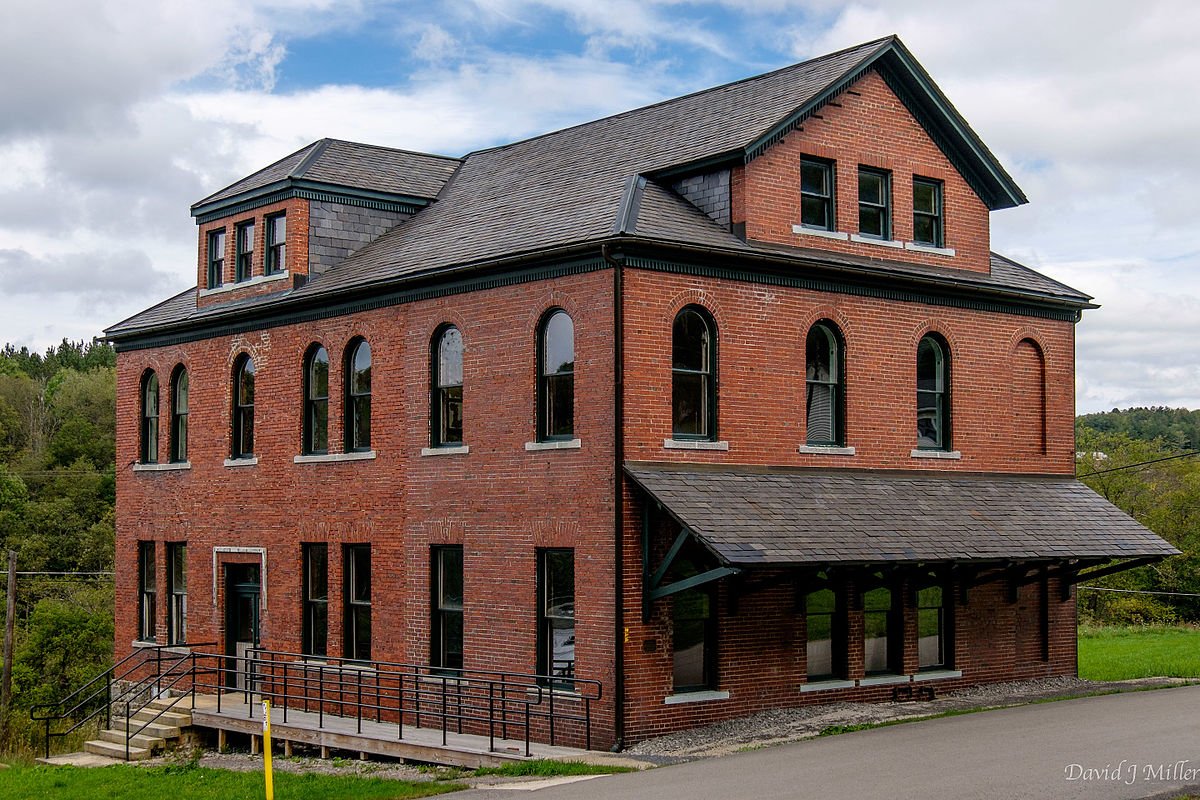 A David Coal and Coke Company mining operation in Thomas, WV in 1909 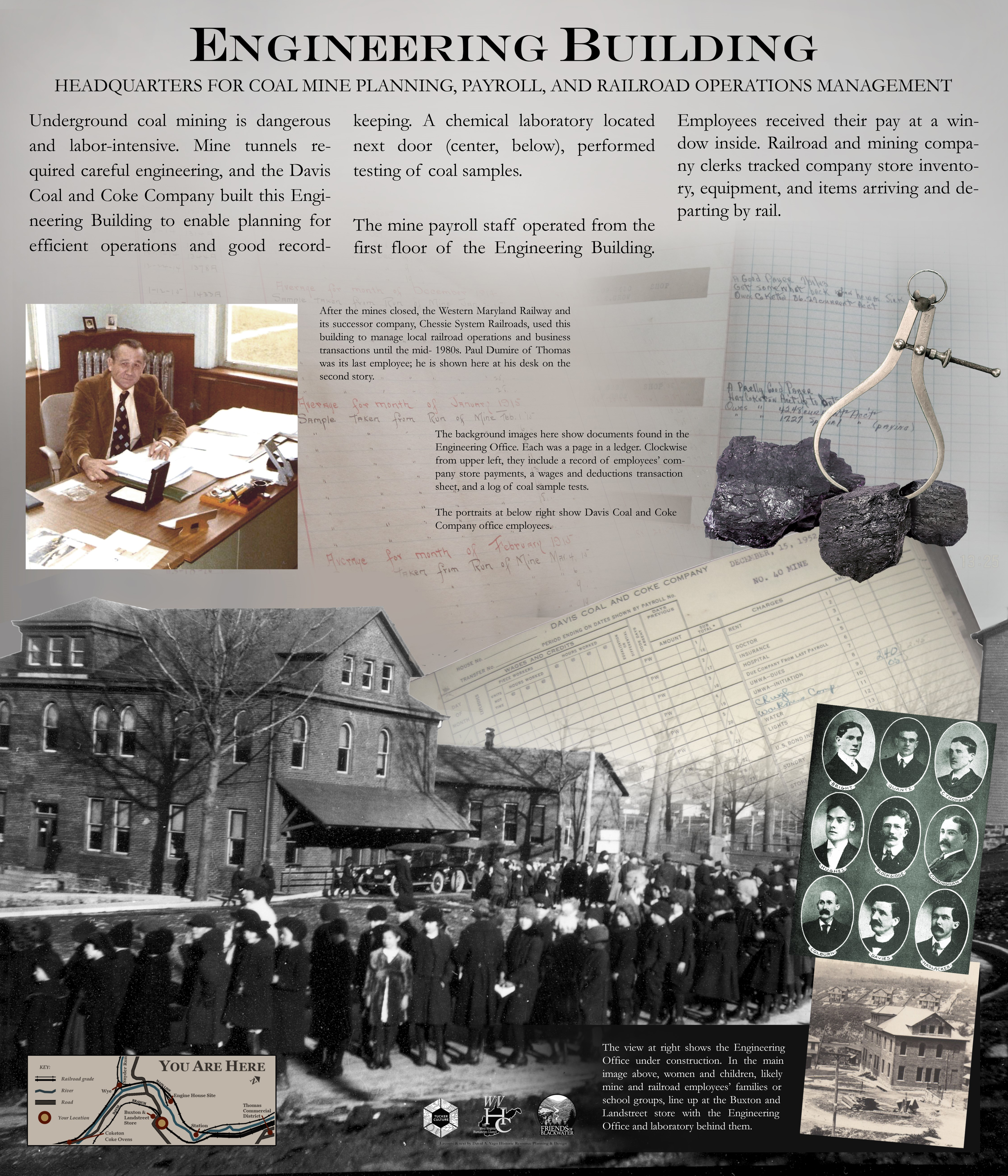 This brick building in Thomas, WV lies south of the center of town. Built in 1900 to replace a previous administrative building that had exploded the year before, the is now abandoned and kept up by the city. The building was constructed specifically for the Davis Coal & Coke Company to function as a headquarters. It served this purpose until the company stopped operating in 1950. The office served as the administrative center for the company's coal mines in Thomas, Coketon, Benbush, Pierce, and Kempton.

The Davis Coal & Coke Company was founded by local politician and businessman, Henry Gassaway Davis. Davis got his start working as a brakeman for the B&O Railroad in the 1840s, going on to hold positions as a station agent, train conductor, and superintendent for the company. After making earning money selling supplies during the Civil War, Davis began to plan his future railroad ventures in the area. Davis and his brother Thomas began to buy property in Mineral, Grant, Tucker, and Randolph Counties in the late 1860s. Construction on the first mine and railroad on this property began in 1882 near Piedmont. During this delay in his business ventures, Davis served as the first Democratic Senator from West Virginia for three terms.

The success of their first mine gave Davis the funds to continue his railway and mines up the Potomac, leaving budding coal towns in their wake, including Davis, WV. The railway line was known as the WVC&P. As the mining interests of the group expanded, the company was unified under the name Davis Coal and Coke Company in 1886. The group had expanded to Thomas, WV in 1884 and would continue to expand their reach. The administrative building in Thomas was built at the height of Davis's influence in the company. Davis stepped down as the company's president in 1902, though his family remained active in the business for years afterward. Davis continued to serve political roles and even had an unsuccessful run for vice president in 1904.

The Davis Coal and Coke Company was purchased by the Gould Company in 1903. The company's railroad lines were merged with the Western Maryland Railroad and Western Maryland Railway in 1906 and 1910. However, the name of the company and lines were kept as they had become recognizable at a national level. Though the company stopped coke production in 1920 as technology changed, the coal mines continued to operate until 1950. Coal from the Davis Coal and Coke Company"s mines was used to power US Navy ships.

The damage caused by the company is still being felt today, despite the mine closures in the 1950s. Environmental traces of toxic chemicals and the scars of strip mining are still apparent so many years later. The building was added to the National Register of Historic Places in 2011.

The Blackwater Canyon River Rail Trail dates back to 1888 when it was used to haul coal and timber through the canyon. It reflects changes in the economy over the past century, as it now serves as one of the leading attractions in a county that now focusses on heritage tourism and outdoor recreation; it still contains many of the former coke ovens and other remnants of the region's past and connects the community of Thomas with Coketon and Douglas. The trail begins along the North Fork of the Blackwater River in Thomas and winds past steep-walled strip mines and rows of beehive coke ovens that have been reclaimed by trees and wildflowers for nearly a century. The trail is accessible in Thomas, WV at the juncture of Rt. 32 and 27 or from Hendricks, Rt. 73.