The entrance to the Beverly Hills Hotel 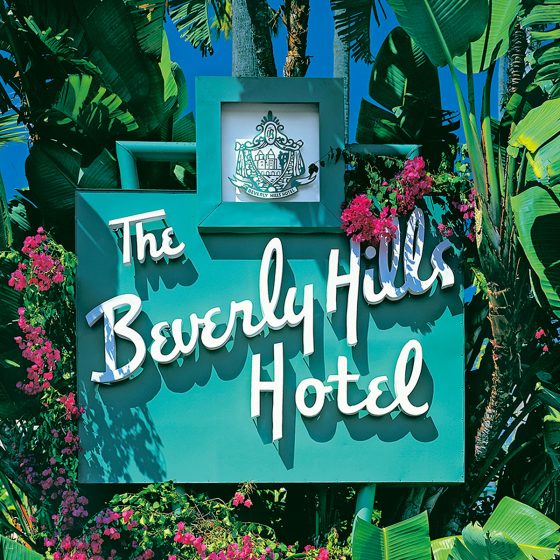 The "Pink Palace" is the architectural design of Elmer Rice 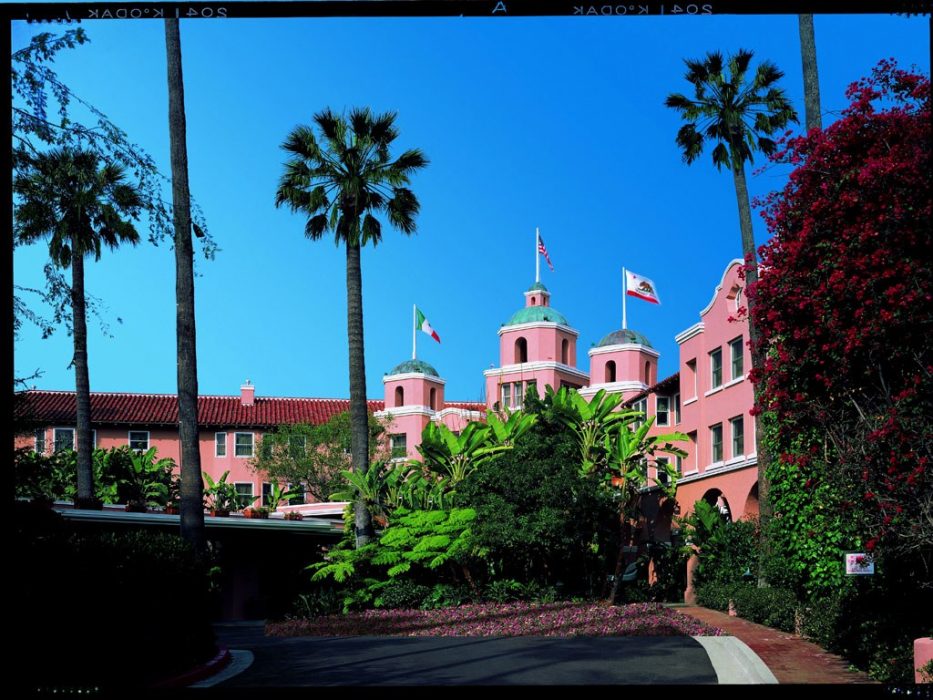 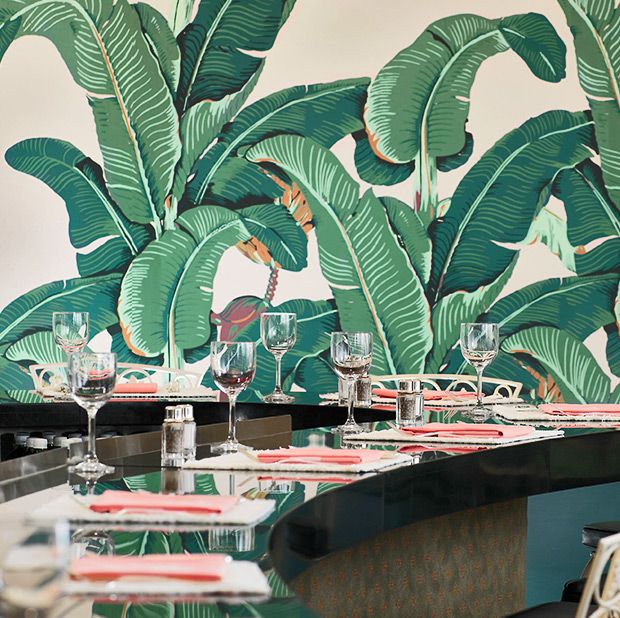 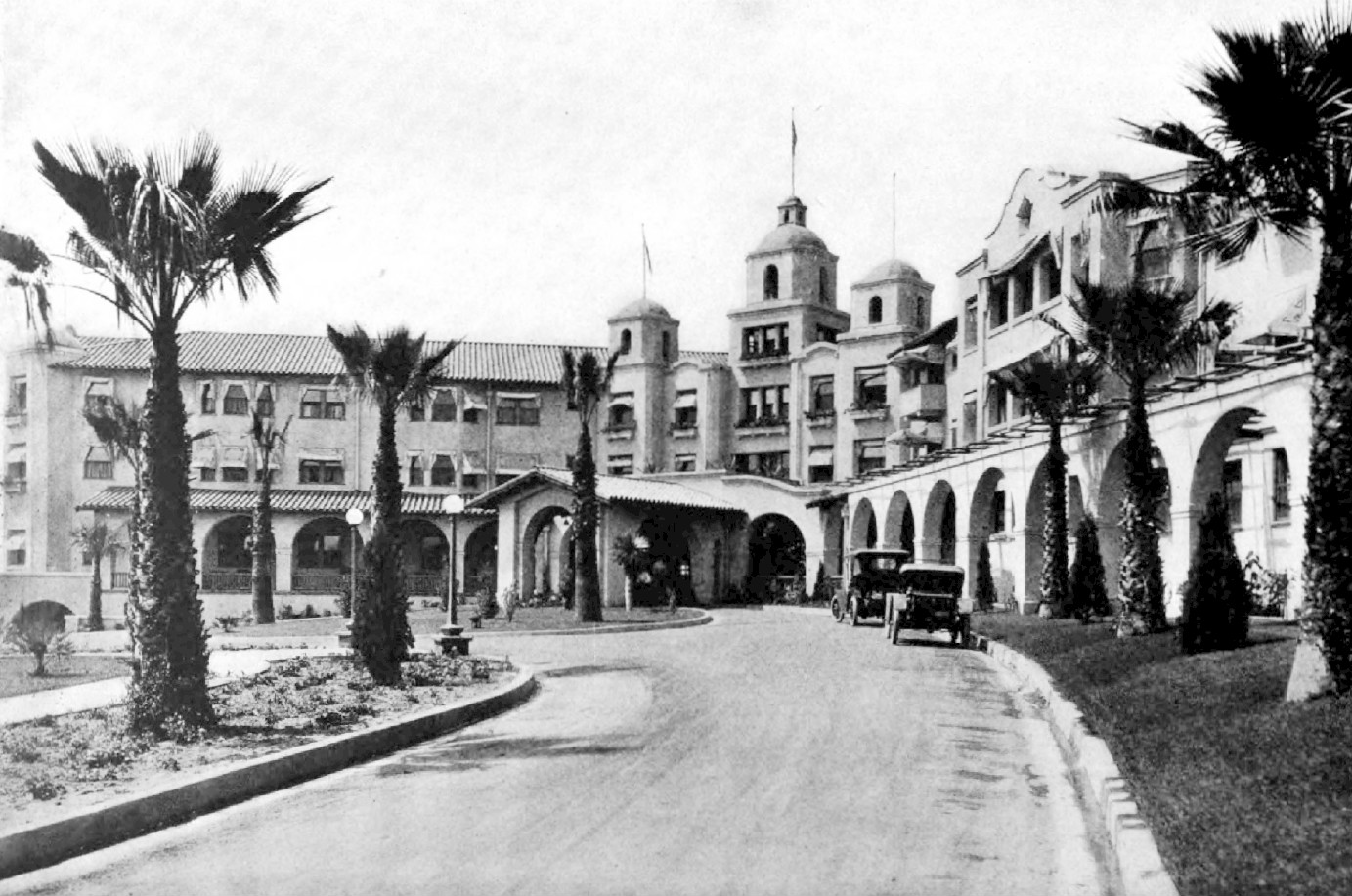 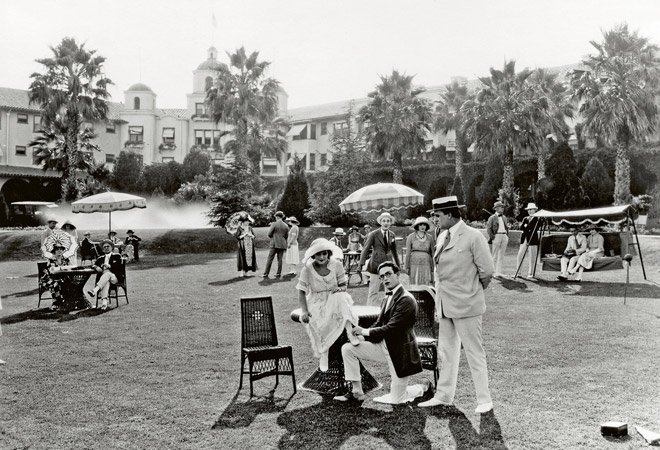 A glamorous 1957 Cadillac advertisement staged at the Beverly Hills Hotel 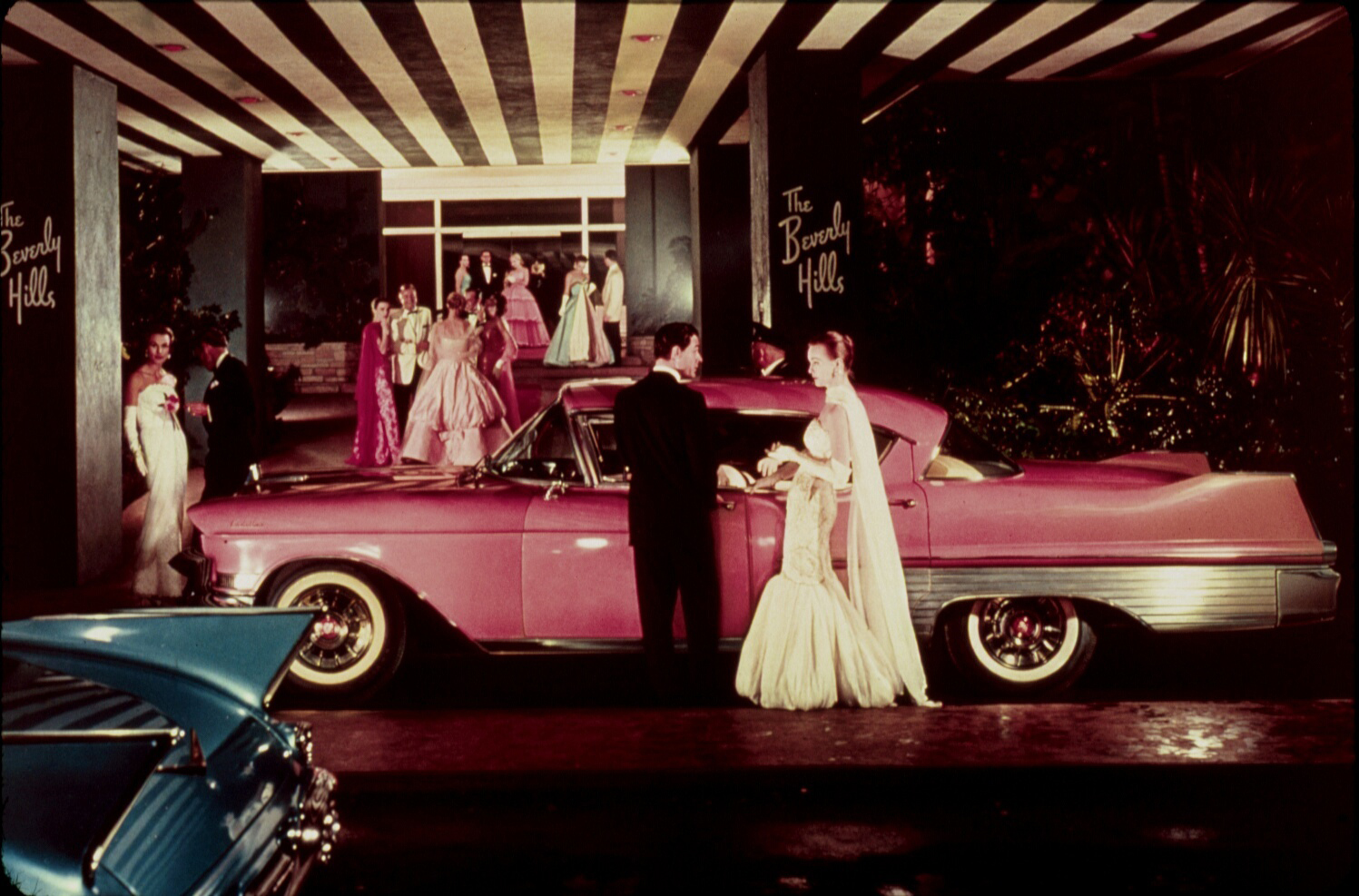 The story of the legendary Beverly Hills Hotel begins in 1912 when the former manager of the Hollywood Hills Hotel, Margaret Anderson, hired architect Elmer Gray to build what would become the Beverly Hills Hotel for $500,000. It was two years later that the city of Beverly Hills was officially incorporated. In 1915, the first five of the Hotel's bungalows were built, offering exclusivity for the wealthiest of visitors and stars.

From the time of its conception, the Hotel has attracted the most famous names in Hollywood. In 1919, the swashbuckling Douglas Fairbanks purchased a lodge just above the Hotel and expanded it. He and wife Mary Pickford named the mansion "Pickfair." By the late 1920s, Anderson was ready to sell the Hotel and it was purchased by the Interstate Company of New York. With the stock market crash and the onset of the Great Depression, even the Hotel was affected closed in 1933, only to be reopened a year later by the Bank of America. During the Depression, the Hotel continued to offer grandeur to the most privileged, even the infamous pool was surrounded by pure white sand the Hotel had imported from Arizona.

The 1940s saw another change of hands with the Hotel, the vice president of Bank of America, William Courtright, purchased the Hotel with celebrity friends Irene Dunne and Loretta Young, as well as Harry Warner and Joe Schnitzer. In 1948, the Hotel underwent an architectural redesign by Paul Revere Williams. Williams decided to have the Hotel painted pink and added the Fountain Coffee Room to accompany the Polo Lounge restaurant. It was then the moniker the "Pink Palace" was born.

The Beverly Hills Hotel has remained an attraction for some of Hollywood's biggest names, especially the solitary bungalows. Out of the Hotel's 23 bungalows, Marilyn Monroe preferred to stay in Bungalow 7, while Elizabeth Taylor and Richard Burton briefly lived in Bungalow 5. Howard Hughes, the reclusive aviation pioneer, director, and business magnate, was so obsessed with maintaining his privacy he occupied nine bungalows on and off for 30 years. The Hotel has also been a prime location for filming and can be seen in movies such as Designing Women (1957) and California Suite (1978).

Historic Hotels of the World