Since 1980, the Railroaders Memorial Museum has been dedicated to studying and sharing the history of the railroad and the people who have made it such a central part of America's infrastructure. Located in the Pennsylvania Railroad’s former Master Mechanics Building, which was built in 1882, the museum features three floors of exhibits, a movie theater, gift shop and outdoor picnic area. The museum bills itself as “the only interactive railroad museum in America.” There are also various railcars and equipment contained within outdoor displays, to include a working roundhouse, on the museum’s large complex. 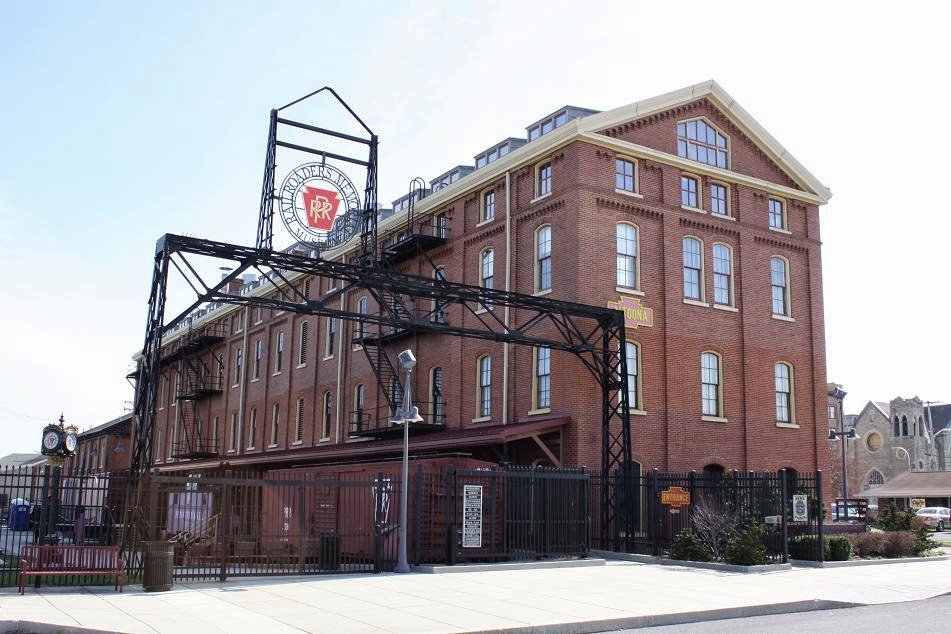 A glimpse of that indoor exhibit space. 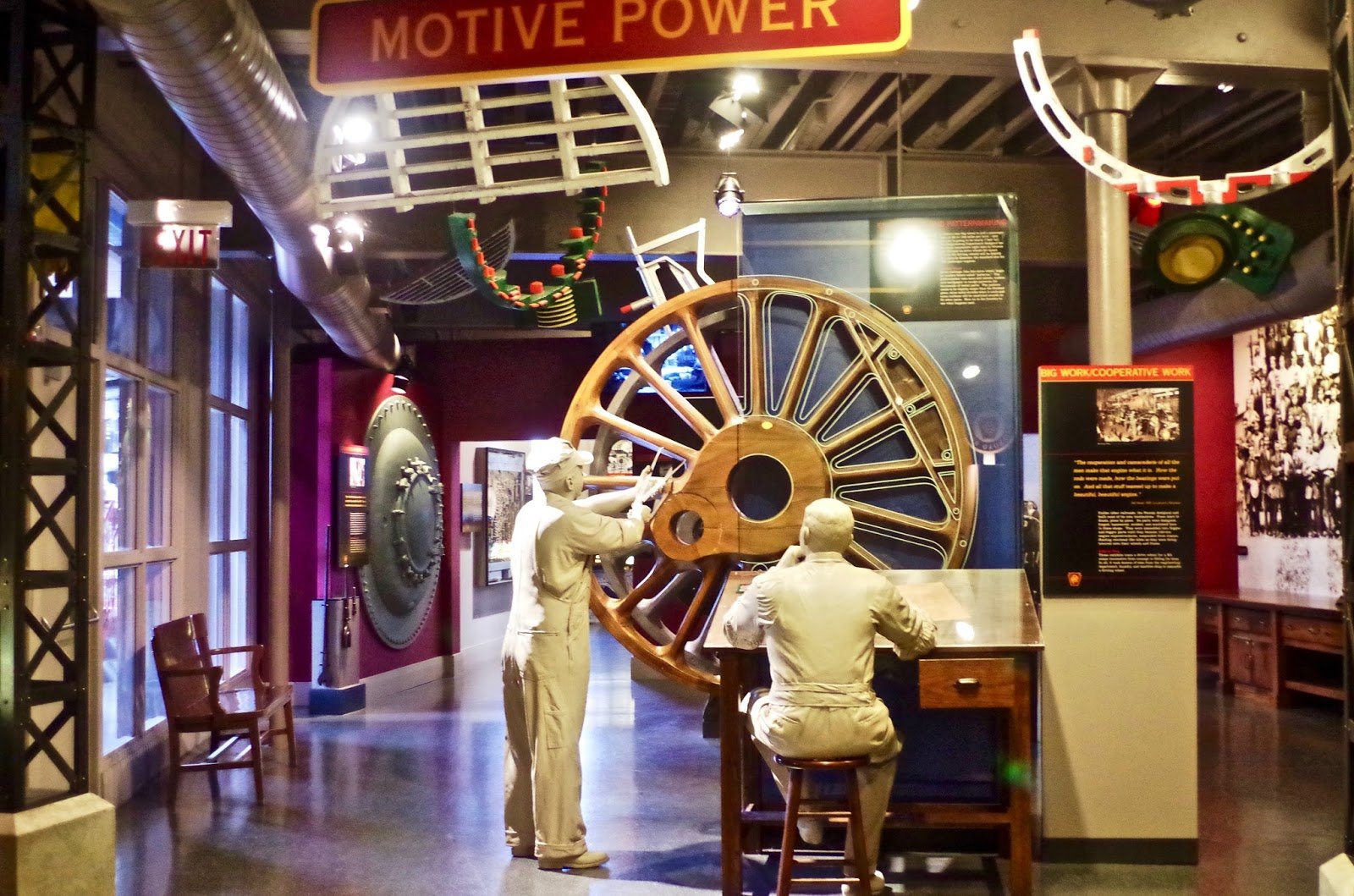 A close-up of the museum's large model railroad display. 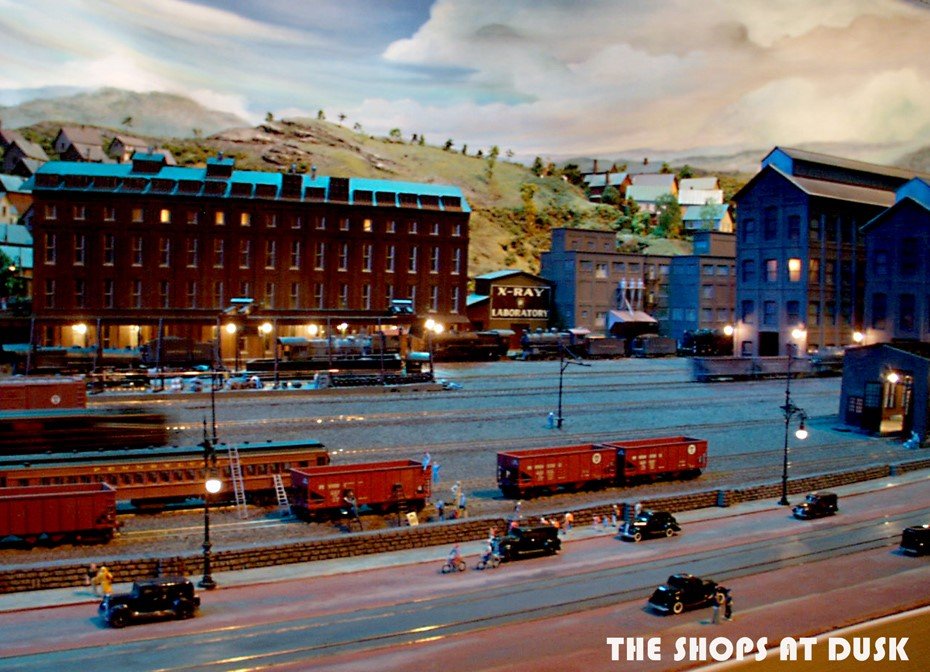 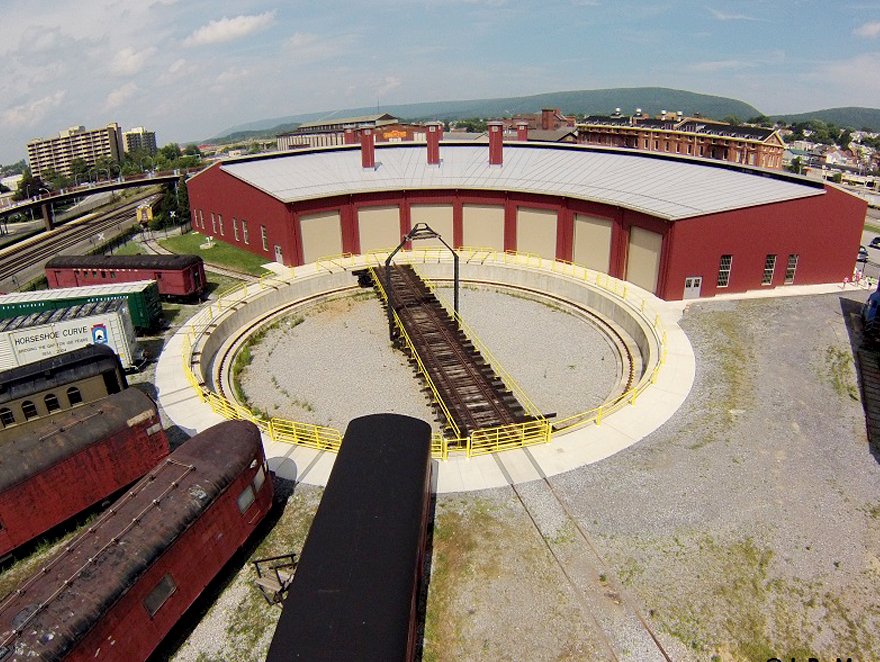 The museum's outdoor space has become a favorite spot for live music. 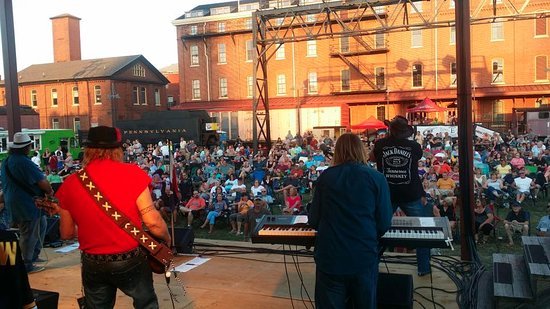 The city of Altoona owes its existence largely to the Pennsylvania Railroad (PRR).  The PRR chose the site for the location of a massive repair, maintenance and construction complex due to its proximity to the base of the Allegheny Mountains and its newly completed Horseshoe Curve.  The Curve, which is a National Historic Site, was (and still is) used to gradually raise the PRR’s huge locomotives and lengthy trains up and over the mountains.

Altoona was established by the PRR in 1849 when it built its first maintenance shop there.  It was then incorporated as a borough in 1854 and as a city in 1867.  By the 1920s, the PRR employed over 15,000 workers.  By the start of World War II, it had become the world’s largest rail shop complex with over 218 acres of yards, 37 acres of indoor working space and a shop three miles in length, in which over 6,000 locomotives were constructed.  However, the growing post-World War II popularity of air freight and over-the-road shipping ushered in the demise of the railroad industry in Altoona and throughout the country.  While trains still travel through the Mountain City and some still owe their livelihood to the industry, its highwater mark has long since passed.

The idea for a railroaders’ museum, to be located in Altoona, began in 1966 and the Altoona Railway Museum Club was formed the next year to bring that idea to reality.  To that end, the club began to collect local railroad memorabilia and displaying it at local events as well as raising money for a permanent home.  Former PRR land was acquired in 1975, ground was broken in 1979 and the grand opening of the Railroaders Memorial Museum was held in 1980.  The former Master Mechanics Building and adjacent land was attained in 1993 and the museum moved its operations there in 1998.

Visitors begin their journey through the museum by marveling at a full-size replica of the K-4 #1361 steam locomotive.  The real K-4 #1361 was acquired by the museum in 1985, restored in 2013 and is now the state’s official locomotive.  Also located on the first floor is an exhibit entitled “Why in the World Altoona?” and the Norfolk Southern Theatre which features films that document the steam era and the building of the Horseshoe Curve.  Exhibits on the second and third floors reveal what life was like for the railroad workers within the shops, their neighborhoods, homes and city of Altoona.  Another popular exhibit is the museum’s model railroad display located on the third floor.

"Railroaders Memorial Museum: About the Museum."  railroadcity.  Accessed May 31, 2018.  https://www.railroadcity.com/visit/museum/