Holy Cross Mortuary located in Culver City covers around 200 acres of beautifully landscaped land and lush rolling hills. Opening in 1939, Holy Cross is the largest cemetery in the Los Angeles area under the domain of the Archdiocese of Los Angeles. As with many other cemeteries in the surrounding area such as Hillside Memorial Park, Holy Cross is now the final resting place to countless celebrities and other well-known names, including: Bela Lugosi, Bing Crosby, Rita Hayworth, Jimmy Durante, Jackie Coogan, Loretta Young, Rosalind Russell, Audrey Meadows, John Candy, Sharon Tate and more. For history-enthusiasts fascinated with the Golden Age of Hollywood, Holy Cross is a tranquil gem.

The main administrative building at Holy Cross, in front of the mausoleum, with offices and chapels 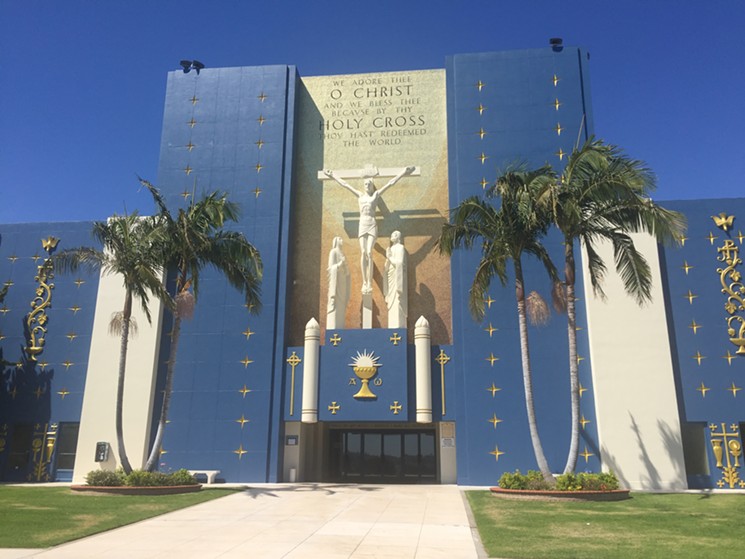 One of the many beautiful Catholic statues across Holy Cross, this one depicting Christ, the Madonna, and Joseph 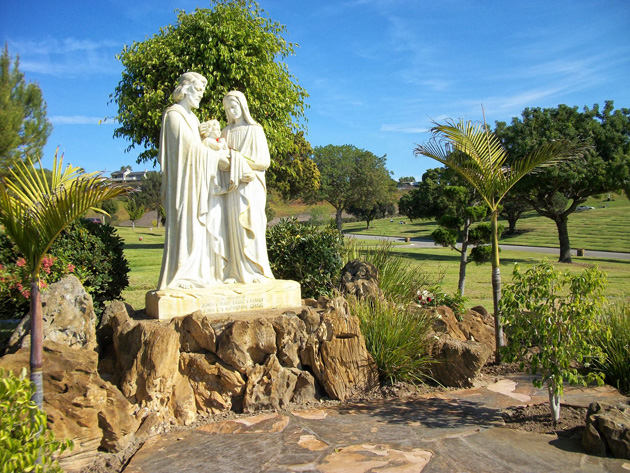 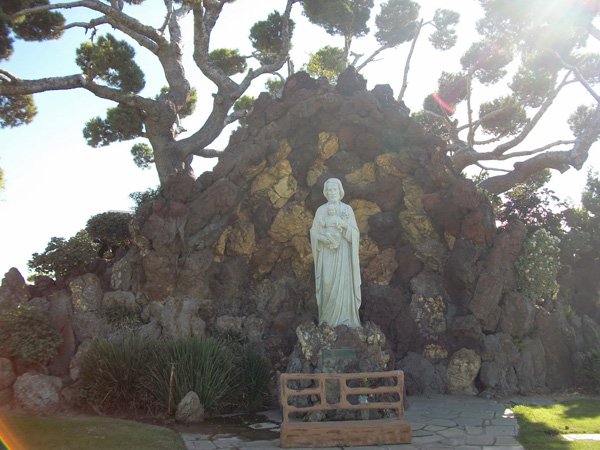 The murals inside the mausoleum, painted by Isabel Piczek 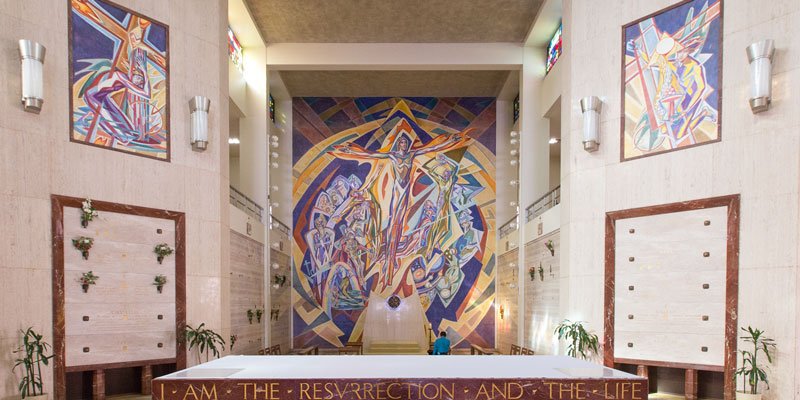 Holy Cross Mortuary in Culver City, located on more than 200 acres of rich, rolling land, has a history just as rich. In 1819, the land was claimed by Agustin Machado and belonged to the Rancho La Ballona. According to local historians, Machado was one of a few chosen to settle there and graze with their cattle due to his excellent horsemanship. Twenty years later, the governor of California, Juan Alvarado, confirmed the land grant of the Rancho La Ballona with the California Land Act.

In exactly a century, the Archdiocese of Los Angeles was looking for a new plot of land to build a new cemetery, recognizing the valleys and peaks across this more than 200 acres, he chose this land in Culver City. Though the creation of Holy Cross came later than other Catholic cemeteries in the area, this one coincided with the rise of Hollywood and the film and television industries. In 1939, the year Holy Cross opened, the city was called the "Heart of Screenland" as two of the top grossing pictures of all time, Gone With the Wind and The Wizard of Oz, were both filmed in the city.

When the cemetery was dedicated over Memorial Day weekend in 1939, it was stipulated that no vaults or monuments would be permitted, only flat grave markers, making it different from other celebrity-filled cemeteries around Los Angeles. In 1961, the cemetery's mausoleum was officially opened. The concrete was imported from Paris and the renowned artist Isabel Piczek painted three murals across the mausoleum. The mausoleum at Holy Cross is the final resting place for more than 6,000, and the cemetery itself more than 160,000.

The grotto section of the cemetery, built by Japanese designer Ryozo F. Kado, is filled with many famous names, including: Charles Boyer, Jimmy Durante, Jackie Coogan, Rita Hayworth, and Audrey Meadows. Bela Lugosi, who portrayed Count Dracula in 1931, is one of the most sought after graves, along with Sharon Tate, who was buried with the unborn child that Charles Manson and his followers also murdered. In addition to the stars laid to rest here, other distinguished names include those of doctors, studio bosses, aviation bigwigs, and prominent Los Angeles businessmen.

According to the Archdiocese of Los Angeles, Holy Cross is the largest and most beautiful operated by the archdiocese. Holy Cross is a beautiful piece of land filled with Catholic statues, valleys, and tranquility, and the Hollywood history to accompany it.