Built c1810-1830. This building is known as the Freeman Homestead after its first owner, S. Freeman, one of the original settlers of the village. It was built by S. Freeman or one of his children. It was at one time home of Reed Freeman, owner of the Binghamton Clothing Factory, site of a tragic fire in 1913. Later the house was part of the Happy Valley Homes and Lisle Congregational Conference Center. Despite the addition of the front porch, the building retains much of its original character. It is one of the best extant examples of the Greek Revival style in the village. 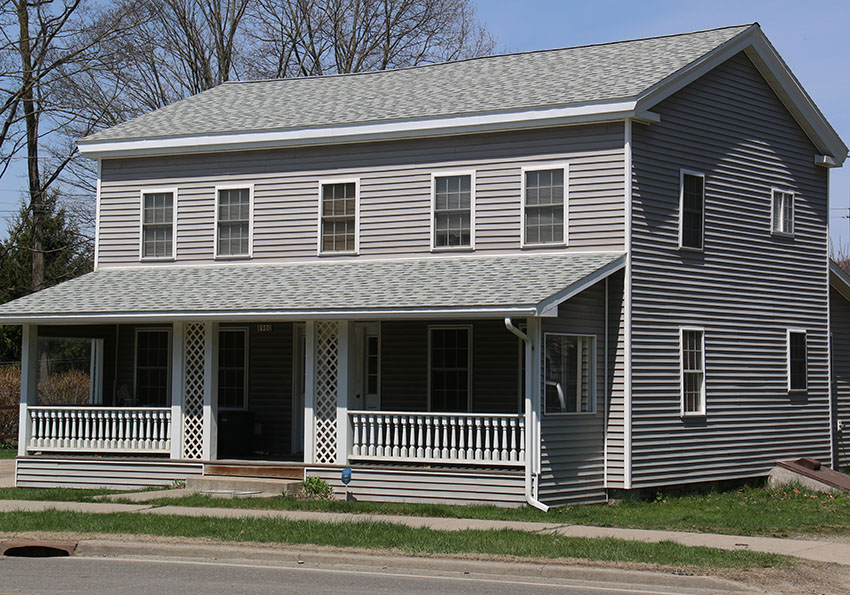