In the spring of 1939, 937 Jewish refugees chartered the S.S. St. Louis in hopes of finding asylum in Cuba. The refugees were permitted to leave Hitler’s Germany. However, anti-Semitism and fears that the refugees might take jobs from Cuban citizens led to public demonstrations in that country. As the vessel arrived, the Cuban government rescinded its previous offer of asylum. With no place else to go, the MS St. Louis traveled from Havana to Miami on June 3rd. The ship's captain appealed to Franklin Delano Roosevelt, asking the American President to intervene on behalf of his passengers and permit the vessel to enter the port of Miami where they could secure fresh water and food. The President never responded and the US Coast Guard trailed the vessel to keep it from entering an American port. US officials did not ignore the refugee's plight, but they valued immigration quotas over humanitarian aid. These officials feared that allowing 937 refugees to enter the United States might inspire thousands of other Jewish refugees to cross the Atlantic. Reflecting public opinion polls that showed that 87 percent of Americans opposed measures that would provide asylum for European Jews, officials chose to enforce strict quotas that that virtually barred any refugee from Nazi Germany from entering the nation. Senator Robert Wagner and Edith Nourse Rogers sponsored a bill that would have allowed the refugees to enter the United States along with up to 20,000 Jewish children. However, this bill and others like it met nearly unanimous opposition. After being denied asylum in the United States, the ship turned south on June 6th, once again crossing the Miami coastline before returning to Europe. European leaders of four nations (England, France, Belgium, and the Netherlands) decided to make an exception to their own immigration policies and allowed the refugees to remain in their nations instead of sending them to Nazi Germany. The 288 passengers granted refuge in England were safe but those France, Belgium, and the Netherlands would eventually face Nazi occupation and concentration camps. Tragically, each of the refugees had been less than a mile from safety and freedom in the United States.

Refuge Denied documents the experience and fate of the refugees. For more information on this book, click the link below. 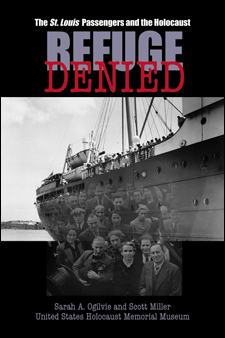 The MS St Louis carried 937 Jewish refugees from Nazi Germany who sought asylum in Cuba or the United States. 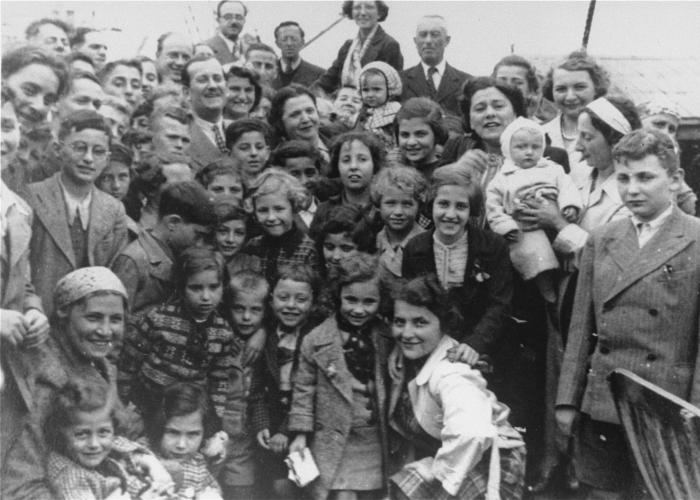 Richard Breitman and Allen Lichtman, FDR and the Jews. For more information on this book, click the link below. 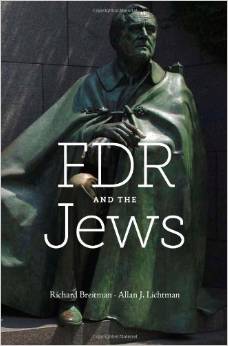 In A History of the United States, historian David Trowbridge summarizes the American decision to refuse asylum to Jewish refugees as a combination of anti-Semitism, isolationism, and opposition to immigration in a time of economic crisis. Trowbridge writes that Americans opposed any measure that might ease restrictions against immigration until the final years of the war because they feared that any change in policy might inspire "a flood" of refugees to come to the United States. Although unemployment would drop to record lows in 1942, 15% of Americans could not find a job in 1939. Contemporary newspapers reveal that Americans were both aware and concerned about the plight of Jews in Germany. At the same time, many Americans continued to blame immigrants and Jews for the nation's economic plight.

"With few exceptions, Americans supported the continuation of immigration quotas and other restrictions during the 1930s and throughout World War II. Americans and their leaders feared that any exception to the quotas established by the 1924 Immigration Act would inspire tens of thousands of refugees, especially European Jews, to attempt to enter the country. As a result, Congress refused to consider any exceptions to the quotas even as news about Nazi extermination camps reached the United States in 1942. After newspapers stopped printing news stories about the camps and attempts to escape Europe, Jewish leaders purchased full-page advertisements detailing the killing with headings such as “How Well Are You Sleeping? Is There Something You Could Have Done to Save Millions of Innocent People from Torture and Death?”

Congresswoman Edith Nourse Rogers and others failed in their attempts to modify immigration restrictions to allow Jewish refugees to enter the United States until 1944. At this time, Jewish leaders convinced Rogers’ peers in Congress and President Roosevelt to lift immigration restrictions against Jewish refugees and create the War Refugee Board. Other Americans donated money to international Jewish groups who waged secret operations in Nazi-held territory."