The John Sargent House (sometimes called simply "The Sargent House"), is a single-dwelling, historical house constructed during the period 1882-1885 and located in the famous Nickel Plate district of Topeka, Kansas. It is considered one of the leading local examples of the Gothic Revival style. The building is named for prominent English-born Kansas architect John Sargent (1849-1916), who lived there until his death. The house maintains a high degree of architectural integrity and reflects all the design characteristics that are commonly found in the Gothic Revival style house. The property was added to the National Register of Historic Places in July 1995. 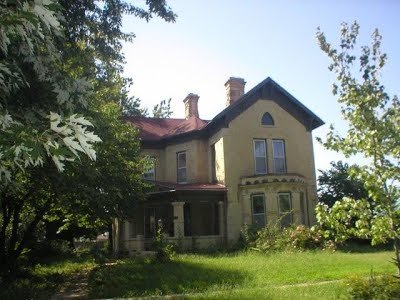 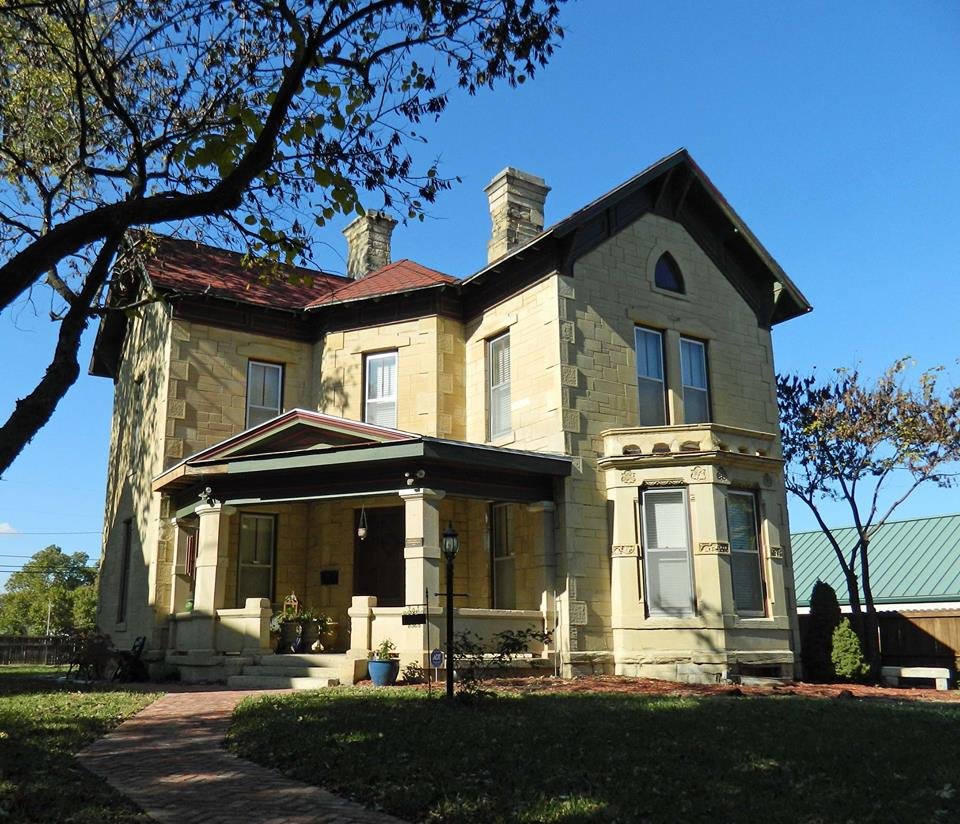 The Sargent House as it appeared in 1960. 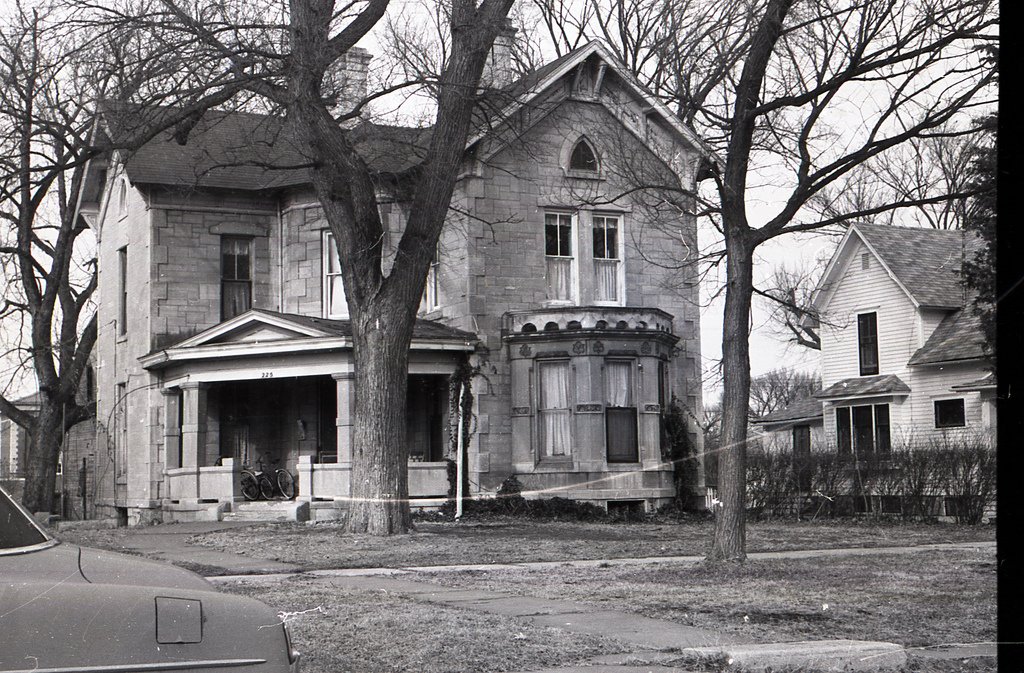 John Sargent, who has been called "the man who built Topeka," was born in Barnstaple, Devonshire, England, in 1849. Shortly after his marriage to Mary Griggs, he moved to the United States and settled in Cincinnati, Ohio. A trained stone mason, he immediately received important commissions and soon found work with the U.S. Treasury Service. After seven years of working for the Treasury, he moved to the rapidly-growing community of Topeka, Kansas, in 1879. After taking charge of the construction of the west wing of the State Office Building, Sargent entered into a partnership with O.P. Smith of Lawrence, Kansas. Together, thise men constructed many prominent local buildings.

About the time that he constructed his own Gothic Revival house on Clay Street, Sargent entered into another partnership with the Scottish-born architect James Cuthbert, with whom he built, among other commissions, the courthouses at Lawrence and Beloit, and Spooner Library at the University of Kansas, Lawrence. In 1910, when he was in his 60s, Sargent went into partnership with his son John to establish the Sargent Cut Stone Company, for which he took charge of the construction of Grace Cathedral, the hospital for women at the State Hospital at Topeka and the Gage Park Arch entry.

The John Sargent house was nominated to the National Register of Historic Places under two criteria: Criterion B for its historical association with the distinguished architect/stonemason John Sargent, and Criterion C for its architectural significance. It has been called Topeka's finest example of the Gothic Revival style and one of the city's ten most important residences. In the 1983 city directory, the Sargent residence was listed as Number 61 Clay Street, which corresponded to the lot number. The number "61" is thus carved over the entrance to the house; only later was the address altered to 225 SW Clay Street. The pointed arch in the house's attic contains the signature of a stonemason: it appears to read "John Adams, 16 May 1882," which confirms the estimated approximate date of its construction.

The Gothic Revival style is characterized by a steeply pitched roof, usually with cross gables, wall surfaces that extend into the gable without break and windows that extend into the gables, which are commonly decorated with brackets. It began to be popularized in America in the 1840s and 1850s. Other than this house, the most significant Gothic Revival residences in Kansas are the Amelia Earhart home in Atchison and the Castle Tea Room in Lawrence.

Native limestone quarried at Cottonwood Falls was used for the building's exterior. This same limestone was also used on the west wing of the State Capitol, and local legend maintains that the stone for the house was "appropriated" from this site. The house's original shape was ell-shaped with an angled entry. A gabled roof addition, also of limestone, was added in 1910. The northwest corner of this addition includes a trimmed concave corner. Legend has it that this trimmed corner was added by Sargent to allow his horses access to the (no longer existing) barn without scraping the wall. A wooden shed roof addition projects from the south side of the limestone addition. Each front gable has four brackets supporting the roof eave. A chimney rises from each side of the cross-gabled roof. A stained glass window is located on the second story of the south elevation. Where the cross-gables meet, a limestone porch dominates the facade of the building.  A tongue and groove ceiling covers this porch and a solid limestone railing defines the area.