Randolph-Macon College was organized in 1830 by the Methodist denomination to respond to the need for a liberal arts college for prospective ministers, and remains the oldest incorporated Methodist College in the country. The college opened in October 1832 on the outskirts of the town of Boydton, built on the site of a former horse race track. Prominent builders, William A. Howard and Dabney Cosby, were the contractors of the Main Building--the focus of college life. The plan of monumental brick four-story Main Building embraced a central section of 52 feet by 54 feet deep, with east and west wings, resulting in a façade that stretched 187 feet in length. It contained 70 rooms--administrative offices, library, dormitories--plus a chapel. The dormitories were in the wings and on the upper floors. 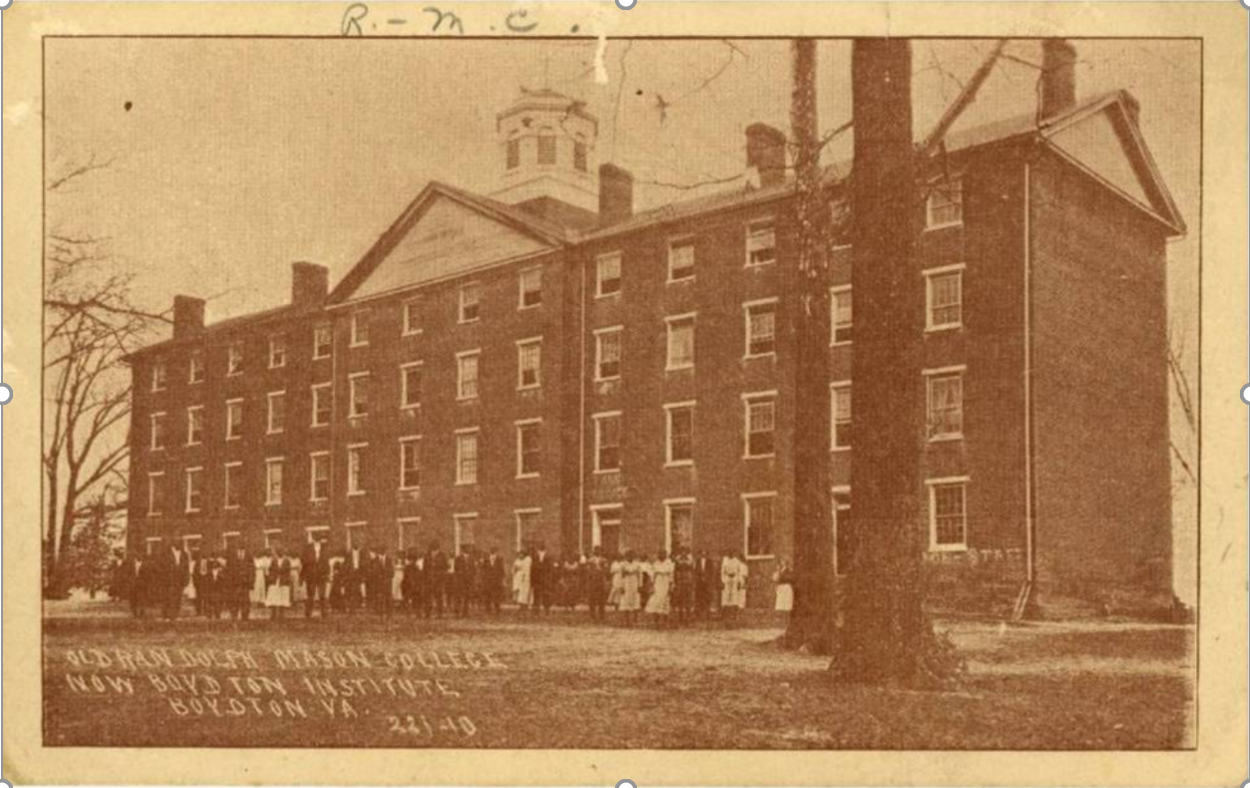 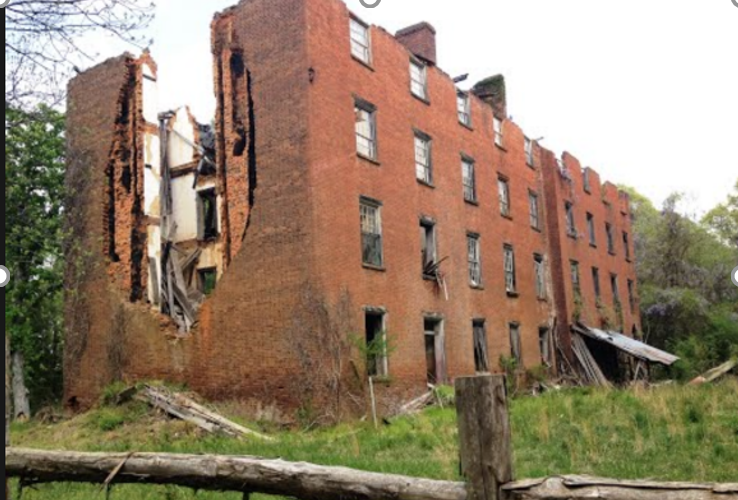 The Randolph Macon property included 390 acres—90 cleared for the campus and 300 forested. Among other college facilities were the Preparatory School; a dormitory (Western Building); Steward’s Hall, where meals were served; the president’s house; a hotel; and faculty homes.

An indication of the school’s prominence in the nation at the time, President John Tyler (President 1841-1845) came to Randolph Macon College and spoke in Boydton on the gradual elimination of slavery and other pertinent issues of the time.

During the Civil War a “classical School” continued to operate out of the Preparatory Building but the Main Building was converted to be used as a commissary to serve the Confederate States of America (CSA).   The college hosted recruitment banquets for the Boydton Cavalry and the Mecklenburg County militias. A Department of Military Instruction was begun by the college in February 1862; however, the “Conscription Act” of 1862 took almost half the student body. Low enrollment forced the college to close in February 1863.

As the war drew to a close in April 1865, General Sheridan and his raiders paid a “visit” to Boydton.  A short time later on May 3, 1865, the 14th and 20th Corps of William T. Sherman’s army travelled past the college, having crossed the Roanoke River at Taylor’s Ferry on their way north and home via Petersburg, Virginia. (Sherman himself was not with these soldiers.) While the college opened for a short time in 1866, the poor conditions of the economy, transportation and college facilities that had deteriorated during the war years, culminated in the relocation of Randolph Macon to Ashland in 1868.

After the war’s end, the college housed the Union Provost Marshall’s office, as well as the local Freedmen’s Bureau, an organization set up by the federal government to aid freed slaves. Also postwar, the school was the site of several educational ventures. Most successful among these was the Boydton Academic and Bible Institute, a Christian school for former slaves which operated from 1878 to 1935. Among notable students of the Boydton Institute were Mozella Jordan Price and Episcopal Archdeacon E.L. Baskervill—both tireless African American education advocates; as well as, Vernon Johns who is often referred to as the “Father of the Civil Rights Movement.”  The headmaster’s home, Helensha Cottage, is located adjacent to the remains of the main college building.

The Old Brunswick Circuit Foundation (OBCF), a charitable non-profit that purchased the neglected site in 2009. While only the walls of the old Main Building remain and are beyond restoration for occupation, the ruins are still magnificent and worthy of conservation. The OBCF is seeking to stabilize and preserve the portions of remaining structures as the focus of an interpretive walking trail and thus continue the site’s educational purpose.