This historical marker commemorates the historic fight between John Sullivan and Jake Kilrain that took place at this location on July 8, 1889. The fight was one of the last bare-knuckle bouts and lasted 75 rounds and two grueling hours. Sullivan won the bout which became the final sanctioned bare-knuckle prize fight.

This marker is located at the site of the 1899 bout that saw Sullivan defend his World Heavyweight Championship title. 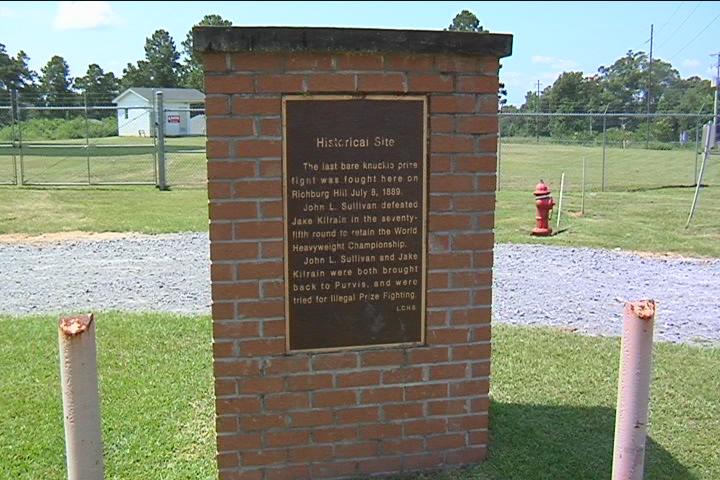 John Sullivan was known as America's first sports superstar. Nicknamed the "Boston Strong Boy," Sullivan was an American boxer of Irish descent who  his support of Ireland and the United Stated during his bouts with flags from both countries. During this epic bare-knuckle battle, John Sullivan had the first knock down of the 75 round match while Kilrain drew the first blood from Sullivan. Sullivan won the match after two hours and 75 rounds.