The First Presbyterian Church of Jackson was organized by a committee of the Athens Presbytery in 1836. The committee met in the home of Dr. and Mrs. Isham on the corner of Church and Court Street. The first church building was built in 1838 on land donated by Mrs. Isham behind the church's present location. In 1887 the original building was razed and the current church was built. However, three items left from the original structure are still used by the church: the old church bell, the old clock, and the pulpit, which currently occupies the Sunday school room. 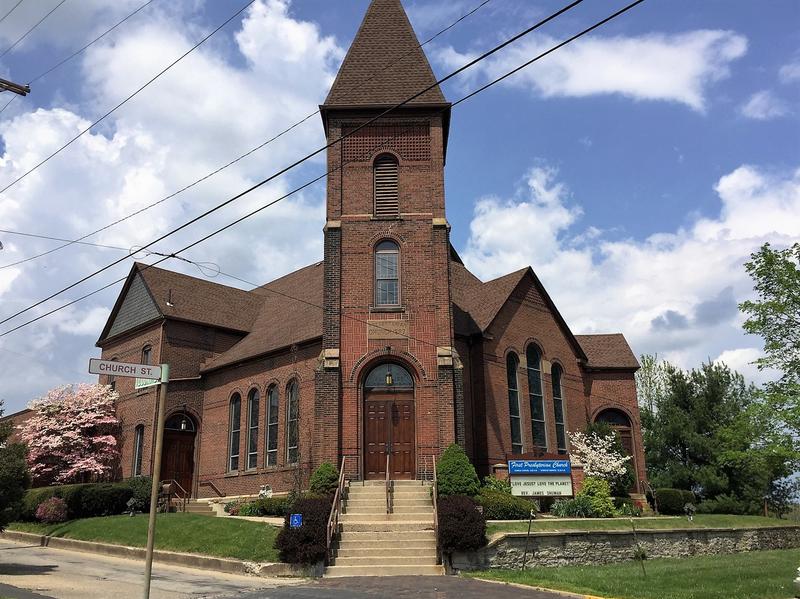 The original church was a single room, brick building featuring white double doors and windows on each side of the entrance. The pulpit was situated at the opposite end of the church so that the minister would always be facing the entrance with the choir on his left and the church elders at his right. Thirty-five years after the church was built, a full-time pastor was assigned to the church in 1872. Fifteen years later, the original building was torn down and replaced with the current structure.

Despite its early instillation in Jackson, the church did not grow quickly and it did not boast significant membership until the 20th century. What growth did occur after the turn of the 20th century was largely due to mergers with other congregations. In 1918, the local German Lutheran Congregation merged with the Presbyterian congregation. In 1932, the local Welsh-Presbyterians merged with the First Presbyterian Church, and the congregation swelled to nearly six hundred members. In 1941, the church received the pipe organ that is still played during every Sunday service

The Presbyterian Church originated in the 16th century from the Protestant teachings of John Calvin. The same doctrine established by Calvin formed the bases of the Anglican Church and Puritan congregationalism. The Puritans themselves were a radical offshoot of the Anglican church who believed that the church of England retained too many Roman Catholic influences and had to be "purified" so that the true religion could be taught. The name Presbyterian was derived from the church government structure. The Presbyterian structure is a system of government by representative assemblies called presbyteries. Structurally Presbyterianism is an alternative to Episcopal andCongregationalistt church systems. An Episcopal church system is one lead by bishops such as in the Catholic church, Lutheran Church, and Anglican church. Congregationalism is a system in which the church is run by the collective church members such as was advocated by the Puritans and is employed by Baptist and Pentecostal churches.