The Methodist community of Jackson actually predates the city by at least twelve years. Some records date the Methodist community back to 1801, but the more likely and accepted beginning date is 1805 when the Salt Creek Circuit was established by the Methodist Church. The first Methodist Episcopal Church was built in 1835 on the corner of Portsmouth and Water Streets where the Jackson County Correctional Facility is currently located. In 1854, the original church was torn down and replaced with a larger church that was not completed until 1868. In 1892, the current church was built to facilitate the growth of the Methodist community. Since then, a number of renovations and additions have been done to the church, but the main building looks much the same as it did when it was completed in 1893. 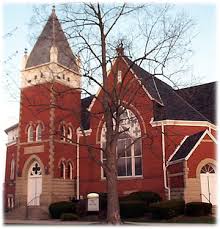 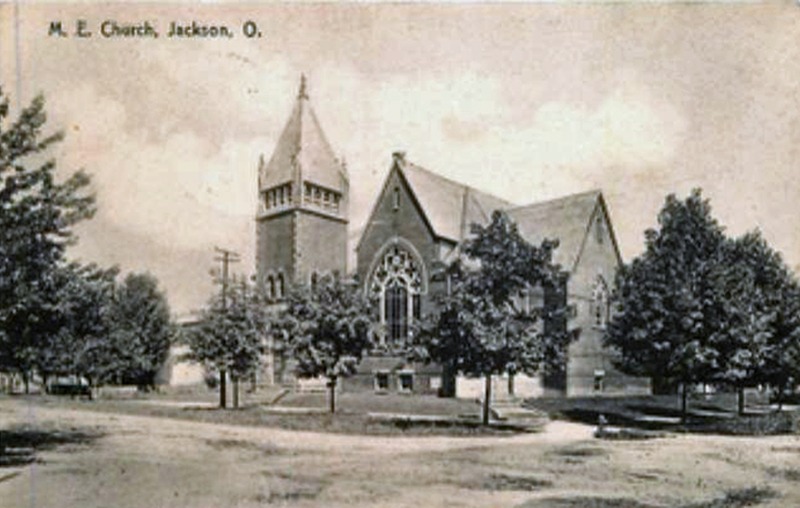 Though some have dated the beginning of the Methodist community in Jackson, Ohio in 1801, the more widely-accepted date is 1805. In that year, the Methodist Church established the Salt Creek Circuit. In the earlier years of the Methodist Church in Ohio, local Methodist groups, referred to as "Classes," were led by two parsons who served the Methodist communities throughout Ohio. In the weeks between visits from the circuit preacher, members of each group would lead their weekly meeting. In the warmer months, several groups would meet outside in a camp meeting that lasted one or two days. After 1821, the different classes met together as a congregation in the county courthouse, located at the corner of Main Street and Broadway. Later the congregation met in a log building near the current location of Holy Trinity Church.

In 1835, the first Methodist Episcopal Church was built where the current Jackson Correctional Facility stands. In 1854, the original church was razed and construction began on a new two-story brick church with a basement. The following year, the church was assigned its own pastor and was no longer part of a circuit. During the construction of the new church, the congregation again met in the county courthouse until it was possible to hold service in the basement of the uncompleted building. Construction of the new church was not finished until 1868. The reason for the long delay in completion was local and national economic instability in the mid 19th century.
By 1892, the congregation had grown to include 526 members and construction of the third building was approved to accommodate the growth of the congregation. The new church was completed the following year in 1893. In 1902, the church's pipe organ was dedicated, coming at a cost of $2,500. $1,250 were raised by the church members to pay for the organ, and the other half of the cost was paid for by a grant given to the church from Andrew Carnegie. In 1963, a new two-story wing was added behind the church to facilitate the extra church school classrooms needed for the more than four hundred regular attendees. The latest addition to the church was a large addition designated as the church's Family Life Center, which includes a basketball gymnasium and adjacent rooms and an enclosed areal walk-way that connect the Family Life Center to the main church building.
The church is an extremely active part of the Jackson community. The Life Family Life Center is open for use by the community, and the church has a long history of sponsoring the local Girl and Boy Scout troops. The church has also contributed to international aid missions and continues to host a number of local events and functions including blood drives, health clinics, various preschools, screening for the Jackson City Schools, and the Eisteddfod (A Welsh singing competition that has been embraced by the Jackson community as a part of its heritage).

1805-2011: History of our Methodist Heritage in Jackson, Ohio. jacksoninfo. . . http://www.jacksoninfo.net/church-historys.html.