Located on the second floor of the Warren-Trumbull County Public Library, the Sutliff Museum and Underground Railroad Exhibit educates visitors on life during the Victorian era and the contributions of the Sutliff family to the surrounding community. Created in 1955, the museum hosts exhibits which feature Victorian furniture and decorations, many of which were owned by the Sutliff family. The museum also houses documents related to abolitionist movements and anti-slavery settlements. 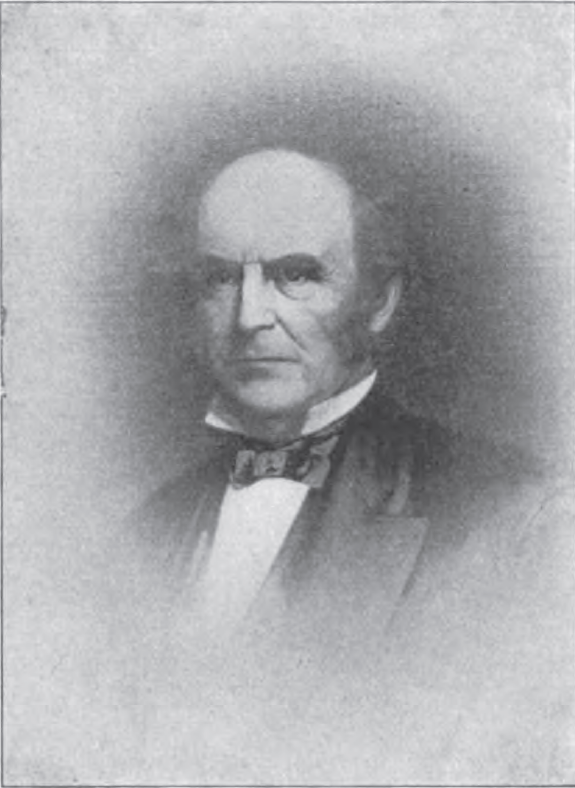 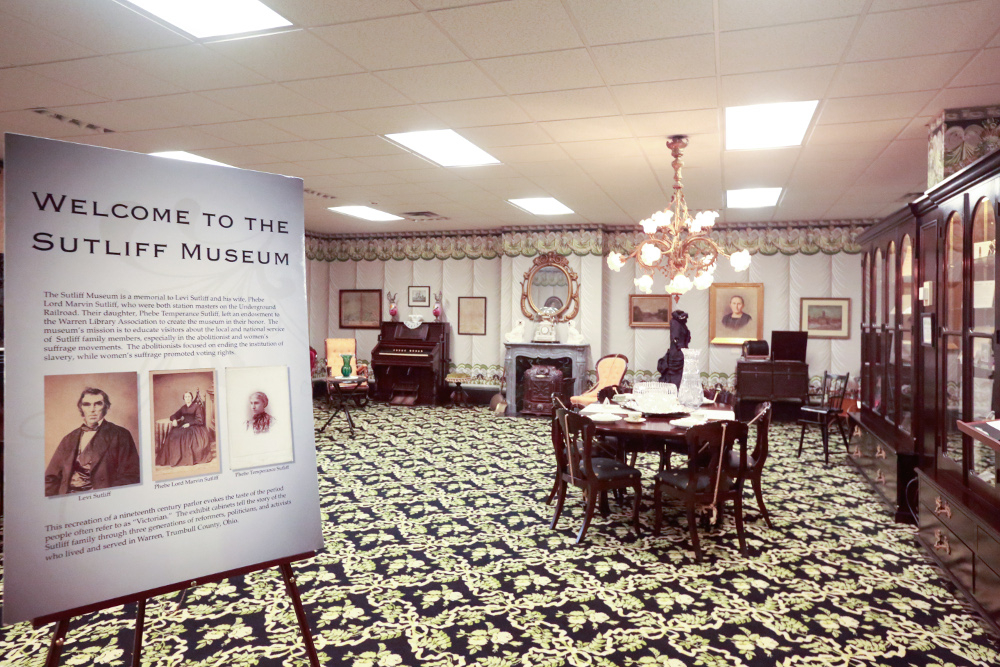 The museum was founded in 1955 through an endowment made by Phebe T. Sutliff to the Warren Library Association. The daughter of Levi and Phebe Marvin Sutliff, Phebe Temperance Sutliff was the first woman president of Rockford (Illinois) College and was an Ohio candidate for Congress in 1924. She founded the museum to ensure that her family’s legacy as activists in the Underground Railroad and abolition movements would not be forgotten.

The Sutliff family moved from Massachusetts to Trumbull County, Ohio in 1804. Settling in Vernon, the family quickly became involved in the civil life of their community.  Levi Sutliff, born in 1805, was highly active in the Underground Railroad in Trumbull County.  His brother, Milton, born in 1808, was an Ohio Senator and Supreme Court Judge.  Milton also supported Trumbull County abolitionist movements. The Sutliffs did not limit their abolitionist activities to the state of Ohio. In 1833, Levi and Milton traveled to Philadelphia to attend the first meeting of the National Anti-Slavery Society. Due in part to their efforts, the Trumbull County abolitionist movement was one of the largest in the state of Ohio, and contained over 150 miles of lines leading to freedom in the North. The library has since been designated a Freedom Station of the National Underground Railroad Freedom Center.

Museum exhibits include furnishings and household items from the Victorian era, including a desk, kitchenware, clothing, and books. Careful attention has also been paid to the wallpaper and carpeting, which reproduce Victorian designs. One of the museum’s prized possessions is an iron hobble, which Levi Sutliff removed from one of the escaping fugitive slaves he assisted.  The museum also houses a manuscript collection which includes Sutliff family business records, personal letters, and correspondence from national and state abolitionist societies. As part of their ongoing efforts to educate their community, the museum created the Trumbull County Museum in a Box program. Designed for elementary, middle, and high school students, these kits contain objects and documents pertaining to various subjects relevant to Trumbull County including Pioneer Life, Civil War/Underground Railroad, Victorian Life, and Native Americans.