This historic building was home to the repair shops of the Detroit, Toledo, and Ironton Railroad company from 1906 to 1984. The DT&I Railroad was originally named the Detroit Southern Railroad and extended from Detroit to Ironton, Ohio. In 1904, the company announced that the new repair shops for the railroad were to be built in Jackson where all the repair work for the railroad was to be done. The old shops were located in Springfield, Ohio, but largely due to the efforts of local businessman and philanthropist, Edwin Jones, Jackson was selected as the location for new shops. These shops were larger than those in Springfield and outfitted with the latest equipment. In October 1906, the shops began operation and employed between 350 to 400 workers for most of the 20th century. The repair shops in Jackson continued to operate until 1984 when the shops were permanently closed. 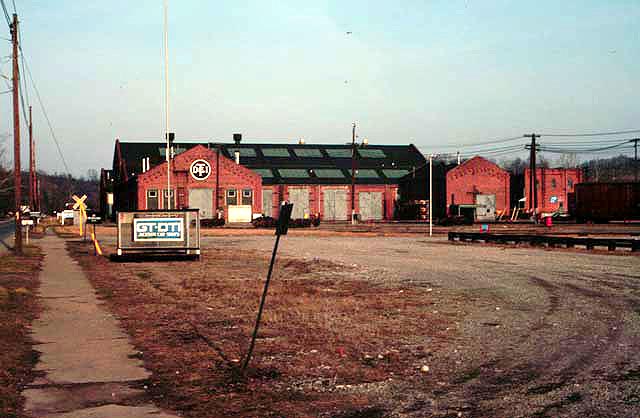 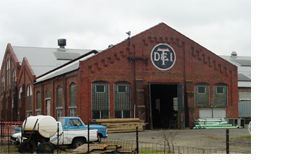 On July 5, 1904, the DT&I Railroad Company fell into the receivership of Samuel Hunt. From the late summer to the winter of 1904, Edwin Jones negotiated with Samuel Hunt and the principal bound holder of the company, F. E. Lisman, to move the repair operations for the railroad from Springfield, Ohio to Jackson, Ohio. The new location was to be the location for all repairs of the company's locomotives and rail cars and better equipped than the old repair shops in Springfield. The primary reason for selecting Jackson as the location for the new shops was that Jackson county provided most of the company's rail traffic. There was also the possibility of extending the railroad into the coalfields of West Virginia and Kentucky.

The plans for the facility called for a machine shop, boiler shop, Blacksmith shop, mill, passenger car paint shop, freight car repair shop, storehouse storeroom and office, an oil house, and a roundhouse. In October of 1906, the facility began operations and employed between 350 to 400 people. On July 9, 1920, Henry Ford purchased the DT&I, and on May 21, 1921, he came to Jackson and was greeted by the local Ford dealer, Charles Scott at the Scott building. The Scott building was built in 1917 by Charles Scott and is currently the location of Coll Auto Sales Company on the corner of Church and Main Street.

On June 27, 1929, Henry Ford sold the DT&I Railroad to the Pennroad Corporation, and the DT&I began to slowly but steadily decline. Three years later, passenger traffic between Jackson and Ironton, Ohio was discontinued on September 18, 1932. On February 28, 1951, the DT&I fell under the control of the Pennsylvania and Wabash Railroad, and three years later, on May 8, 1954, passenger traffic between Jackson and Springfield, Ohio was discontinued. The last steam engine serviced at the Jackson facility was repaired in 1954, and the following year all engine repairs stopped. The Jackson facility from that time onward was used for car repairs only. On June 24, 1980, the DT&I was bought by the Grand Trunk Western Railroad. In late 1983, it was announced that the Jackson facility was closing and on operations completely ceased on March 27, 1984.