Great Smoky Mountains National Park ranges across the states of Tennessee and North Carolina. The sprawling landscape of the park covers 520,000 acres of luxurious forests and features an abundance of wildflowers that bloom all year round. Rivers, streams, and waterfalls appear along many hiking routes that include a segment of the Appalachian Trail. The Clingmans Dome, the highest peak and location of an observation tower, offers scenic views of the mist-covered mountains. At Sugarlands Visitor Center in Gatlinburg, visitors can stop and pick up maps, enjoy exhibits, and watch an introduction video. Stopping at Sugarlands Visitor Center is a perfect way to start your journey exploring the Great Smoky Mountains. 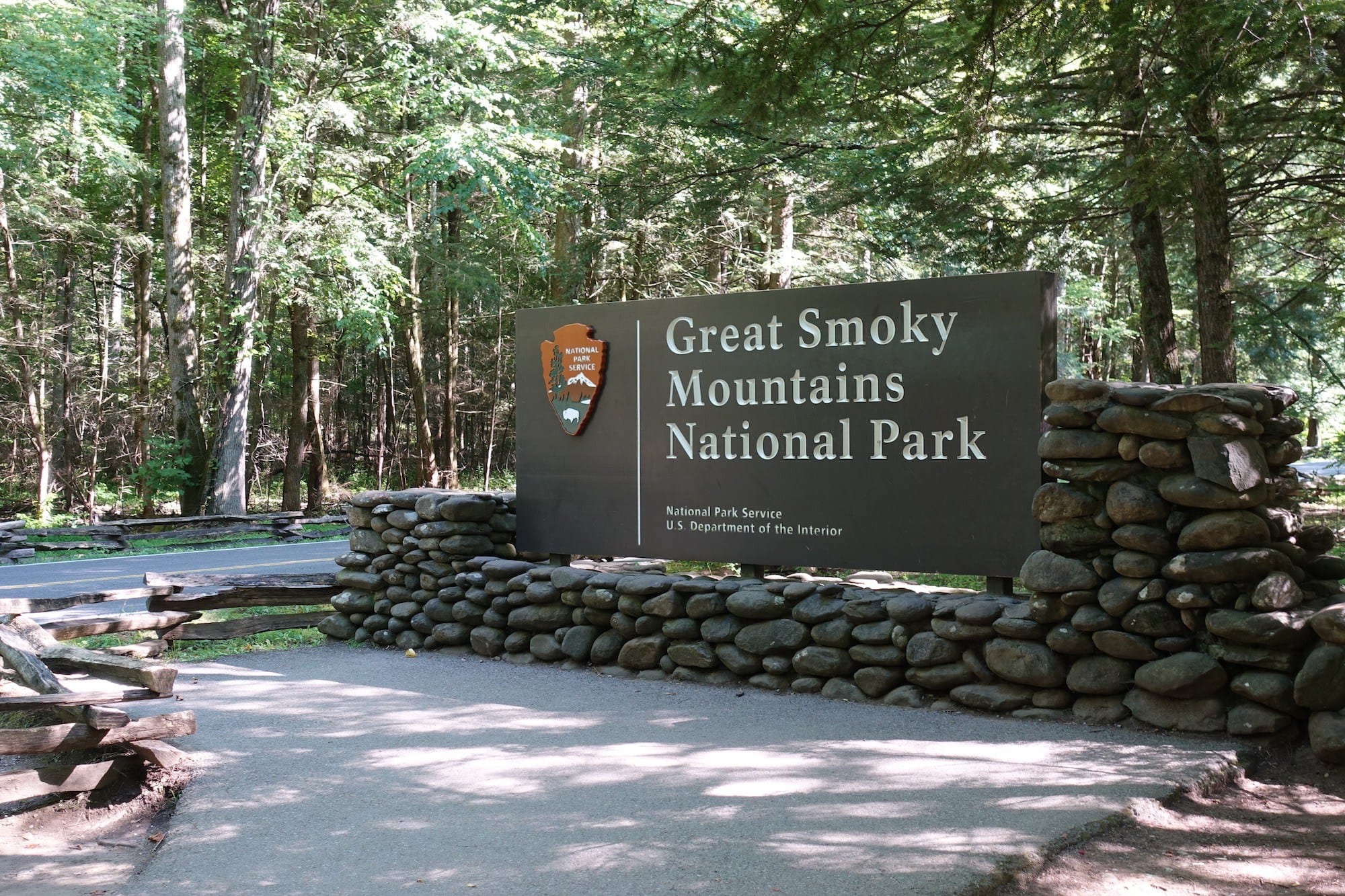 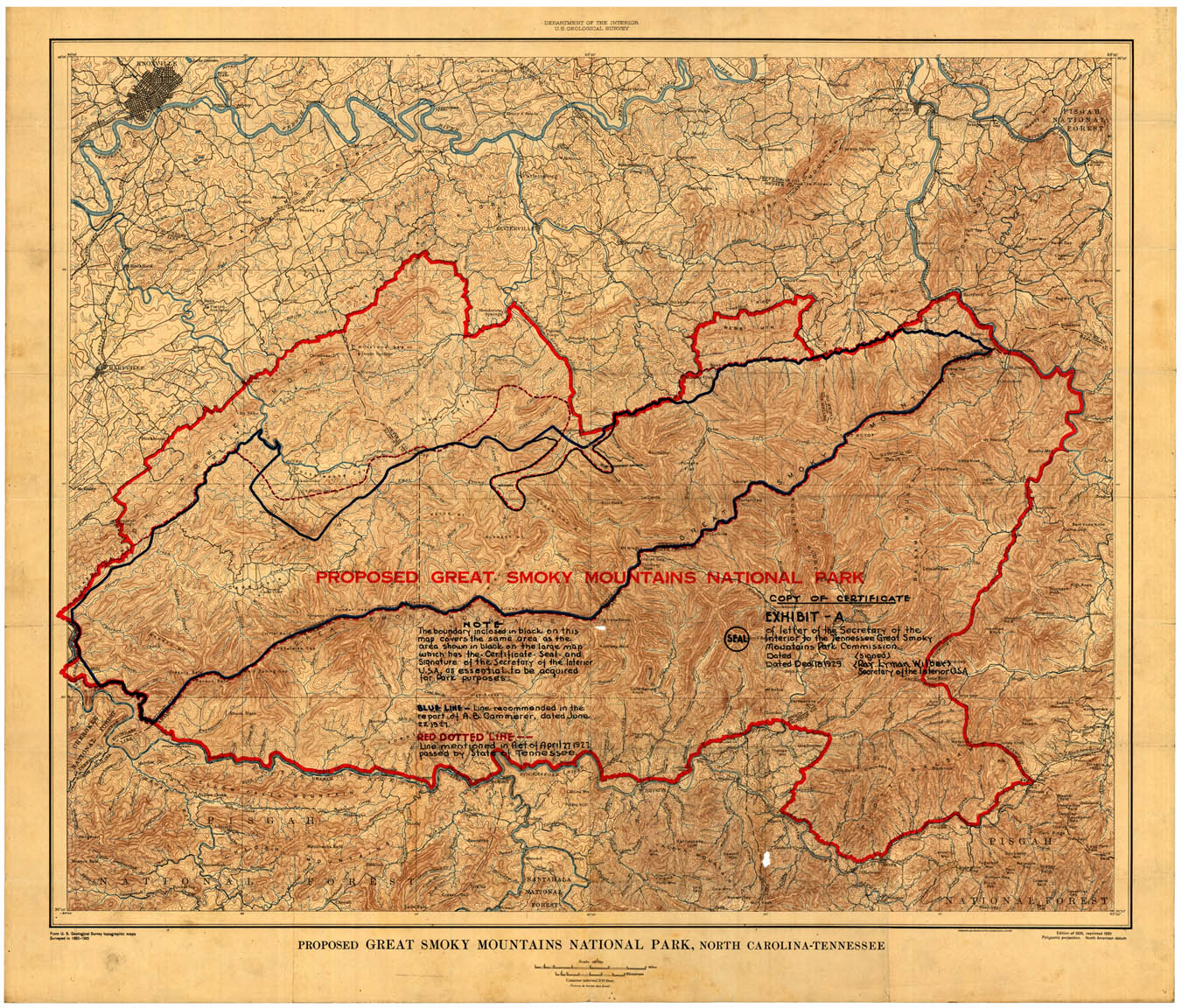 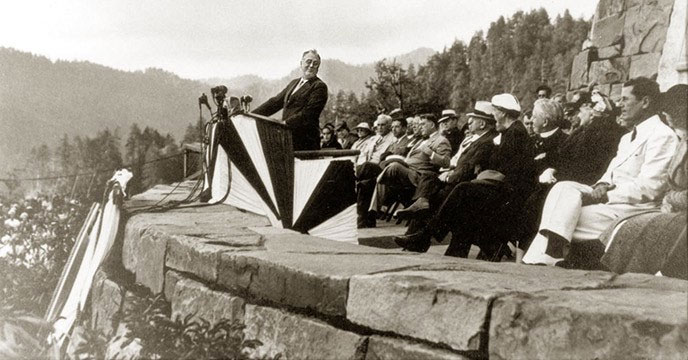 The Rockefeller Memorial, Located in the Park, Built By the Civilian Conservation Corps (CCC) 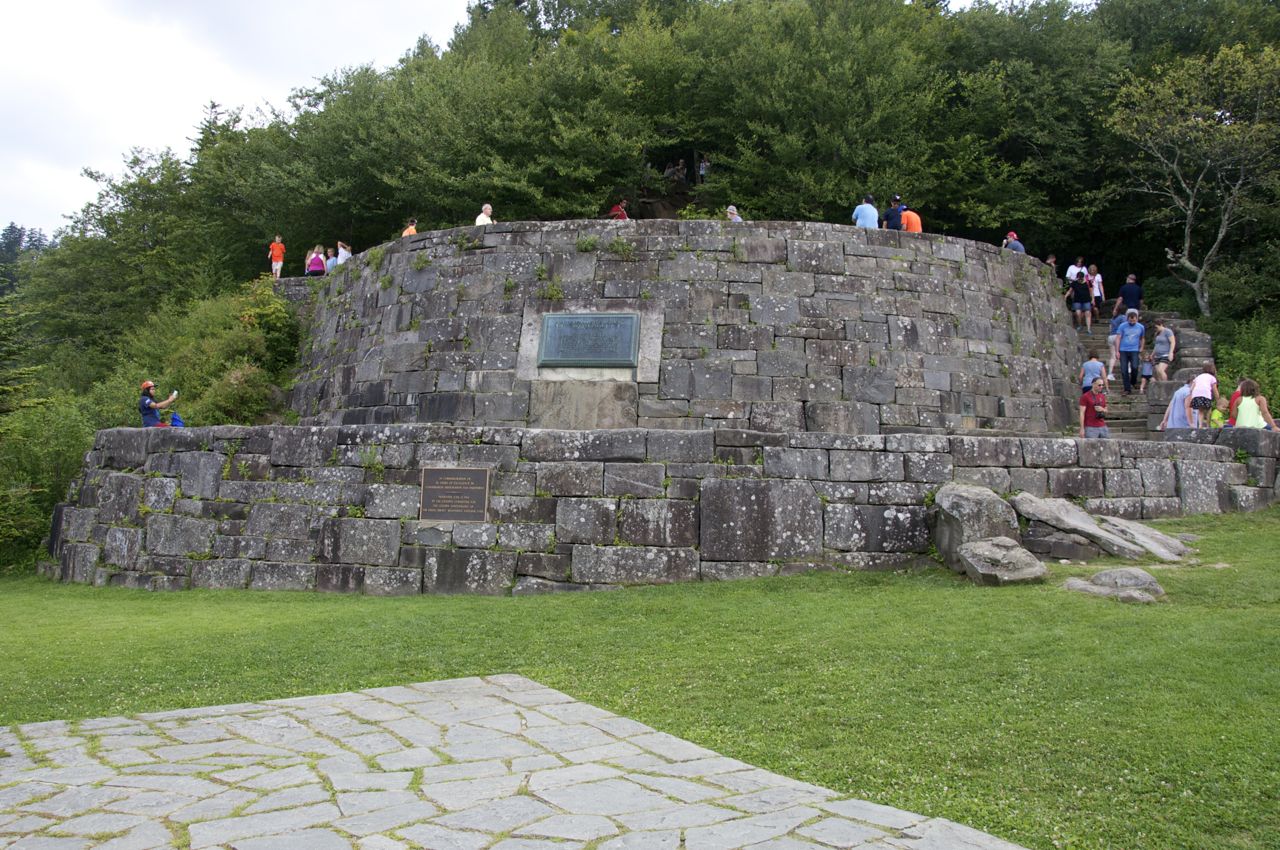 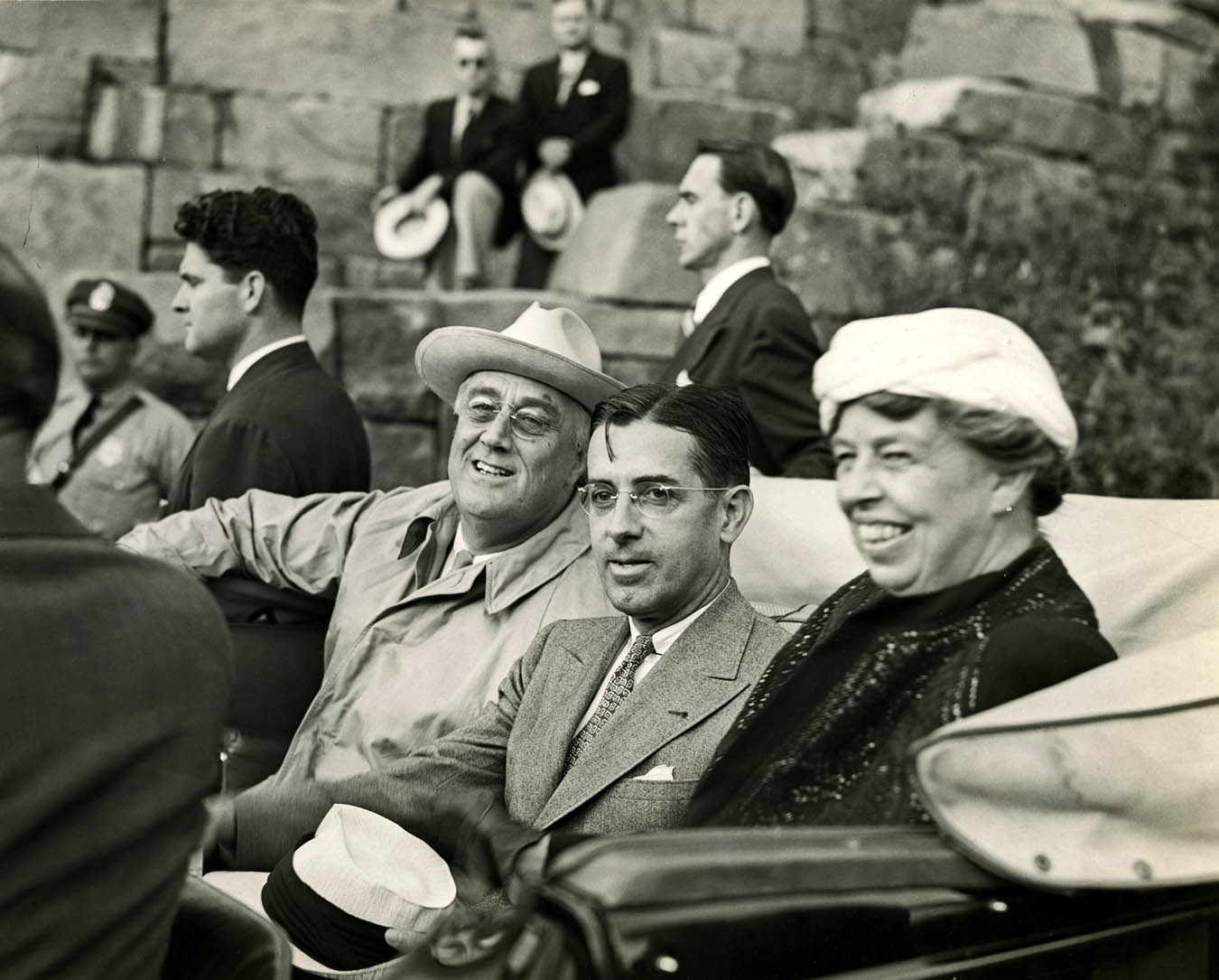 Historic Photo of the John Oliver Cabin in Cades Cove 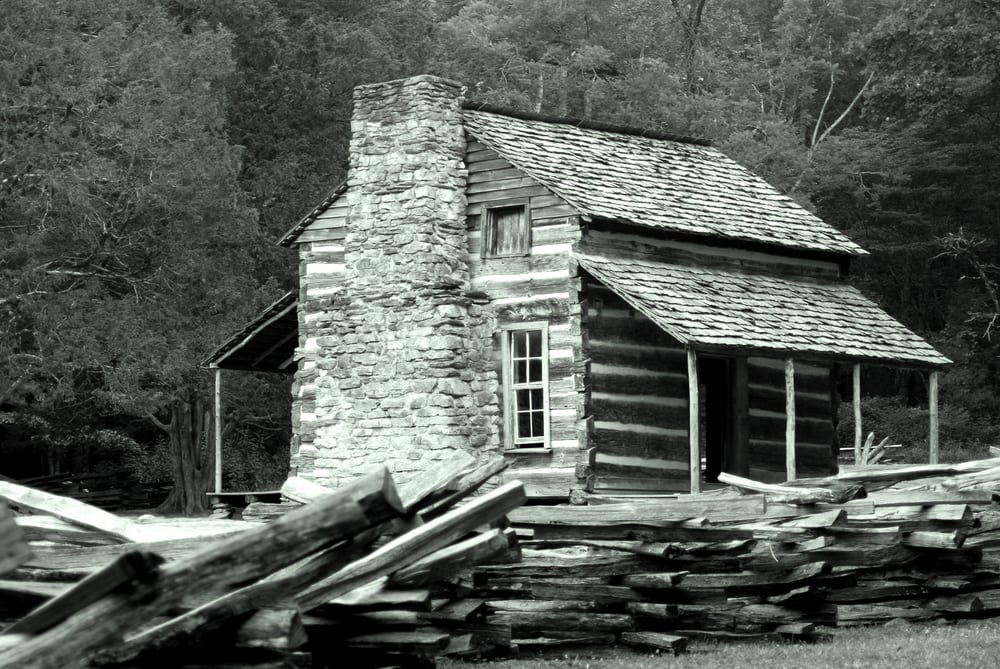 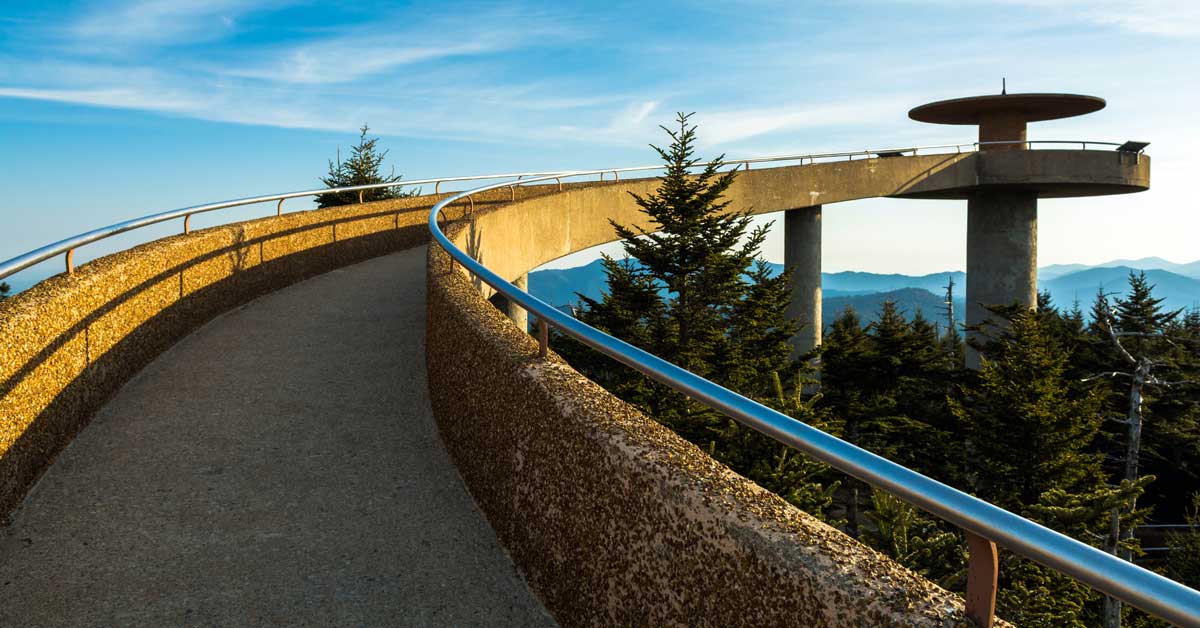 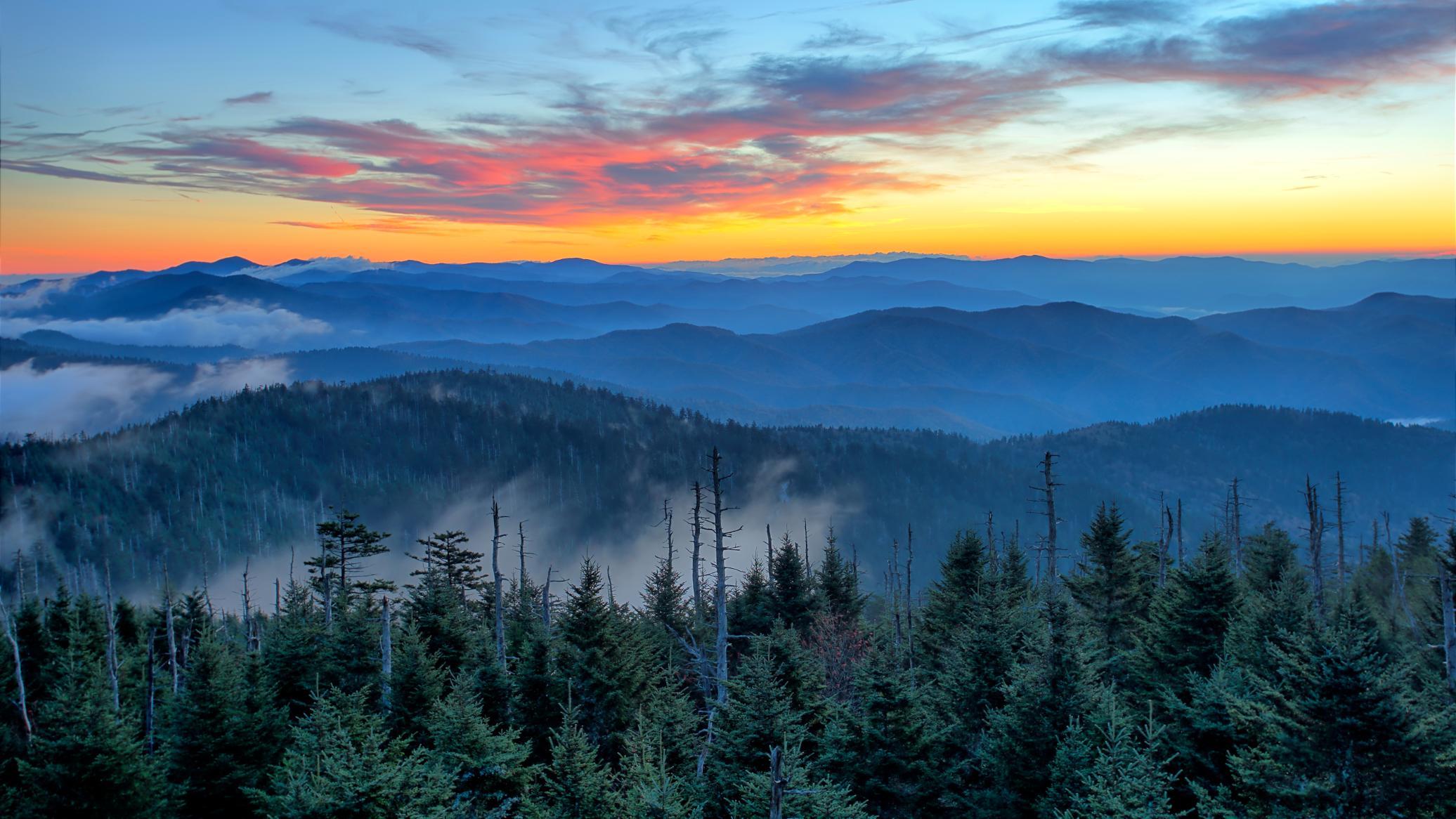 Great Smoky Mountains National Park represents Southern Appalachian culture that goes back thousands of years to the Paleo Indians. The park is comprised of ridge upon ridge of forest across North Carolina and Tennessee. Great Smoky Mountains National Park is referred to as the “Smokies” because of the chronic morning fog. The mountain range is world renowned for the beauty of its ancient mountains, the diversity of its plant and animal life, and more. The park contains nearly eighty historic buildings, remarkable displays of wildflowers, and abundant wildlife.

The idea for creating a national park was born when members of communities in Southern Appalachia began taking trips out West to visit some of the parks established out there. Seeing how the National Park Service was protecting wildlife that was slowly disappearing and the beautiful land, as well as creating local jobs and bringing in tourists, they came back East and began advocating for a national park to preserve the Smokies. In 1926, President Calvin Coolidge officially signed a bill creating the Great Smoky Mountains National Park and Shenandoah National Park. In order to secure funds for purchasing over 500,000 acres of land because no federal money was given, Tennessee and North Carolina's state legislatures both appropriated $2 million. Throughout the decade of the 1930s, close to 5,000 men from the Civilian Conservation Corps (CCC) set out to build trails, roads, and other structures located throughout the park.

The Great Smoky Mountains is the most visited national park in the United States, bringing in more than 10 million visitors a year, more than triple the number of visitors that Yellowstone or Yosemite attract annually. There are various sights to visit within the park, including beautiful waterfalls like Grotto, Rainbow, Laurel, Abrams, and Mingo, that bring in over 200,000 visitors per year. Various recreational activities to enjoy include camping, hiking, scenic routes, bicycling, fishing, wildlife viewing, and horseback riding. The highest point in the Great Smoky Mountains, and in Tennessee, is Clingmans Dome. The observation tower, located on the summit of the Dome, presents 360 degree views of the Smokies. On clear days when air pollution is not bad, visitors may view more than 100 miles. Another popular destination to visit in the Smokies is Cades Cove, an 11-mile loop that offers visitors the opportunity of seeing wildlife such as Black bears and white-tailed deer, as well as numerous historic buildings.

When beginning the journey into the Great Smoky Mountains National Park, the perfect place to begin is at Sugarlands Visitor Center. Located close to downtown Gatlinburg, at Sugarlands, visitors can view natural history exhibits, watch an introductory film, pick up maps, talk to a ranger, and even check out the hiking options nearby.