The former Morrisania Hospital building, which reopened in 1997 as the Urban Horizons building, is now an affordable housing development and community hub, run by Women's Housing and Economic Development Corporation (WHEDco). Urban Horizons provides important services to the Melrose/Morrisania neighborhood of the Bronx including housing, childcare, adult educational opportunities, and healthcare facilities. With 132 affordable residential units, including 39 units for formerly homeless families, the development also contributes to New York City's unmet need for affordable housing. Since its infancy, the Morrisania Hospital building has served as a bellwether, continually adapting to the needs of the community it serves, and its dramatic changes throughout its existence mirror those of its surroundings. 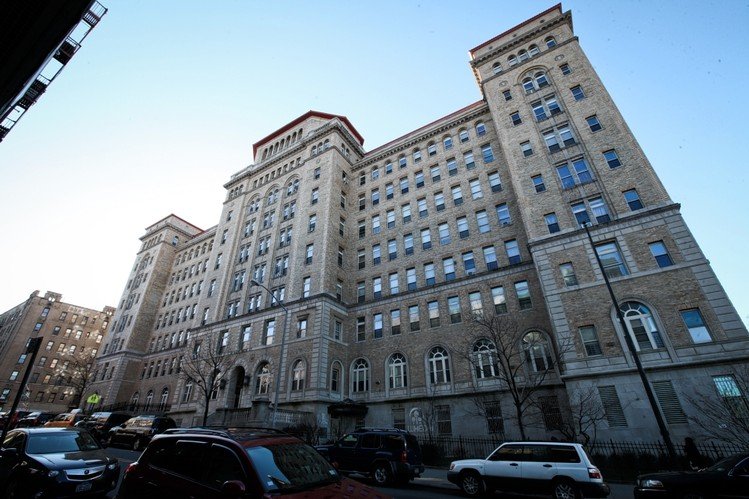 Throughout its nearly 100 year history, Morrisania Hospital has served as both an indicator of and witness to drastic changes in the Melrose/Morrisania neighborhood of the Bronx borough of New York City. Designed in 1926 by architect Charles B. Meyers, Morrisania Hospital was completed and opened on July 1, 1929. Around the turn of the twentieth century, the extension of elevated trains and the subway into the South Bronx in 1904, created rapid development, attracting working class European immigrants, especially of Jewish and Irish descent, from the oppressive tenement conditions of Manhattan neighborhoods such as the Lower East Side. This rapid urbanization of the South and West Bronx in the 1910’s continued with the opening of the Grand Concourse to traffic in November of 1909. Throughout the next several years, the development in the area persisted with it soon becoming the most densely populated neighborhood in the Bronx, featuring five- to six-story, multifamily apartment buildings as the primary development. Despite a 1908 report published by the State Charities Aid Association of New York which concluded, “The hospital needs of the Lower Bronx are adequate for both present needs and those in 1920”, it became clear within a decade that the incredible growth of the South Bronx was not accurately anticipated. Near the end of the 1910’s, two prominent Bronx doctors and noted public health officials, Isidore Goldberger and J. Lewis Amster, published their own report, advocating for the construction of what would become Morrisania Hospital. In 1922, the City of New York acted on the report's findings, appropriating funds, and specifying the site, bound by 167th and 168th streets and Walton and Gerard Avenues.

Although Charles B. Meyers is not recognized as an influential New York City architect, his fruitful career designing public facilities in the early twentieth century had a greater impact on New Yorker's aesthetic experiences and quality of life compared to many higher-profile architects who are celebrated for their contributions to the city. After studying at City College and the Pratt Institute, Meyers began to specialize in hospitals, schools, and other public buildings. Ultimately, Meyers would design approximately 12 New York City hospitals, and facilities including the Manhattan Criminal Court Building, and the headquarters building for the New York City Department of Health, working in styles ranging from neoclassical to art deco. The Morrisania Hospital complex, located at 50 E. 168th street in the Bronx, presents an imposing front facade, which spans the entire distance between Grand and Walton Avenues. Upon observation, the light-beige brick cladding is strikingly contrasted with the rusty orange color of the terra-cotta roof. Emanating on both sides from the central protruding vertical mass are symmetrical recessed wings, which each terminate in turret-like protrusions at the corners. The balanced symmetry of the massing imparts a sense of authority becoming of a medical facility, while also remaining approachable and legible with its obvious central entrance. The classicist exterior treatment, consisting of moldings, entablatures, round arched windows, and arcades, would likely have been seen as acceptable and appropriate for a for a public hospital, especially in a working class, primarily immigrant community, such as the South Bronx.

The post-World War II period brought many changes to the Morrisania neighborhood, as working class European immigrants, and the middle class in general, began to move out of cities, in what is often referred to as white flight. Between 1950 and 1960, the demographics of the South Bronx shifted from two-thirds non-Hispanic white to two-thirds Black or Puerto Rican. Many factors, including institutionalized racism, landlord abandonment, and economic changes coincided, negatively affecting property values. As a result, the already vulnerable poor and working class residents of the South Bronx began to face physical decay of buildings and institutions. Under these conditions, Morrisania Hospital continued to serve the community. In 1969, however, approximately 40 years after Morrisania Hospital opened, a replacement hospital, North Central Bronx, was proposed. According to a report by Inner City Press, “In early 1972, then-Assemblyman Solarz toured Morrisania, and was told by the hospital’s executive director that it was losing $60,000 a year because of “pilfering of equipment and illegal narcotics traffic.” This, in the lead up to New York City’s financial crisis, could have been a contributing factor in the city’s effort to close and replace the aging Morrisania Hospital. Two years later, “At a public hearing in 1974, Bronx Borough President Robert Abrams called plans to close Morrisania “unconscionable.” At that time, a new Fordham Hospital was proposed as a replacement for Morrisania. At a meeting on January 9th, 1975, New York City’s Health and Hospitals Corporation (HHC) board voted to close Morrisania Hospital and approved the new Fordham Hospital plan, under pressure from Mayor Abe Beame to reduce spending. A year later, however, not only did HHC rescind the new Fordham Hospital plan, but on June 30th 1976, Morrisania Hospital closed without a replacement. In the broader context of 1970’s New York City government, the closing of Morrisania Hospital represents just one instance of the controversial and euphemistic policy known as "planned shrinkage," undertaken to reduce spending to avoid bankruptcy. Under planned shrinkage, municipal services such as emergency services, sanitation, and healthcare were reduced, particularly in poor neighborhoods like the South Bronx. The idea was to cut resources for areas of the city that were already, in the eyes of city officials, "failing."

Throughout the late twentieth century as New York City began its financial recovery, Morrisania Hospital remained vacant, despite numerous failed proposals to return the facility to service. In the 1990’s, the New York City government came to an agreement with a private property developer, and according to public records, a deed of sale was signed on December 22, 1995, conveying the Morrisania Hospital property to an entity called Urban Horizons Tax Credit Fund L.P.. A 2000 New York Times article by Amy Waldman titled “Bronx Journal; Once a Hospital and Again an Anchor” details the amenities of the completed public-private partnership development project, which saw the Morrisania Hospital building turned into an affordable housing and community development center by the Women's Housing and Economic Development Corporation (WHEDco), which, according to the article, “runs Urban Horizons” (Waldman).

Tarver, Denton. The New Bronx A Quick History of the Iconic Borough. The Cooperator. . . https://cooperator.com/article/the-new-bronx.

An oral history project created to promote rich Bronx history and culture through the narratives of Bronx natives who know first hand what it is like to live and be apart of the community.