Located in Lee County, approximately 6 miles off the coast, Cayo Costa State Park was once home to Native Americans, then the Spaniards who started fish ranches on Cayo Costa in the early 1800s, and then a quarantine station to be used by immigrants coming to the country via the Boca Grande Pass during the late 1800s. Today, the island is only accessible by boat, ferry, or by helicopter. Cayo Costa consists of over 2,500 acres that are home to lagoons, swamps, forests, and 9 miles of pristine white sand beaches. The wildlife is diverse including four species of sea turtles (loggerhead, hawksbill, green, and Kemp’s ridley), raccoons (which prey on sea turtle eggs), manatees, bottlenose dolphin, bald eagles, snowy egrets, and many more. There are plenty of activities offered on the island to please all types of visitors including hiking, fishing, boating, camping, kayaking, swimming, wildlife viewing, picnicking, and shelling. 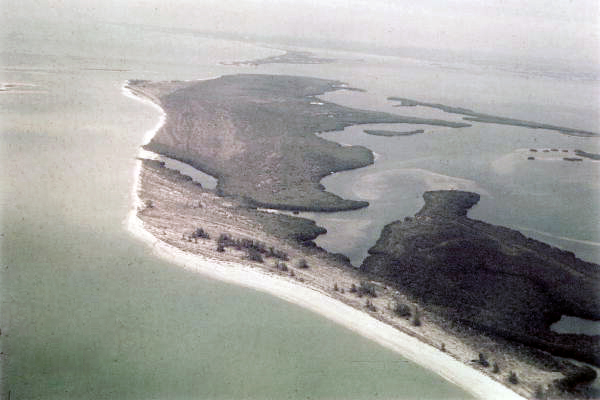 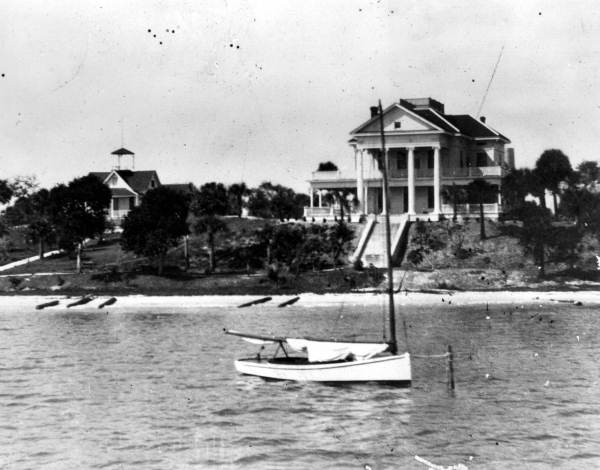 Hikers on Cayo Costa in 1968 (State Archives of Florida/Knetch). 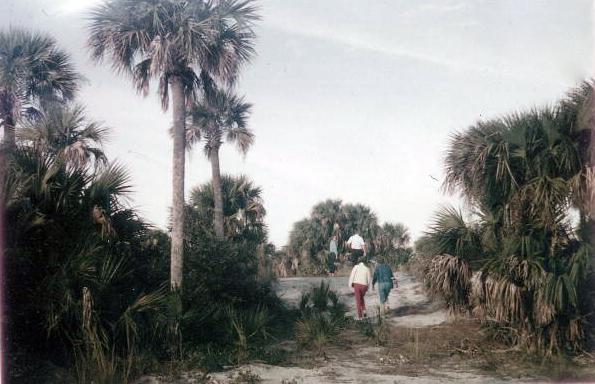 Identified seated at the left is Arthur Leroy Higbie. He was the Executive VP of the Florida Cattlemen's association. Taken in the 1960s (State Archives of Florida/Knetch). 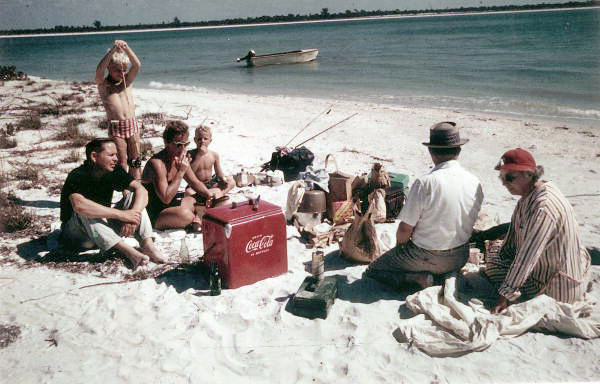 Cayo Costa State Park is one of many lesser known barrier islands on the Florida Gulf Coast. The island consists of over 2,500 acres that are home to lagoons, swamps, forests, 9 miles of pristine white sand beaches and is located in Lee County, approximately 6 miles off of the coast (Florida State Park). Today’s State Park once was home to the now extinct Calusa tribe. The Calusa were a Native American tribe that occupied Southwestern Florida and were mostly sedentary as fishing was their main food supply. Just as they did in other parts of Florida they occupied, the Calusa constructed middens and mounds on Cayo Costa (Gannon). The middens were piles of the Calusa waste - primarily consisting of shells, bones, and a variety of other deposits. The mounds had purpose to them as they were used sometimes for housing the chief’s residence. Over the years, pioneers who settled the island built mansions and settlements on top of these mounds to take advantage of the above sea level elevation (see Figure 1). 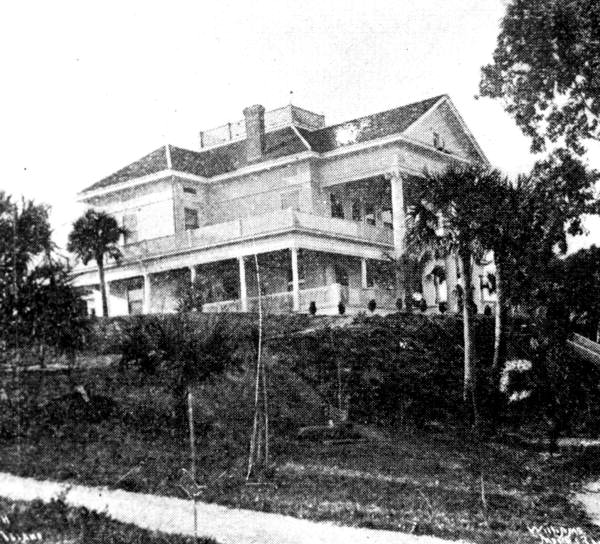 Figure 1. Mansion Pictured was built on an ancient Calusa mound with a golf course close by.

The Calusa occupied the island for approximately 4,000 years prior to the Europeans discovering Florida in 1513 during the entrada led by Juan Ponce de Leon (Florida Division of Recreation and Parks: Cayo Costa History). The explorers of the New World brought along curious men who quickly set up shop on Cayo Costa to establish fishing camps on the north end of the island around 1800. These fishermen were Spanish men from nearby Cuba. The Cuban fisherman's camps were known as “ranchos” (Friends of Cayo Costa State Park). In 1831, Florida officially became a United States Territory, and 17 years later in 1848 the island was claimed by the United States Government as a Reserve Land.

In the 1860s through 1890 came a wave of permanent pioneer family settlements to Cayo Costa. Among these settlers included the Padillos.  Toribio “Captain Pappy” Padilla (1832-1910), along with his wife Laini “Juana” Padilla (1848-Unknown) came to the island during the late 1800s. They were of the first pioneer fishing families to settle Cayo Costa and noted as being the founders for the region’s fishing industry. Toribio came to Florida from the Canary Islands, receiving citizenship in Key West in 1862, while is wife Laini, came from Mexico. Together, the Padillos ran a crew and fished, smoked & salted, an sold fished to Cuba. The Padillos raised their seven children on Cayo Costa. The family, along with most settlers, inhabited the northern end of the island and lived in plank and palmetto thatch structures.

The pioneer families living on the island all had to dig their own wells, grow what crops they could and order the rest of the groceries they needed from the mainland when the boat came to buy their haul of fish (New-Press.com).

The island community consisting of around 20 families ran the children using a “school boat” to school located nearby to the east on Punta Blanca Island. It was a one room school house offering grades first through eighth. This school operated for less than 20 years, from the early 1930s through 1949 - only closing because the teacher left. The sudden lack of accessible education left some families on Cayo Costa to move to Pine Island or the main land to help provide their children with the education they needed.

The families that inhabited the island in some way lived similarly to the Calusa who once called the island home. Both the pioneers and the ancient Native Americans had diets that consisted of mostly fish. The children of the pioneers would spend their days with their parents starting at young ages learning about what the island had to offer, and how to live off of it (Friends of Cayo Costa State Park).

From 1901 to 1910, there was a brief break of people settling the island, and interrupted with the need for a Quarantine Station. According to Tim Knox, reporter for the Pine Island Eagle, the Quarantine Stations was established by the United States Health Department circa 1900 to prevent the spread of diseases into the country. The station was staffed with medical officers who determined whether an individual was healthy enough to gain entry to the United States, an “what measure should be taken to prevent the spread of infectious diseases” (Knox). There was also a doctor stationed on Cayo Costa who would come meet boats that just anchored waiting to be evaluated. The sub-tropical climate typically was a breeding ground for diseases like malaria, tuberculosis, and yellow fever. Although in 1887 an epidemic of yellow fever did break out in Key West, Tampa, and Jacksonville, thanks to the efforts made at the Quarantine Station in Cayo Costa, there were no reports that yellow fever broke out there (Knox). After the Quarantine Station was no longer necessary in 1910, pioneer families returned and stayed until 1958. Twenty-seven years later in 1985, the North end of Cayo Costa was deemed a Florida State Park (Friends of Cayo Costa).

Today, visitors from all over the world come to enjoy the diverse offering of wildlife, including four species of sea turtles, raccoons, manatees, bottlenose dolphins, bald eagles, snowy egrets, and many more. There are countless activities offered on Cayo Costa to please all types of visitors including hiking, fishing, boating, camping, kayaking, swimming, wildlife viewing, picnicking, an shelling (Florida Division of Recreation and Parks).

Gannon, Michael. The history of Florida. University Press of Florida, 2013.