The Dixie Club is not only a historic site in the history of the Bronx, but also in the history of hip-hop music as we know it today. In its heyday, the Dixie Club was home to a variety of Hip-Hop shows during the inception of the genre itself, where many young people in the neighborhood would gather together either through word of mouth or flyers posted in the area to enjoy a night of dancing and performances by those who are now considered hip-hop legends, such as the Cold Crush Brothers. The Dixie Club was never an official location or enterprise, but rather something created by the neighborhood, for the neighborhood. Those who were there to witness the glory of the Dixie Club were among the few who still remember it, otherwise it has faded into the hip-hop ether until now.

The Cold Crush Brothers performing in the Dixie Club 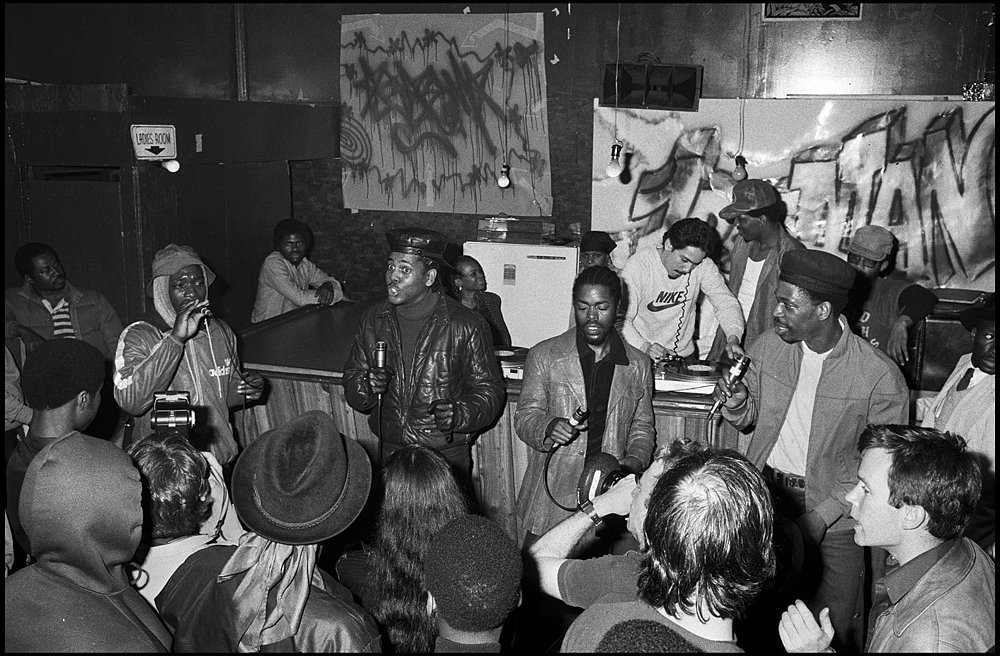 The Cold Crush Brothers in the Dixie Club 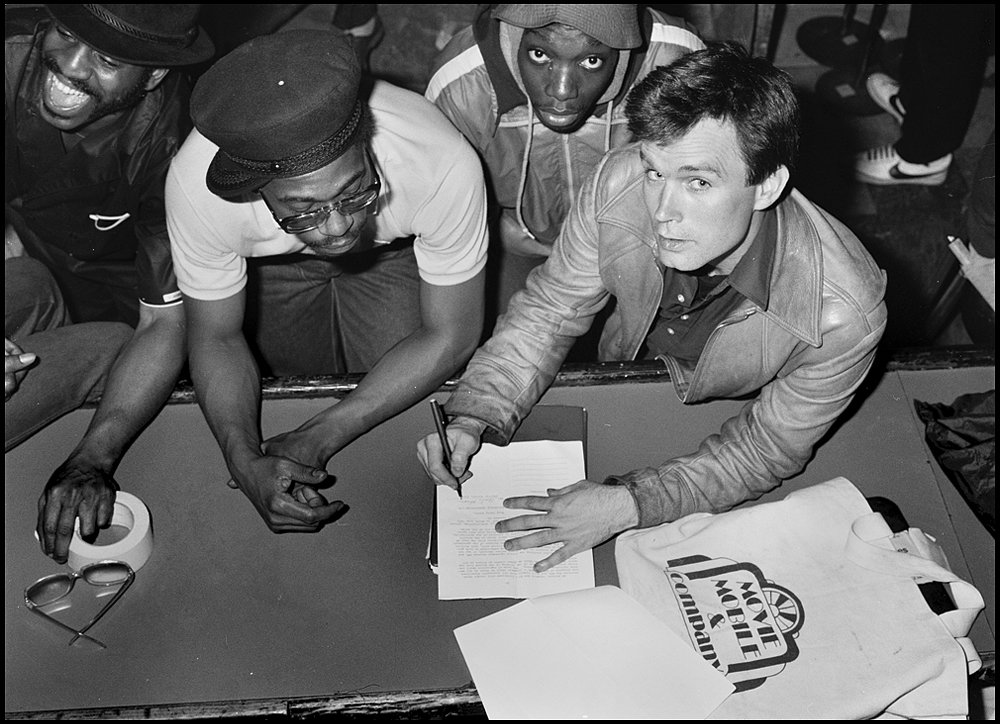 Front Mural of the Dixie in Wild Style 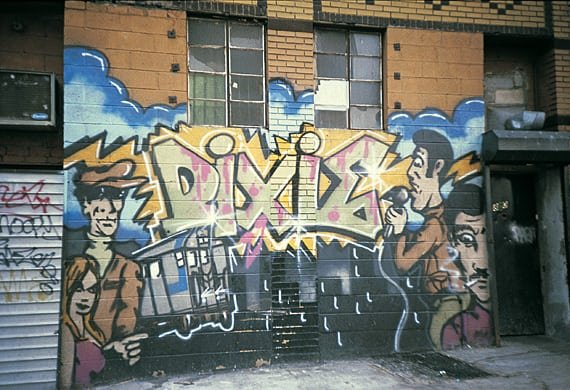 A typical example of a flyer for an event at a club similar to the Dixie. 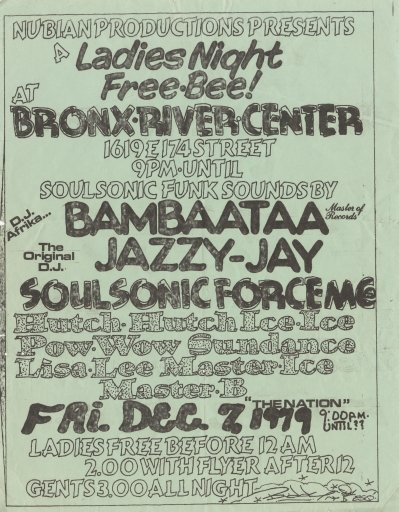 The Dixie Club is part of an integral piece of hip-hop history that shaped the genre into what it is today. It was located on the cross streets of Freeman Street and Intervale Avenue, in the South Bronx, an area brimming with musical potential in the late-twentieth century. While most outsiders chose to focus on the crime and apparent problems with the Bronx, many residents celebrated the burgeoning music scene that was taking form there in the late-1970s. Many young people in the African American community started to catch wind of a new musical phenomenon known as "hip-hop," and even used it to escape the harsh reality of life and just enjoy themselves. An entire new culture of MC's and DJ's was emerging, and these concerts and events were taking place in clubs. Some of these clubs were actually official businesses that allowed musical acts to perform in their venue and were regulated: the Dixie Club was not that. The Dixie Club was a creation of the members of the Bronx community, for the advancement of hip-hop within the existing musical culture. What made the creation of hip-hop so unique was its separation from the rest of mainstream music and, in this spirit, the Dixie Club is something that is known best to the people who were there to experience it.

The surrounding neighborhood where the Dixie Club existed was not always comprised of the populations who eventually invented hip-hop and, had it not been for demographic change halfway through the twentieth century, the world might not have seen the creation of the genre. Before World War II, the area around Freeman Street and Intervale Avenue was a primarily Jewish residential neighborhood. Surrounding the cross streets were many residential apartment complexes. In addition, the area housed a synagogue, where the locals could go to worship. There was also an auto garage nearby and two public schools. In a past era, this area was a quiet, residential, family-oriented, Jewish neighborhood. Following World War II, these families moved to the suburbs thanks to federally subsidized mortgage loans and were replaced by predominantly lower-income African American and Latino families. Hip-hop grew from the cultural expression and creativity of these new Bronx residents, as well as the disinvestment in the neighborhood, which turned small, underutilized commercial venues into informal, community centers.

The Dixie Club is just one example of the various hip hop clubs that existed in the Bronx around this time. Some of the only records we have today of these clubs are the flyers that were posted in the surrounding neighborhoods advertising certain shows. Many young people that were hip to the parties would frequent clubs like the Bronx River Center or Ecstasy Garage Disco, in addition to the Dixie Club. When rapid depopulation and displacement ravaged the Bronx in the 1970s, many of the jazz and Latin music bars that had provided cultural nourishment to the youth of the Bronx in earlier years closed, leaving them devoid of any way to experience live music. As a reaction to the precarious situation they were put in, young people in communities like the South Bronx banded together to create their own music on their own terms. Venues like the Dixie Club were part of a musical and social experiment of the time that led to the creation of hip-hop.

One of the most well-documented sources of the Dixie Club is the 1982 film by Charlie Ahearn called Wild Style. The film follows the story of a young, up-and-coming graffiti artist named Lee Quiñones who goes by the street name “Zorro," and depicts his rise to fame through being commissioned to graffiti a backdrop to a large hip-hop show. The film ties in the graffiti culture that was present in the Bronx as well as the music scene, using actual well-known MC’s (Master of Ceremonies) of the time including Grand Master Flash, Busy Bee Starsky and the Cold Crush Brothers. In an iconic scene of the film, Lee meets up with a friend of his that could potentially land him a commission tagging (painting his signature with his own, unique style) something at the Dixie Club. The Cold Crush Brothers’ set is featured at the Dixie Club in the film and the rap featured in the film is still iconic today. The film also features the front side of the building known as the Dixie, showing a graffiti collective known as “the Union” painting a mural on the front.

The Dixie Club is an inspiration of how a community can come together organically to create something worthwhile. When young MC’s like Grand Master Caz were starting off in clubs like the Dixie, they had no idea what their impact would be in the long term, but they did it because it enriched the community and brought it together. The Dixie Club, framed within the creation of hip-hop, is an example of positive community engagement and can be seen as a model for the Bronx today. If young people can get together and organize small musical events like the ones that took place in the 70s, 80s and 90s, there could be a new genre of music waiting to be created from the minds of the children who are often forgotten about, as happened at the Dixie Club. If the youth of today continue the oral history of the Dixie Club, they can inspire future generations to follow in the club's footsteps and take the creation of culture into their own hands.

Mendez, Jason Cory. 2008. "The BX Chronicles: Exploring the Complexities of Life in the South Bronx." Order No. 3304364, The University of North Carolina at Chapel Hill. http://proxy.library.nyu.edu/login?url=https://search.proquest.com/docview/304529281?accountid=12768.