The Rohwer Relocation Center was one of ten concentration camps administered by the War Relocation Authority where Japanese Americans forcibly removed from the West Coast during World War II were confined. It operated from September 18, 1942, to November 30, 1945. The camp was one of two War Relocation Authority camps in Arkansas, which were the easternmost of the camps and the only camps located in the Jim Crow South. Rohwer was listed on the National Register of Historic Places in 1992. 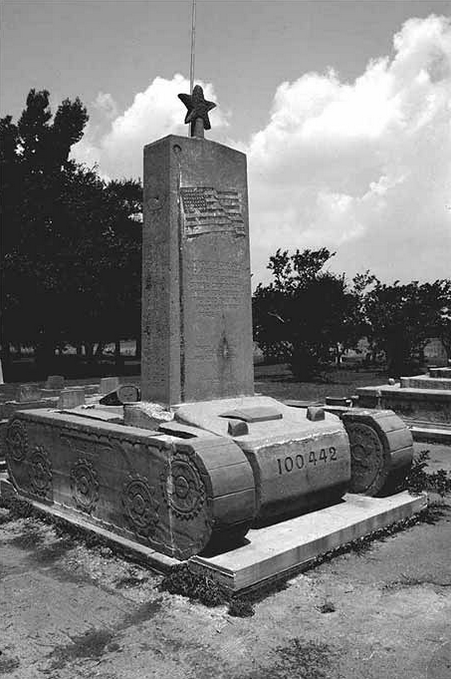 Rohwer cemetery, site of monuments created by inmates of the camp. Source: Wikicommons. 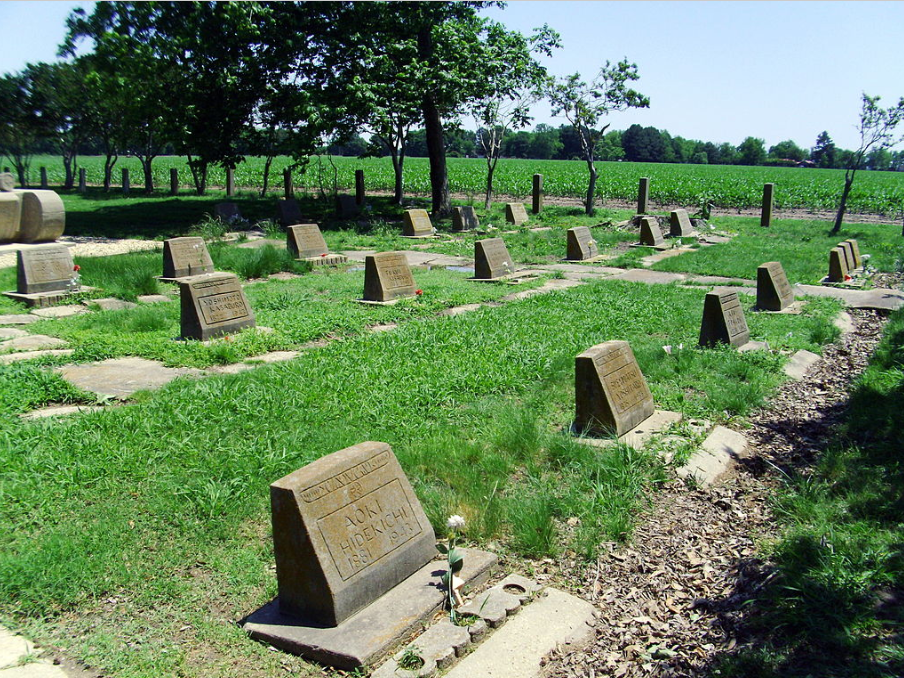 Arkansas Governor Homer Adkins, a former Ku Klux Klan member, opposed the building of the camp in his state and agreed only after being assured by the War Relocation Authority that Japanese Americans would be held under armed guard by white guards and would be removed from the state after the war. Akins also blocked Japanese American students from attending the Arkansas State Teachers College, as he felt it would provide inroads to African Americans who wanted to enroll in college.

Despite the governor's initial objections, Arkansas was chosen by the War Relocation Authority as one of the states that would house prison camps for Americans of Japanese descent during World War II. Two camps were established in  Arkansas in 1942: Rohwer in Desha County and Jerome along the border of Chicot and Drew counties.

Located in southeastern Arkansas twelve miles northeast of McGehee, 110 miles southeast of Little Rock and 27 miles from the Jerome camp, the marshland had been purchased by the Farm Security Administration in the 1930s from tax delinquent landowners who had been unable to clear and drain it.

Like the Jerome camp, Rohwer was late to open due to the difficulty of preparing the heavily forested and swampy land. When the first inmates arrived from California, they had to become the labor force and complete the prison camp.

Rohwer had 36 residential blocks on roughly 500 acres surrounded by barbed wire and armed guards, with a peak population of 8,475. The camp’s residents were constantly dealing with muddy conditions and flooding in the barracks. Drainage ditches were built around each block and wooden sidewalks were constructed between the barracks.

The inmates came mostly from California, including city dwellers from the Los Angeles area and farmers from San Joaquin County. Over 2,000 students attended school in camp. Baseball, basketball, and football leagues were popular pastimes in camp, as were arts and crafts programs.

Due to the proximity of the 442nd Regimental Combat Team training at Camp Shelby, Mississippi, there was interaction between sports teams from Rohwer and Jerome camps with the 442nd and bimonthly dances which helped create moments of "normalcy".

After the war, the Surplus War Property Administration sold off the land to local farmers at public auction for $5 to $10 per acre. The former Rohwer Relocation Center today is a combination of farmland, housing, and the now closed Desha Central High School.

The Rohwer cemetery remains with two restored monuments built by the inmates. One is dedicated to the Japanese Americans in the 100th Battalion and the 442nd Regimental Combat Team who were killed in Italy and France. The other commemorates the 24 inmates who died while living in Rohwer, with an inscription in Japanese reading "May the people of Arkansas keep in beauty and reverence forever this ground where our bodies sleep."