Believed to have been built by the Wichita tribe in the early 1800s, this ceremonial mound is named after the bountiful wildflowers that grow around the mound. The Mound sprawls across twelve acres and rises fifty feet over the surrounding land. Before settlers came in the late 1800s, a band of Wichita Indians inhabited the area and it is believed that they constructed the mound.

The entrance to The Flower Mound with the recently updated farm fencing. Photo taken in March 2018. 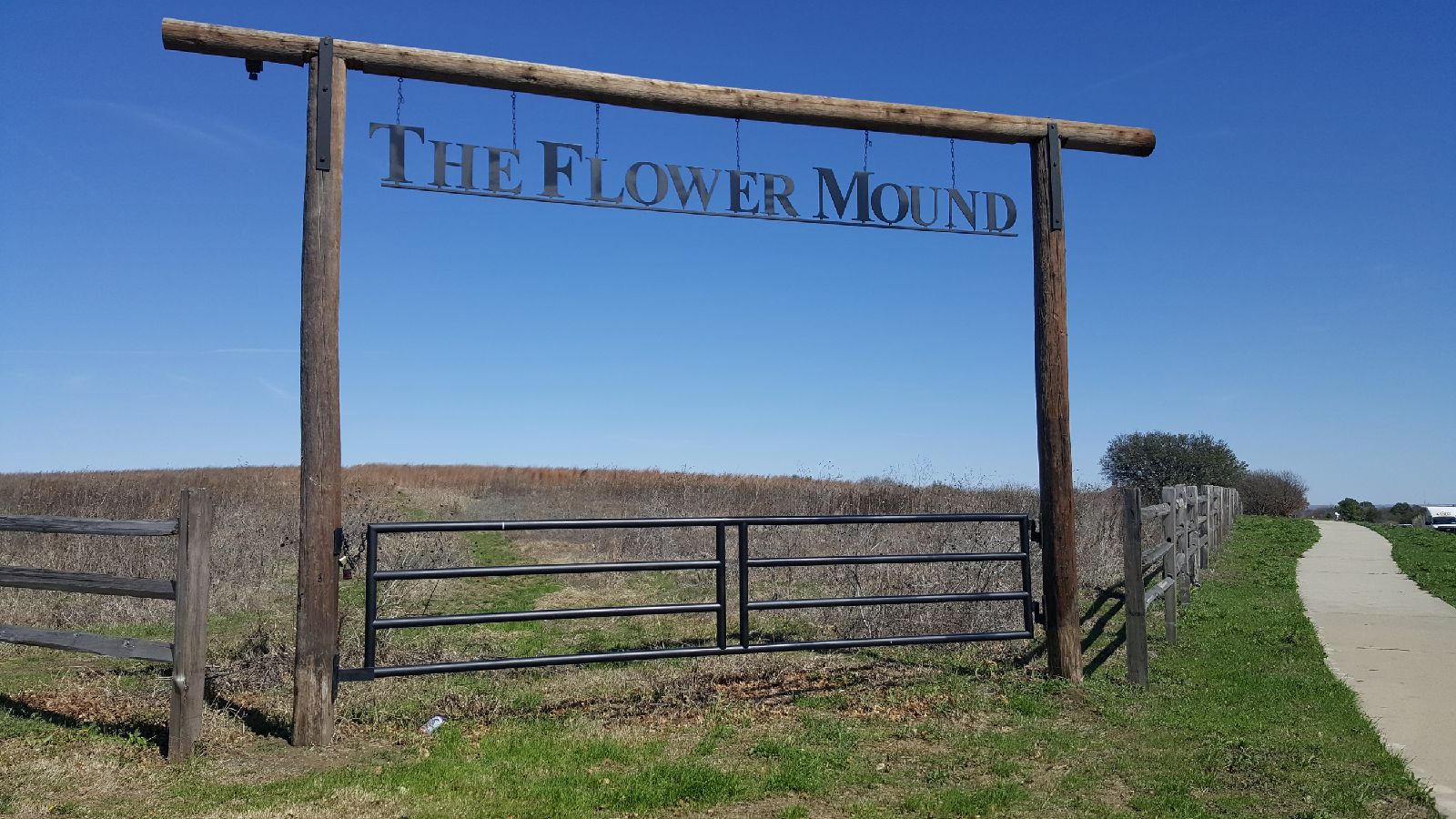 Tree near the bottom of The Flower Mound. Photo taken in March 2018. 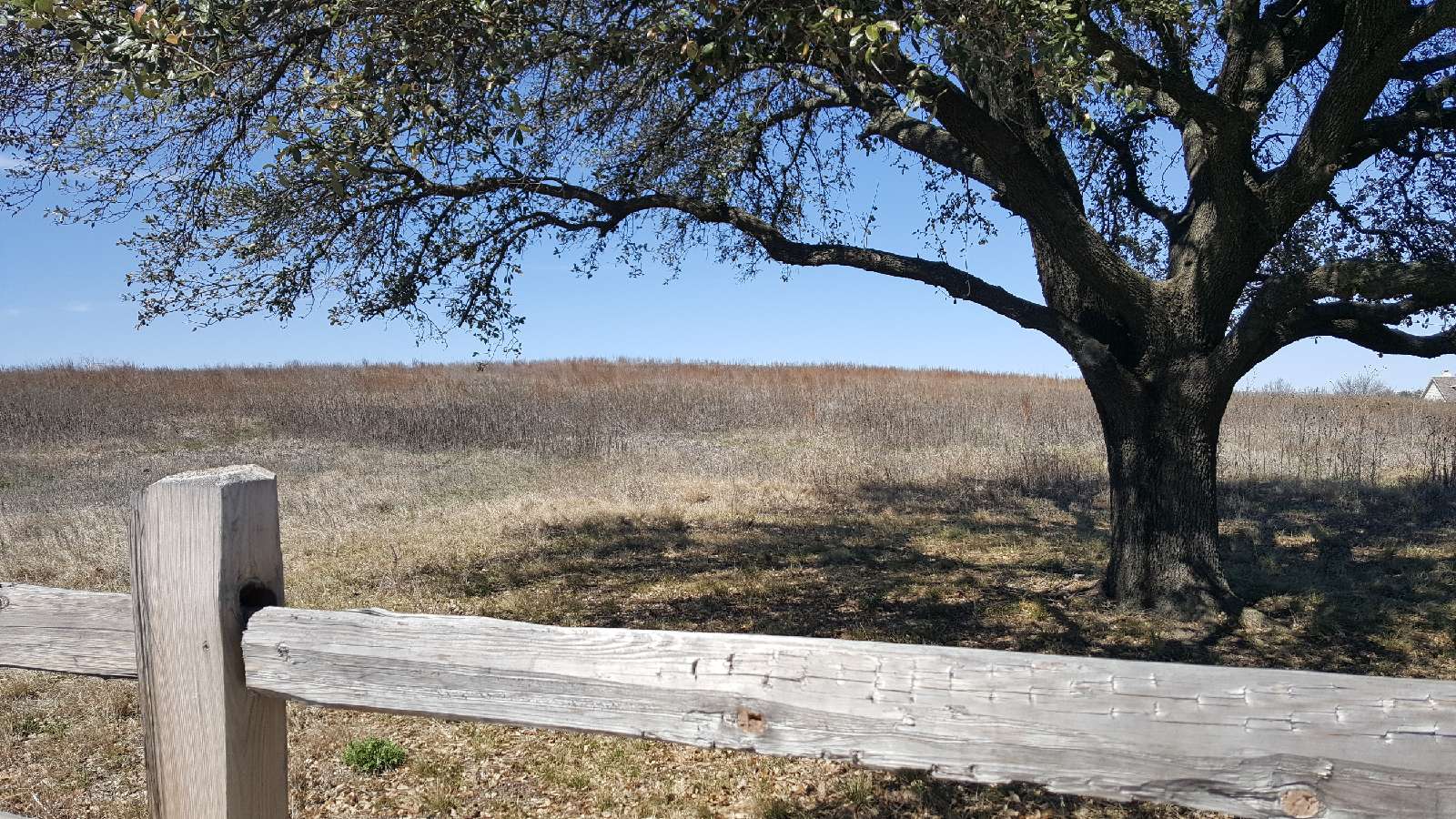 The official historical marker for the Flower Mound; photo taken in March 2018. 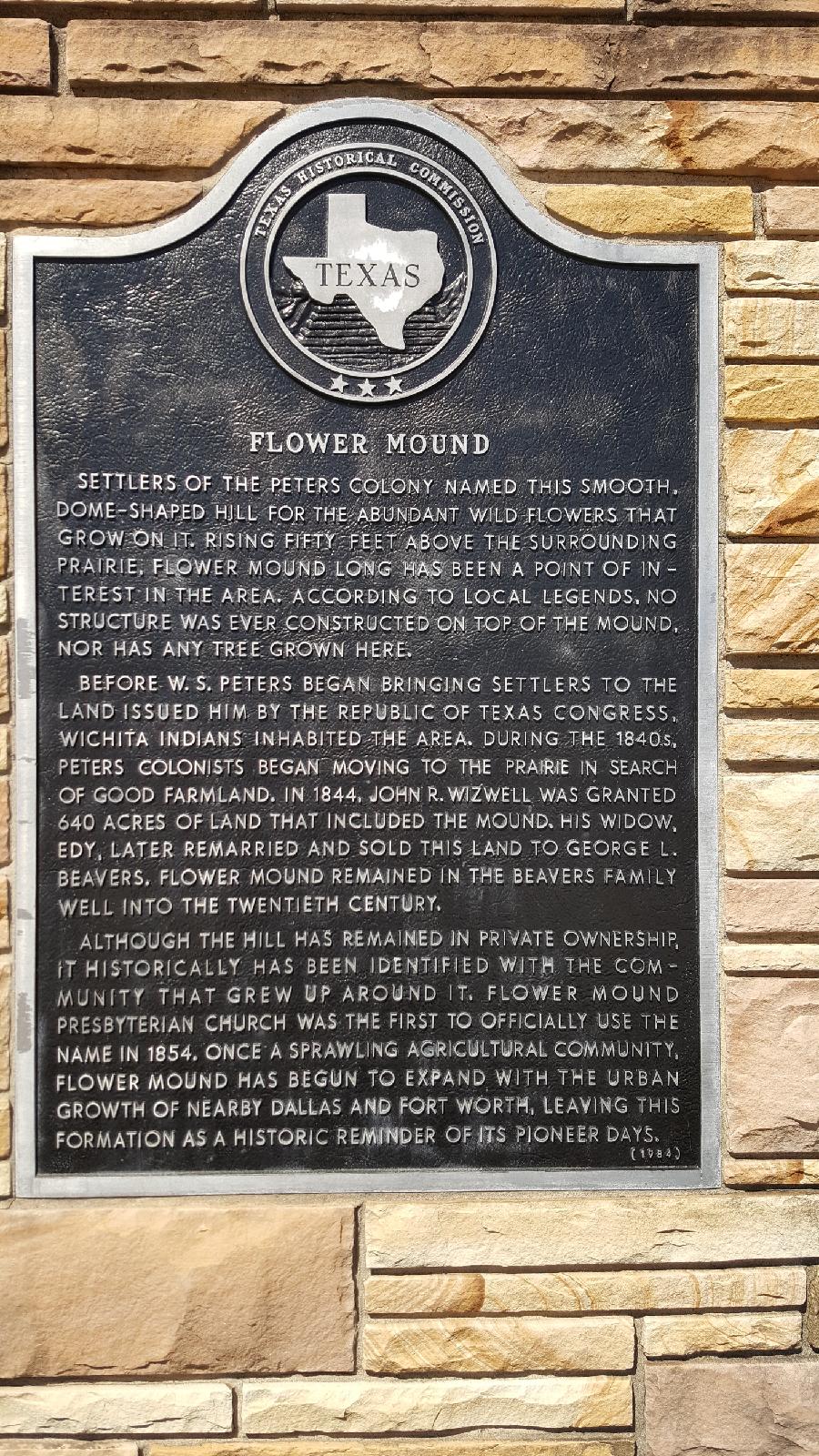 in 1854 the local Presbyterian church officially named this mound built by area tribes as "the Flower Mound" - a reference to the 175 different species of wildflowers such as bluebonnets. Thankfully, the area residents recognized the value of the Native American mound and preserved the land. Today, the mound stands out from the area suburbs.
The most intriguing detail of The Flower Mound is its’ deep, but poorly documented history with the Wichita Indians.  “The most widely accepted explanation for the unusual 12 1/2-acre formation rising 50 feet above a prairie near one of the town’s major intersections is that it was a sacred ceremonial ground of Wichita Indians in the early 1800s.”2

Much like the Caddo Indians of East Texas, the Wichita Indians lived a lifestyle of trade and agriculture.3  The Wichita Indians had three major types of tribal leaders: chiefs, sub-chiefs, and shamans.  The shamans were religious leaders that were important because they controlled the preparation and practice of ceremonies.  There is no official documentation on specific ceremonies held by the Wichita Indian shamans on The Flower Mound.  However, since the shamans lead the ceremonies, it is inferred that these services were primarily religious ceremonies.
This area saw many new settlers of European origin in the 1840s when W. S. Peters acquired land in the area of the mound. While land was being sold, the land that included the mound was bought and sold several times before settling into the hands of Otto Consolvo.4  Consolvo fell in love with the mound and its origin and decided against removing it to increase the available acreage of farmland. Instead, he believed that it should be preserved and shared with future generations.

Consolvo made it his goal to protect and preserve the beauty of The Flower Mound from the rapidly developing town. In 1983, Consolvo struck a deal with the Town Council and a land developer whereby the mound would forever be protected. Today the mound is preserved by the members of the Flower Mound Foundation, a small, nonprofit organization. Descendents of the Wichita and others continue to hold ceremonies, including the Easter Sunrise Service held at the mound.

5. Urban sprawl is the uncontrolled spread of urban areas.

6. A toponym is a name of a place derived from a topographical feature.