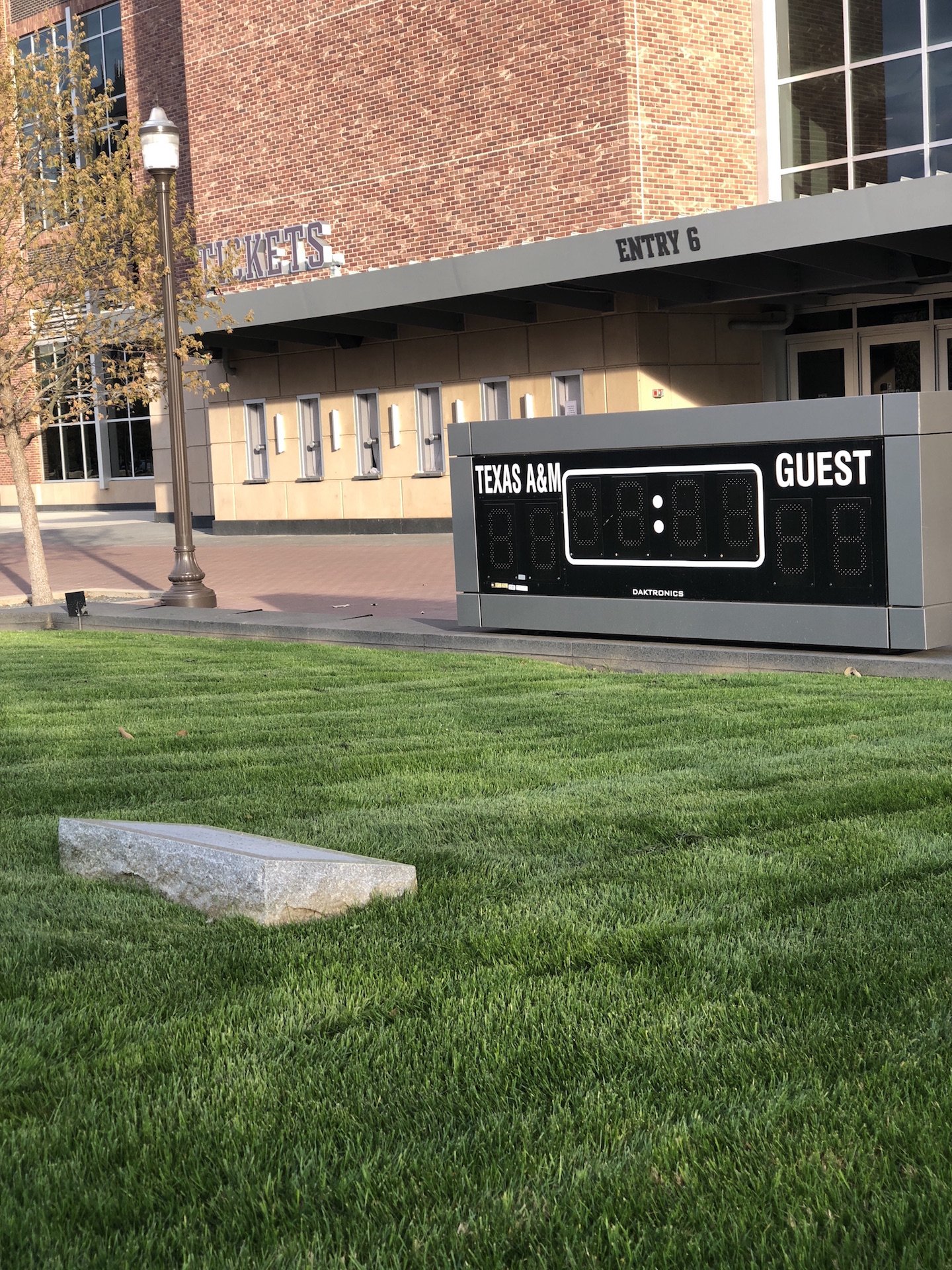 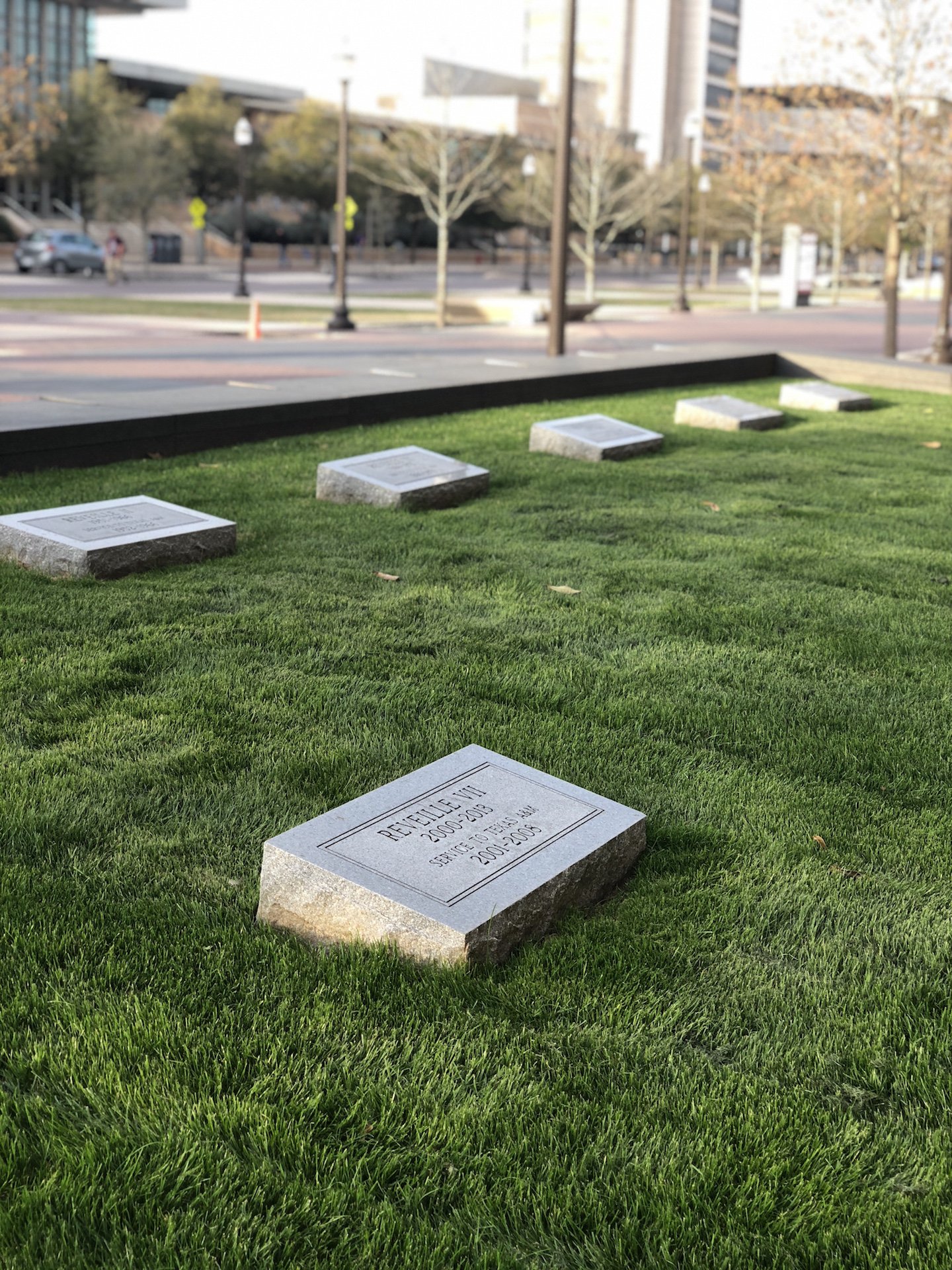 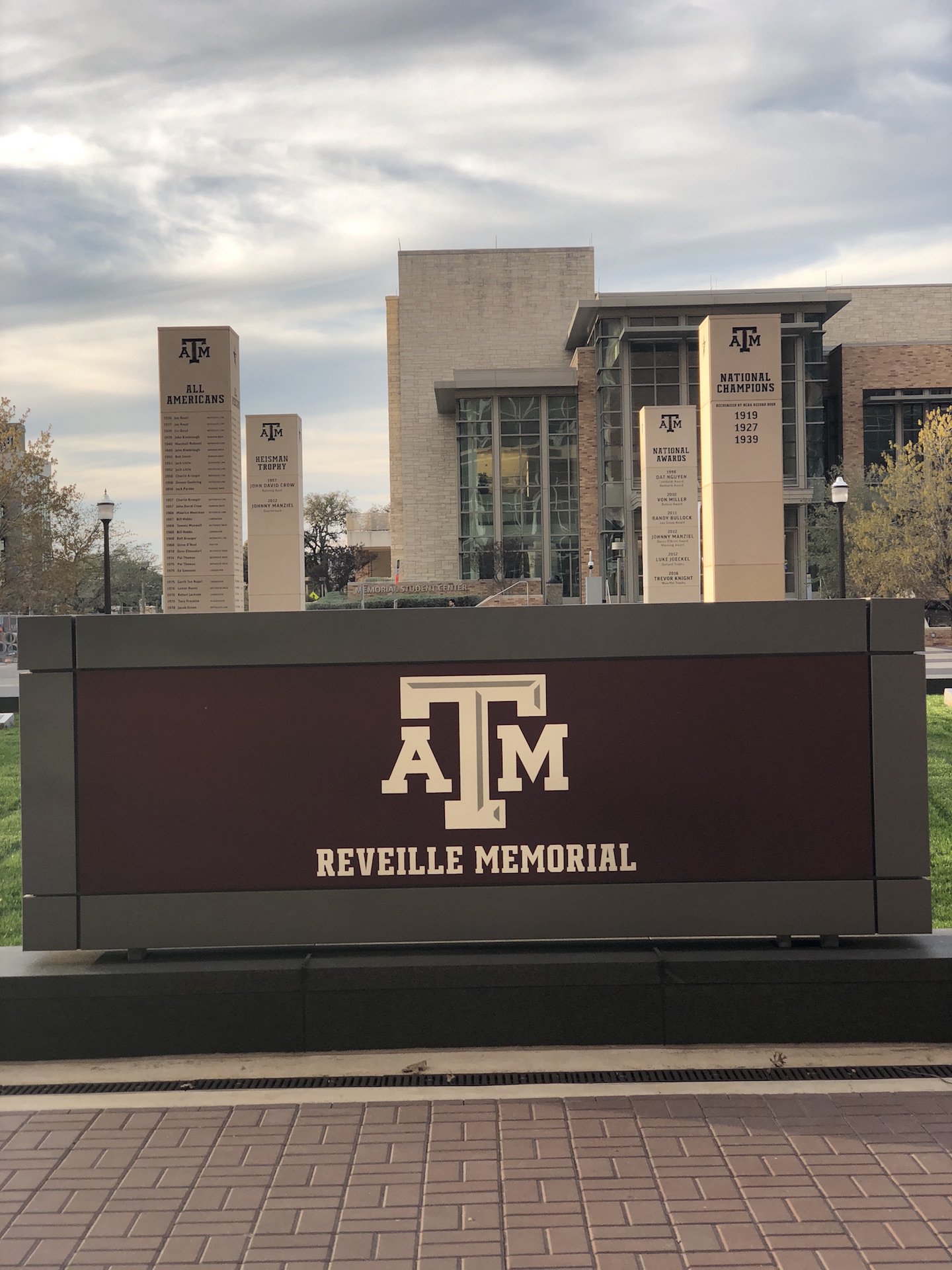 When deciding to attend Texas A&M University, every freshman is bombarded with stories and traditions dating back to the 19th century. Aggies from every generation can wholeheartedly recite traditions about the 12th Man, the Century Tree, Silver Taps and many more, but perhaps the most beloved tradition here lies in the “First Lady of Texas A&M.”

The original Miss Rev, as the story goes, was brought back to the University by cadet members returning from a bar in Navasota in 1931. After accidentally hitting a small puppy, the Aggies took it upon themselves to rescue the injured pup and smuggle her back into the Leggett Hall dorms, which was in direct violation of the university's pet policy. Legend has it that when the puppy was awakened by the sound of the bugle playing “Reveille” the next morning, she began to bark enthusiastically, and, well, the rest is history. While there are many variations of the origins of Reveille, this is the most popular and widely accepted version that Aggies are told at Fish Camp (freshman orientation at TAMU).

Since the introduction of Reveille I in 1931, there have been eight others, including the current Reveille IX. The first full-blood American Rough Collie was introduced with Reveille III, as the original was a small black and white mutt and Reveille II was a Shetland Sheepdog. There were also several other unofficial mascots, Tripod, Spot and Ranger, in the eight-year gap between Rev I passing and the introducing of Rev II. There has been no debate over who the mascot is at TAMU ever since Rev II was introduced.

Miss Rev truly is the “First Lady of Texas A&M” as she is the highest-ranking member of the Corp of Cadets, has a custom-made blanket incrusted with five silver diamonds (the Corps Commander only has four), has access to any building on campus, and has had a personal servant in the form of a Mascot Corporal (a sophomore cadet in Company E-2). Rev also attends all classes and events with her handler which sets her apart from other live mascots from other universities. A TAMU tradition holds that if Miss. Rev barks during lecture, the class is dismissed, adding to her list of royal hallmarks. Just as she is well cared for in life, all of the deceased Reveilles are looked after in death.

After the passing of the original Reveille in 1944, she was given a formal military burial outside the north entrance of Kyle Field to the sound of Taps and a 21-gun salute. The following three Revs were buried next to her. During renovations in 1997, the four former mascots were moved across the street to Cain Park where they remained until the expansion of Kyle Field was complete. Moving the dogs was highly controversial to former and current Aggies as they saw it as disrespectful to disturb the dead. One unnamed Aggie even compared it to moving the Tomb of the Unknown Solider; however, it was something that had to be done in order to facilitate an ever-growing university.

The “Queens” of Texas A&M now find their eternal resting place in the Reveille Memorial Cemetery located in the Richardson Zone Plaza. The original gravesite had a scoreboard view but due to renovations and expansions made to Kyle Field, the actual scoreboard is no longer in view. Thanks to a few former Aggies and fans, a smaller scoreboard was erected in front of the cemetery so that Miss Rev will never miss a game. The scoreboard also serves as a means for people passing the field, running late, or unable to attend can see how well the Aggies are doing. Legend has it that all of the deceased mascots are buried with their paws and heads facing the field/scoreboard so they will always be “watching” the Ags outscore their opponents.

While the cemetery has changed styles over the years, the current site is a well-maintained patch of raised, lush green grass, accompanied by the scoreboard. It sits directly in front of the north entrance so that every person attending the games will see it as they are either entering or exiting.  The cemetery has open space for future Reveilles to have a comfortable resting spot next to their fellow Ags. Each tombstone is marked with the name, years lived and also a separate entry for the years they acted as the mascot for TAMU. Former Aggies can come back for games and see the grave of the Reveille that they may have passed at the MSC or had in a class or maybe even had the honor of interacting with.

Clearly, Reveille is an important member of the Texas A&M family, even in death. Former Mascot Corporal, Jeff Heath (1992-1993) said it best when he stated that “Reveille is a lot of different things to a lot of different people, but maybe one of the most important roles she serves is as the dog students left behind when they came to campus…To me, Texas A&M is a special place for many, many reasons. But I absolutely believe is would not be the same place without Reveille.”2

The Reveille Mascot Memorial Cemetery stands as a tribute to a beloved mascot. Each tombstone is marked with the words “Service to Texas A&M” signifying the importance of each dog. Each and every Reveille, from the original to the current and all the Reveilles to come, serve as pivotal pieces to a large puzzle that is Texas A&M. The cemetery is just another piece of evidence that points to the importance of this century old tradition.