The Mount Locust Inn and Plantation was built in 1780 and is one of the most ancient homes still in existence in the Natchez community. The house was bought by William and Pauline Ferguson in 1784 after the original owner was imprisoned after failing to carry out a successful rebellion against the Spanish. After William died in 1801 Paulina married another man by the name of James Chamberlain, and together they maintained the plantation and house until he too died after 1810. Five generations of the family lived here until 1944. The inn served as a resting place for several people passing through the area, allowed for an escape for the people of Natchez, and relied on the service of many slaves. In 1954, the National Park Service started to remodel the home to make it resemble its former 1820 design.

The Mount Locust Inn and Plantation hosted several travellers and Natchez residents seeking an escape from the city. 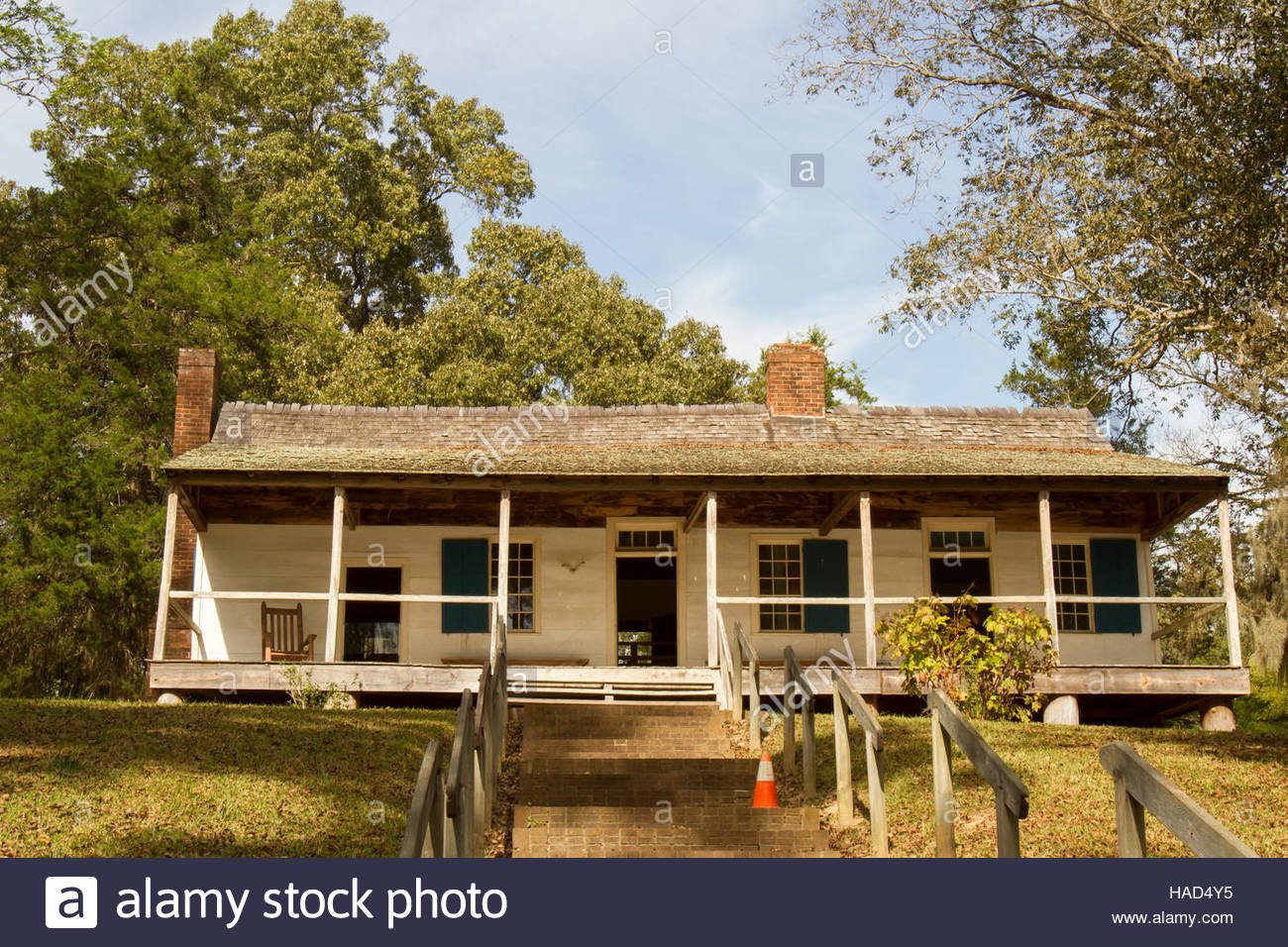 Today, visitors at Mount Locust can see the cemeteries that hold the resting places of the Ferguson-Chamberlain family and the slaves that worked on the property. 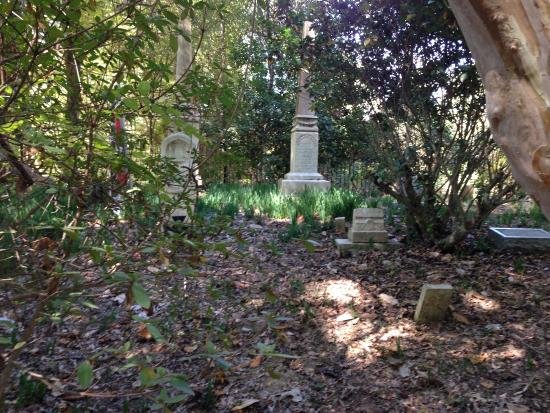 A sign at the slave cemetery at Mount Locust records the names of the slaves thought to be buried here. 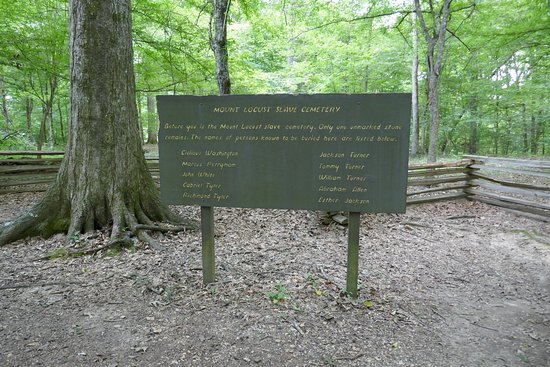 By 1785, several boatmen called the “Kaintucks” travelled down the Mississippi River as a route to sell products in Natchez and New Orleans, but they could not find a good way to travel back up the river to go home so they travelled north on foot along the Natchez Trace. This path led them right to Mount Locust; these travelers and more led William and Pauline Ferguson to open the home as a small inn. A significant corn crop allowed the Fergusons to feed their guests with corn mush and milk; places to sleep were created on the porches and grounds. As the Fergusons started to gain money, a four room, two story annex was built on the grounds and called Sleepy Hollow. The new building was unlike anything already built and available along the Natchez Trace. Guests were expected to pay 25 cents for their stay here.

After William Ferguson died in 1801, Paulina married James Chamberlain who also passed on in the years after 1810. Despite becoming a widow for the second time and having 11 children between both husbands, Paulina continued to manage Mount Locust with the help of her children. The plantation and inn allowed the family to live in a financially stable state. By the middle of the 1820s the Natchez Trace was no longer needed by travelers thanks to the development of the steamboat and more roads. Therefore, after 1825, the inn provided an escape for those living in Natchez. Throughout her life, Paulina worked a corn farm that became a significant cotton planation; she passed away in 1849. After the Civil War, Mount Locust’s significance to the community started to fall with the end of the plantation system.

In 1905 the Mississippi Daughters of the American Revolution decided they needed to preserve the history of the Natchez Trace, and from 1908 to 1933 they built monuments in every county in the state that hosted part of the route. The 15 monuments that were built garnered a significant amount of media attention and heightened people’s interest in the area. In 1938, Congress made the Natchez Trace Parkway part of the National Park Service; the road preserves the history of the Natchez Trace by including parts of the old road, buildings, and landmarks. People visiting Mount Locust can take a tour of the grounds and view the slave and family cemeteries. Visitors can also see where slaves worked and can catch a glimpse of the people who stayed here whether during their travels or their vacations.