The Columbia Theater (1910-1928) and the Theaters of Downtown Ashland 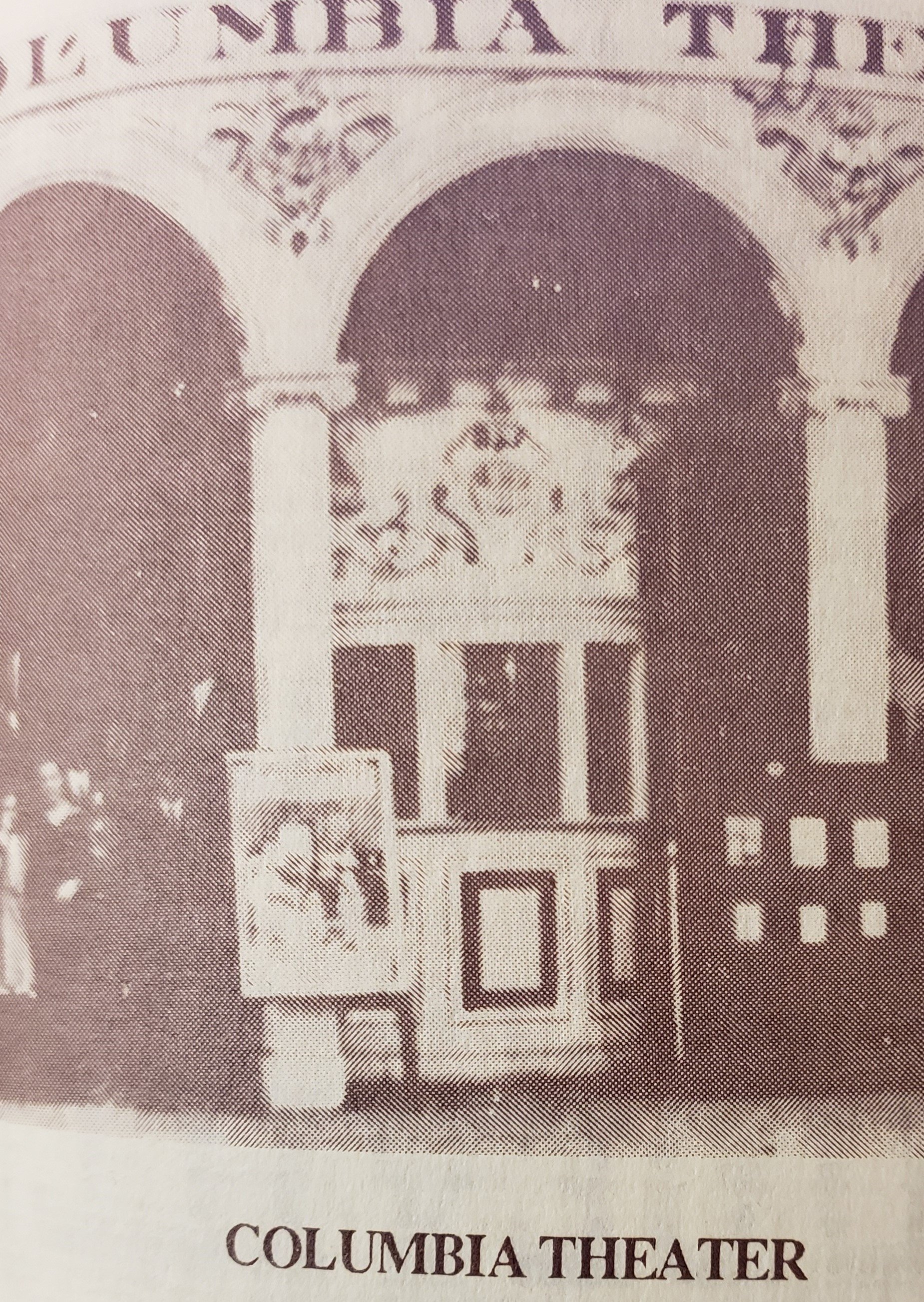 This map by Arnold Hanners shows the location of Ashland's early theaters. 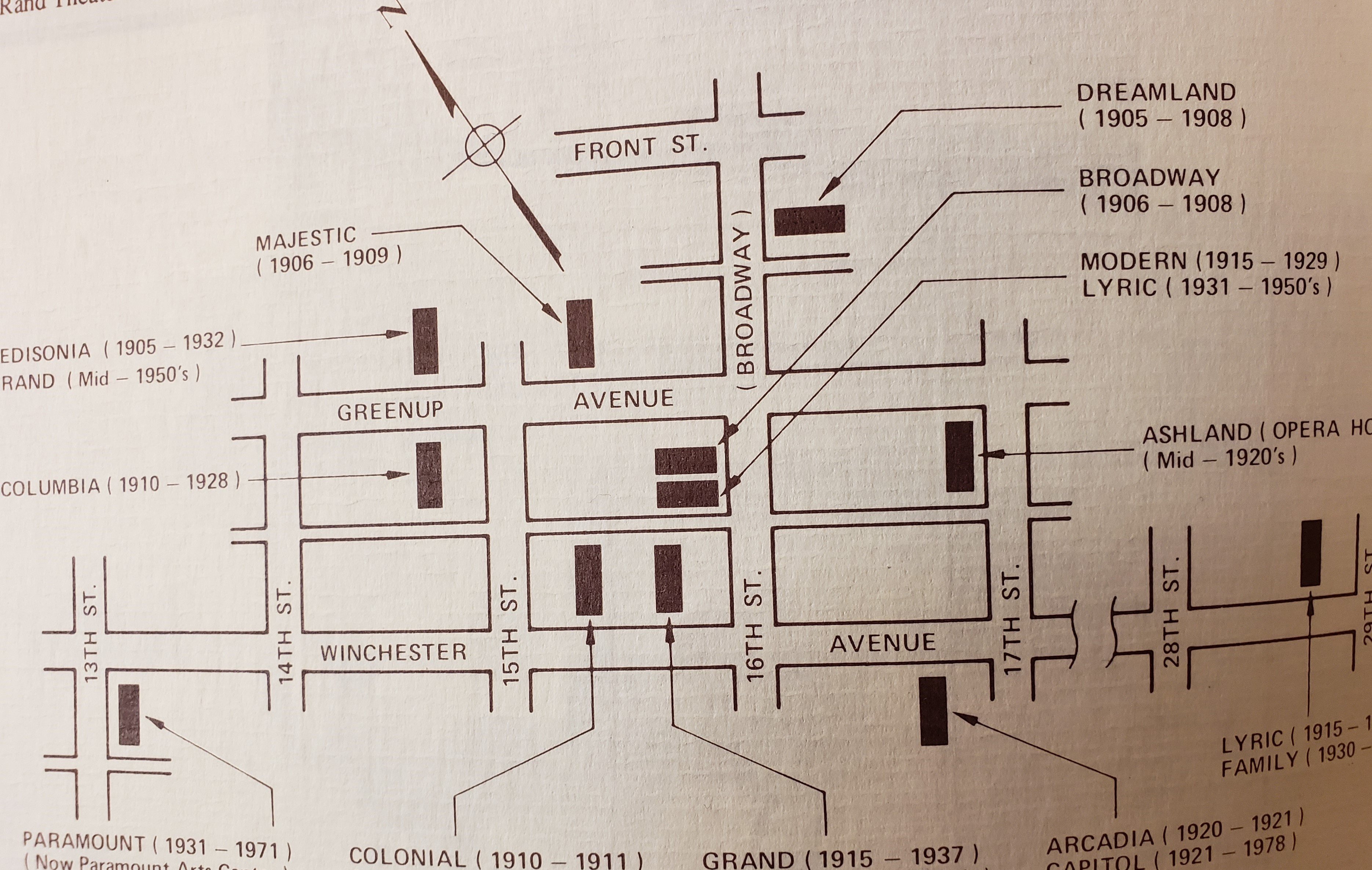 The turn of the century in Ashland coincided with the creation of several theaters in Ashland from vaudeville halls and opera houses of the 19th century to the movie theaters of the 20th century. Dan Norton opened the first moving picture show in Ashland known as Dreamland. The building sat close to Front Street where the bulk of the business came from the local docks on the Ohio River. It closed only after three years, but it started a trend of building new and better theaters. Along with these theaters, production companies were popping up to gain their foothold, including the Columbia Amusement Company. The Columbia Amusement Company specialized in traveling vaudeville and burlesque shows.

After Dreamland, S.L. Martin opened the Edisonia in 1905 that was located in a farmhouse on the north side of Greenup Avenue. It was one of the first of five theaters owned by the Columbia Amusement Company. In 1921 a new building replaced the farmhouse and hosted additional shows. It inevitably closed in 1932. The next theater to operate out of this building was the Rand Theater in the 1950s.

In 1906 saw the opening of two new theaters, the Majestic and Broadway. These two were built on 16th Street and Greenup Avenue and were vaudeville houses. The theaters did not stay open for long, but the building remained as a pool hall until 1971. Two other theaters opened after that in 1910, one being the Columbia Theater. This was the second theater owned by the Columbia Amusement Company.

The Columbia Theater was one of the most popular theaters in Ashland. During the winter season it had vaudeville and road shows playing, and during the summer season, they had movies. The Columbia Theater replaced a saloon that closed when Ashland converted to a dry city in 1910. After the Columbia Theater closed, it was converted to the Henry Howes Plumbing store. At this time, Ashland residents could also attend the Colonial Theater on Winchester Avenue This short-lived business was replaced by the Senic Theater 1911.

The growth of the south side of Ashland also meant the growth of streetcars which made it possible to bring residents of the city to the downtown area-the hub of the city's streetcars. C.C. Moore built the Lyric theater in 1915. This theater was moved and renamed the Family Theater in 1931. The Modern Theater opened in 1915 and was part of the Columbia Amusement Company until it closed in 1929.

The tail end of theater building started to emerge with the opening of the Ashland Theater in the Opera House building. At this point, Columbia Amusement Company started to lease out their properties and the last theater before the Paramount Theater was in the Arcadia building. It was called the Capitol Theater and closed in 1979.