Built as a warehouse that later became a boarding house, the Boston Store was constructed around 1836 and now serves as a visitors center for Cuyahoga Valley National Park. The park is located along the Cuyahoga River or “Crooked River and runs between the Ohio cities of Cleveland and Akron. The “Crooked River” gives way to 33,000 acres of rolling hills, forests, and farmlands. The park offers a variety of outdoor recreational activities and is a beloved spot for Ohio residents and visitors. This visitors center is a good place to start one's exploration of the area and its history thanks to interpretive exhibits and brochures, park rangers, and a bookstore. 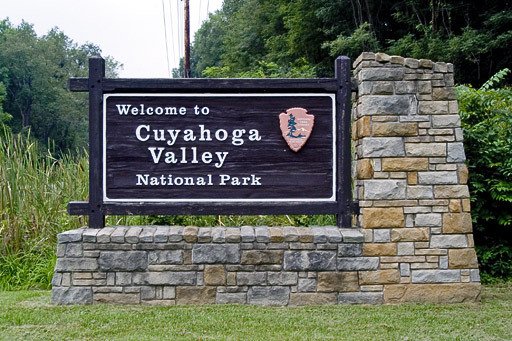 Built as a warehouse that later became a boarding house, the Boston Store was constructed around 1836 and now serves as a visitors center. 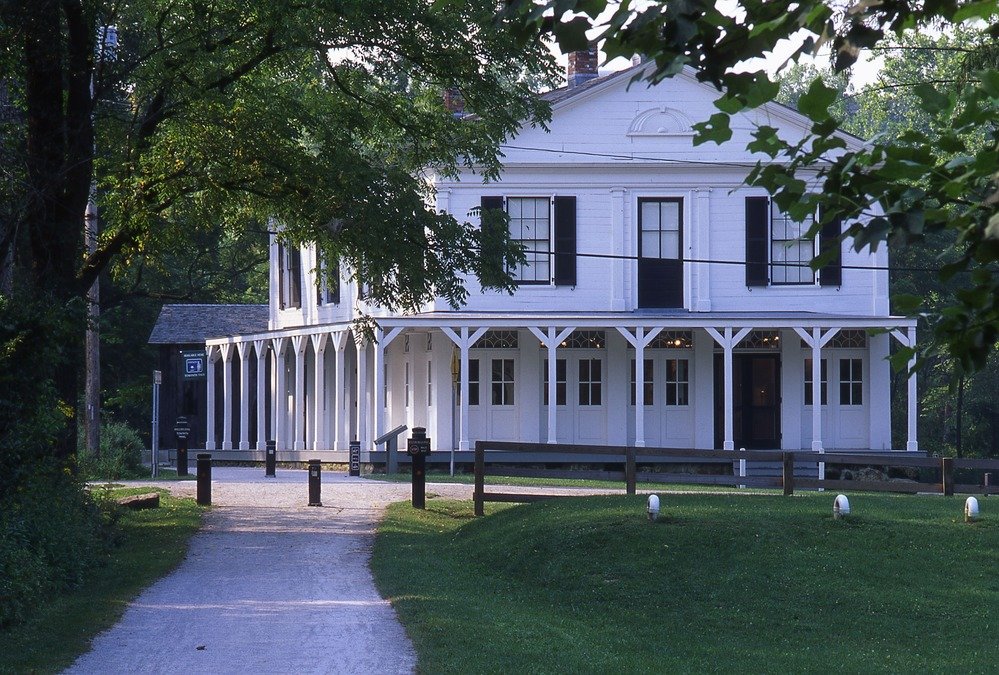 The visitors center is located along the Towpath Trail that was built alongside the Ohio & Erie Canal between 1825 and 1832. Visitors can hike or bicycle across the trail which was used by mules and men as they towed canal boats loaded with people and goods who came to northern Ohio following the completion of the canal. The park was established as a national recreation area in 1974 and designated as a national park in 2000.

Cuyahoga Valley National Park has a rich cultural legacy. Remains of the Ohio and Erie Canal offer a glimpse into the history of how the country was transformed. This canal traveled through the valley in the 19th and early 20th centuries. Farming ventures help preserve the valley’s agriculture heritage. The park contains an Ohio and Erie Canal Towpath Trail in which is a restored section of the canal's original towpath.

The Canal Exploration Center, in the park’s north, details the 19th-century waterway’s history. One of several waterfalls includes the Towering Brandywine Falls along with the Cuyahoga Valley Scenic Railroad running throughout the park.The park is a refuge for various recreational activities and is a beloved spot for Ohio residents and visitors. Cuyahoga offers something for everyone—from hiking, golfing, historic train rides, and kayaking to snowshoeing and cross-country skiing.