This is the front of the African American Physicians marker. It states that it is the site of the building that housed prominent African-American physicians and pharmacy. This marker provides information about specific doctors. 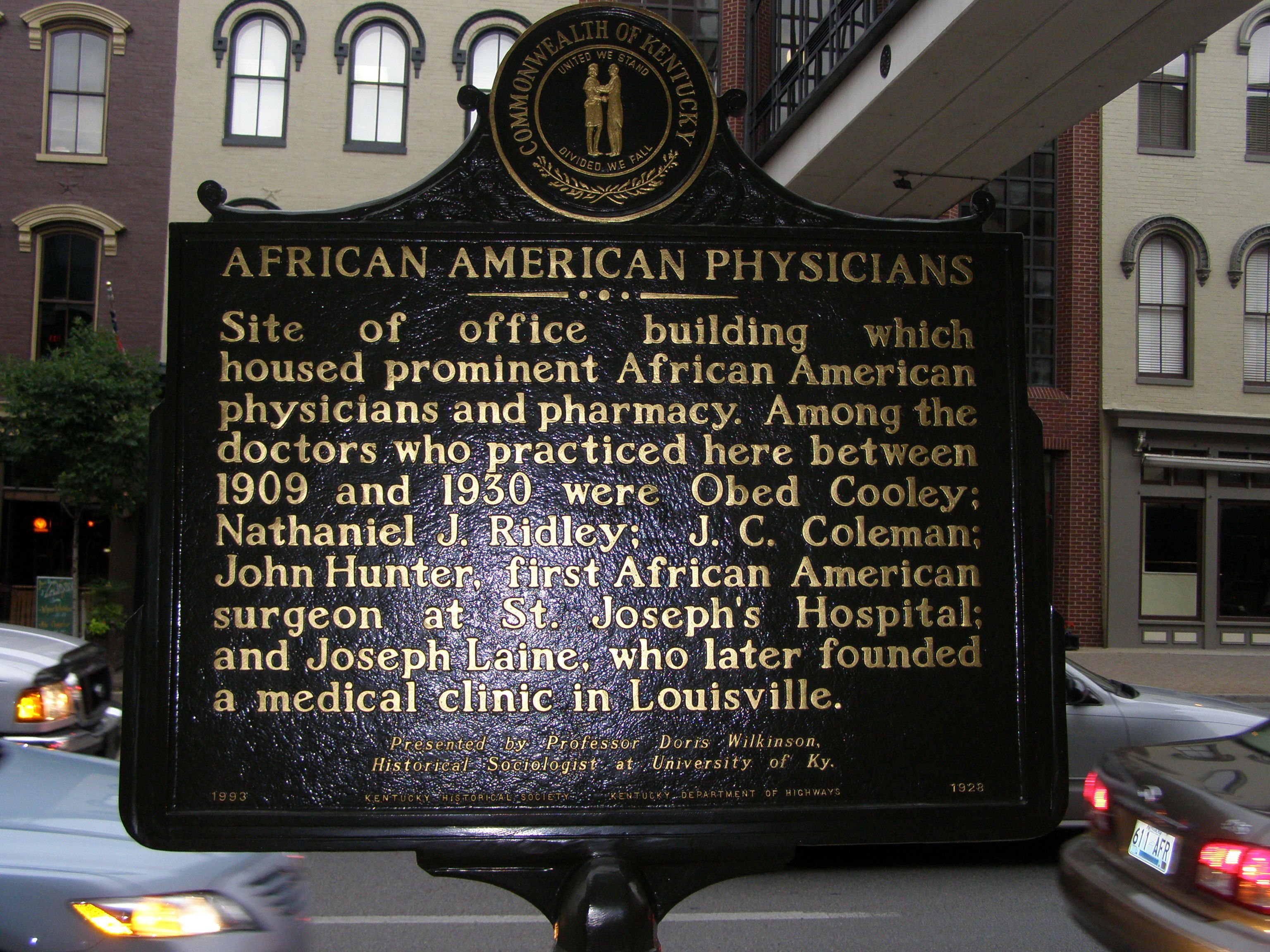 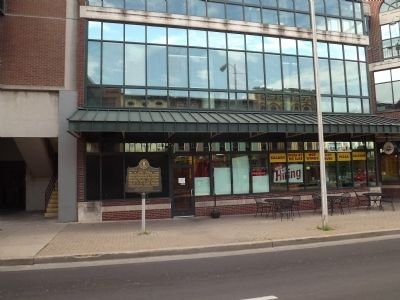 Throughout the 20th century, there were several prominent African American doctors who came to the Lexington area to practice medicine and are remembered with a marker that sits just off the road at 118 North Broadway. These physicians went on to contribute to their profession and in the community. Obed Cooley, Joseph Laine, and John Hunter some that are mentioned on the marker. The marker commemorates the building that once housed their offices. These doctors occupied the offices from 1909 through 1930 practicing through WWI and the Great Depression.

Obed Cooley dedicated his life to serving Kentuckians in Lexington after becoming a doctor. His parents were free slaves from Virginia and were in the position to be able to send Obed to good schools and eventually medical school. He was able to attend college because his family pulled together and made donations. He came to Lexington, KY from the University of Michigan to practice medicine. He continued to practice in Lexington until his death in 1937.

John Hunter was from Virginia, too. Upon coming to Lexington, KY, he became the first African-American surgeon at St. Joseph's Hospital. He is remembered for helping found Lexington’s Paul Laurence Dunbar High School. The Hunter Foundation for Healthcare later called Healthcare of the Bluegrass was named after John and his son Bush, for the combined 113 years of service to the area.

Joseph Laine is mentioned because of his work in Lexington and Louisville. Unlike Cooley and Hunter, he was a native of Kentucky. He was able to attend Berea College and then medical school at the Meharry Medical College. Laine practiced medicine in both Lexington and Louisville throughout his life. The Laine Medical Clinic is a project that he is best known for founding.

The doctors on the marker are significant because they survived a time when African Americans weren’t given the same opportunities as other white men. Despite not having equal conditions they went on to contribute to the area more than just practicing medicine. These doctors were able to provide for the community with clinics, schools, and foundations.