Bolton Mansion is a historic house museum that traces its roots to the very founding of the colony of Pennsylvania. It began as a simple fieldstone home built by Quaker and William Penn associate, Phineas Pemberton c. 1687 after he purchased 500 acres of land in Bucks County. The house was expanded as the years passed with the largest expansion occurring in 1790. Named for the town in Lancashire, England where the Pemberton family originated, Bolton Mansion passed through various owners until it was abandoned and neglected for decades in the late 20th century. It was acquired and restored by the Friends of Bolton Mansion beginning in 1997. It is now open to the public for community events and guided tours by reservation. It was added to the National Register of Historic Places in 1971.

The large, 2.5 story front edition was added to Bolton Mansion in 1790. 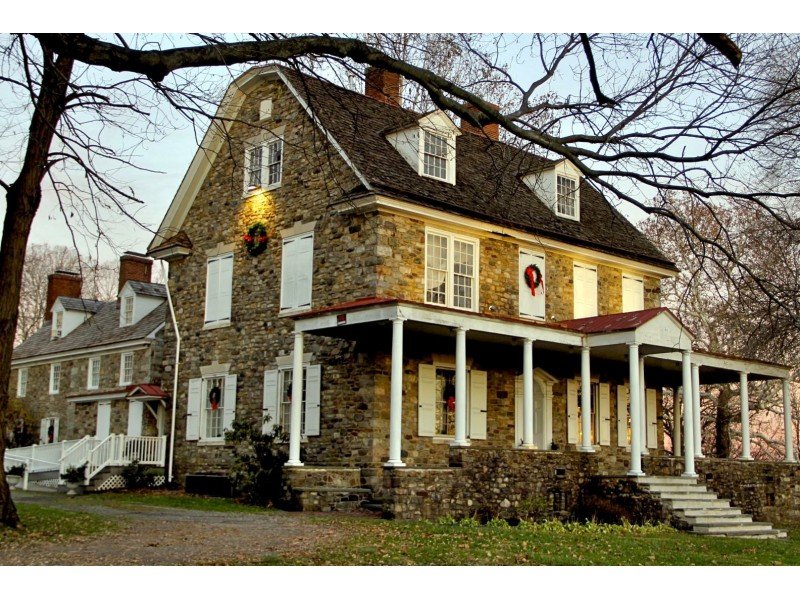 This side view reveals the true size of the 27-room Bolton Mansion.

The simple colonial kitchen within the mansion. 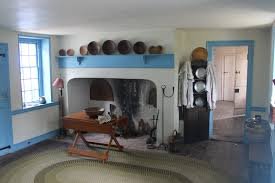 This image was taken while the Friends of Bolton Mansion worked on its restoration. 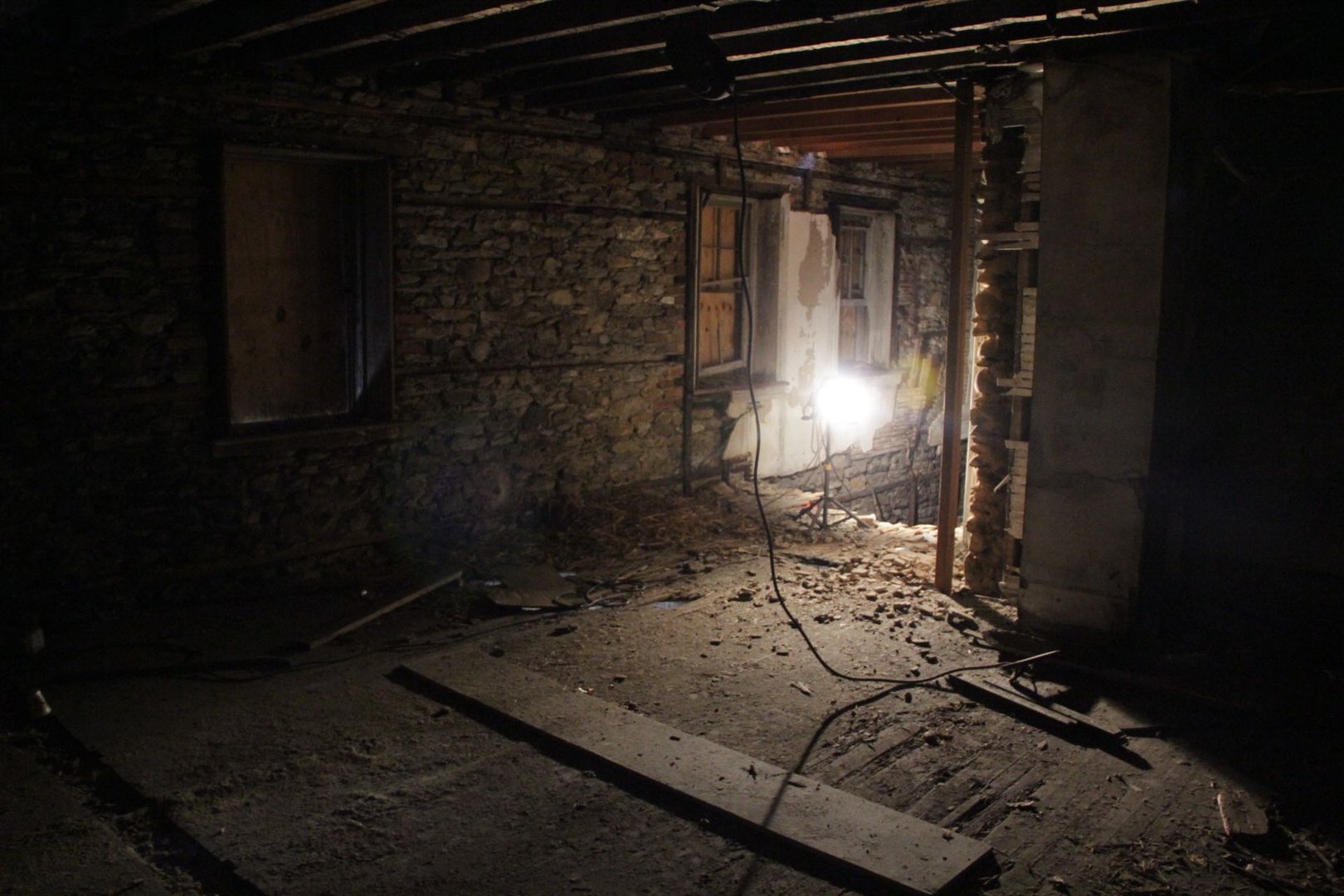 The nearby Bolton Farm Cemetery holds the remains of members of both the Pemberton and Morris families. 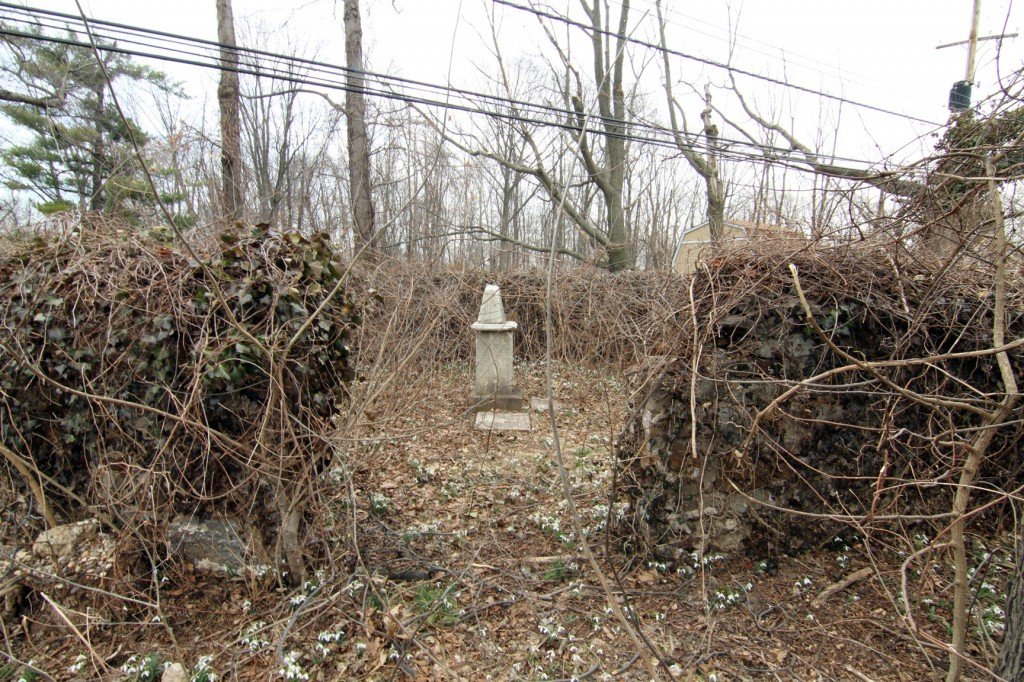 Phineas Pemberton, his wife Phoebe and their two children arrived in the American colonies in 1682, a year after King Charles II granted a land charter to William Penn in order to pay off debts he owed Penn’s father.  Pemberton fled England as a result of the religious persecution he and thousands of other Quakers suffered.  He was twice arrested and had his possessions seized as well.  The Pembertons arrived in Bucks County in 1683, shortly thereafter, Pemberton purchased 500 acres of land.  The family’s initial home was a wood-frame house near the Delaware River.  The family soon sought a more suitable plot for a new home and Bolton Farm, with its simple fieldstone house that was built sometime around 1687, was the result.

Pemberton became integral to both the local and colonial governments.  Locally, he was the Register of Wills and Recorder and Clerk of the Court.  Within the colonial government, he was a member of the Provincial Council and the Pennsylvania Assembly where he served as Speaker for three years.  Due to Pemberton’s governmental involvement, William Penn was known to visit Bolton Farm as his home, Pennsbury, was located nearby.

Phineas Pemberton died in 1702 and left the home and 354 acres to his son, Israel.  Bolton Farm then passed to James Pemberton who was a member of Ben Franklin’s Abolition Society.  James’ daughter, Mary, wed Anthony Morris and the couple took control of Bolton Farm in 1790.  It was also in that year that Morris constructed the largest addition to Bolton, which is now the large, front section.  Morris served as a state senator, Speaker of the Pennsylvania House and Minister to Spain.  Morris eventually passed his expanded home to his son James Pemberton Morris and it was enlarged again in in the early 19th century.

Bolton was later gifted to the University of Pennsylvania in 1938 and then served as a guest house for the U.S. Steel Company.  William Levitt, the man largely credited with creating the modern suburbs, used Bolton as his headquarters while constructing the first Levittown just outside Philadelphia, in 1952.  The home was then given to Bristol Township which used it as a municipal building until 1966, after which, it sat vacant for decades and suffered serious deterioration.  The Friends of Bolton Mansion then formed in 1997 and spent many months and raised many dollars to restore the Pembertons former home.

Currently, Bolton Mansion is used to host numerous community and private events.  It is open for private tours and the Friends of Bolton Mansion host open houses, afternoon teas, movie nights, cooking classes and paranormal nights throughout the year.  Please call or visit their website for specific dates and times or to schedule a private tour.