Old Greyhound Bus Station-Site of the Arrest of the Freedom Riders, 1961

This former Greyhound Bus Station was the site of an important event during the Civil Rights era. On May 24, 1961, a group of 27 Freedom Riders (both white and Black students) arrived at the station and were immediately arrested and charged with trespassing into the whites-only room. The incident attracted national attention and encouraged others to go on Freedom Rides throughout the South. The interior of the station has been beautifully renovated to appear as it might have during WWII. There is a mural that appears to have changed the word "Colored" with baggage, apparently seeking to distance the station from that day. Beyond a historic marker outside the building, there is little inside the restored station (which now serves as the office of an architectural firm) to remind visitors of the 1961 Freedom Rides that made this bus station famous. That history appears below through images and links to articles, books, and videos.

The Old Greyhound Bus Station is now an architect’s office and the site of a Mississippi Freedom Trail Marker commemorating the history of the building. The Trailways Bus Station was demolished in 1976 to construct the Davis Planetarium. 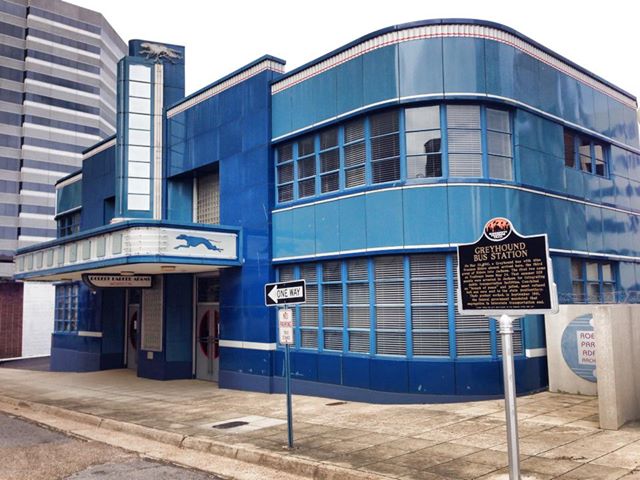 Black Freedom Riders have breakfast at a lunch counter in the bus station in Montgomery, Ala., on May 24, 1961. It was the first time the eating facilities were used by Black travelers. The group was preparing to board buses bound for Jackson, Miss. 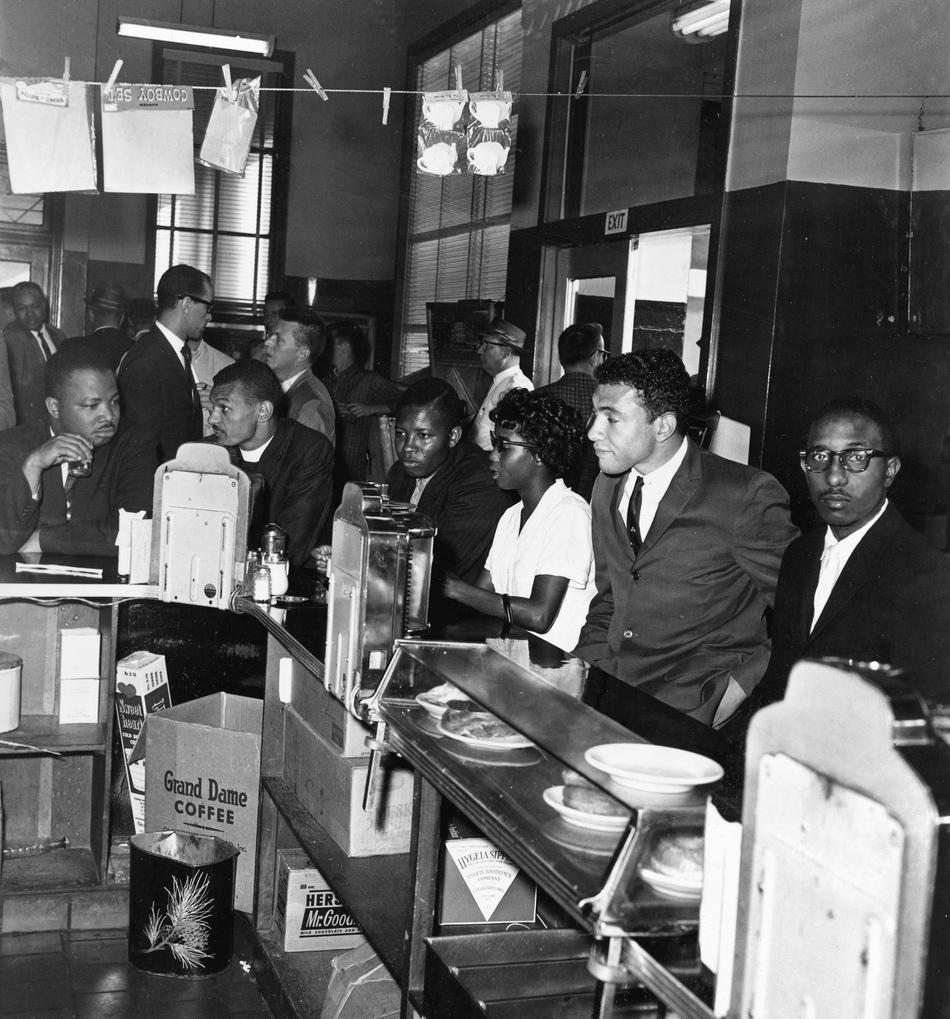 The Alabama state troopers and National Guardsmen escorted the bus to the Mississippi state line and then departed. Mississippi Governor Ross Barnett warns the Freedom Riders to "obey the laws of Mississippi." 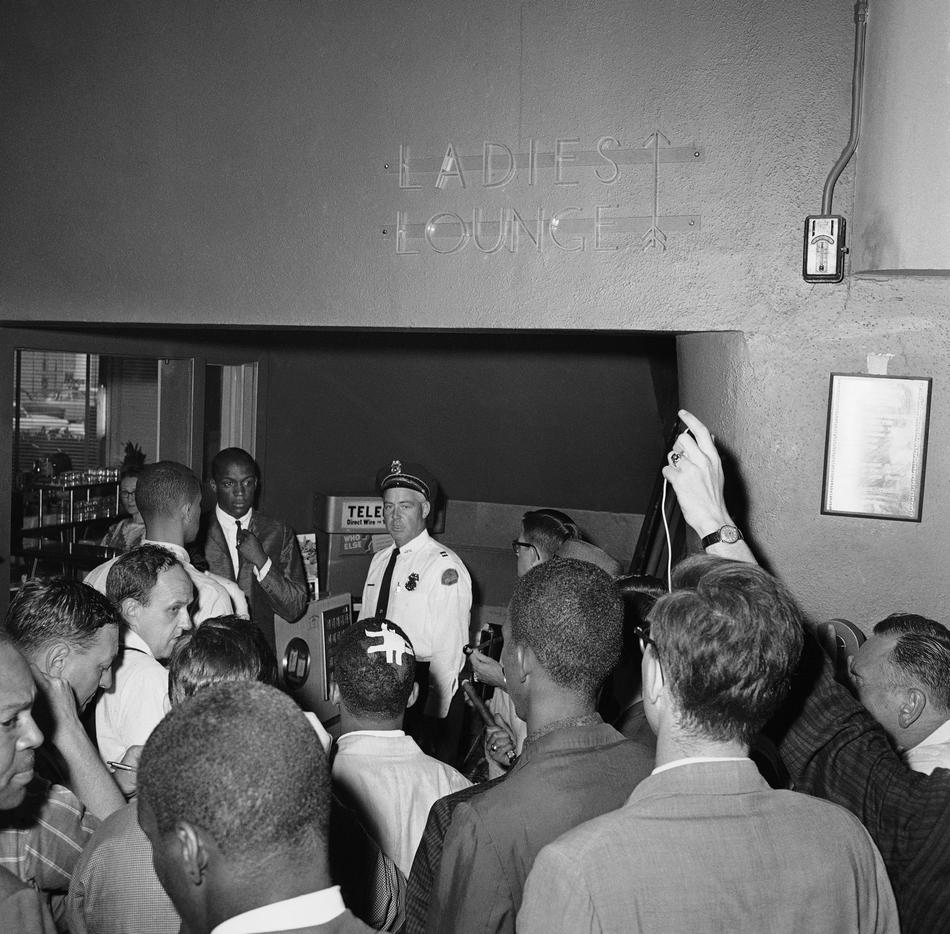 Fifteen Freedom Riders that arrived on a second bus in Jackson, Miss., are loaded into a paddy wagon at the bus station, May 24, 1961. They entered the "whites only" waiting room and were arrested for being in violation of state laws. 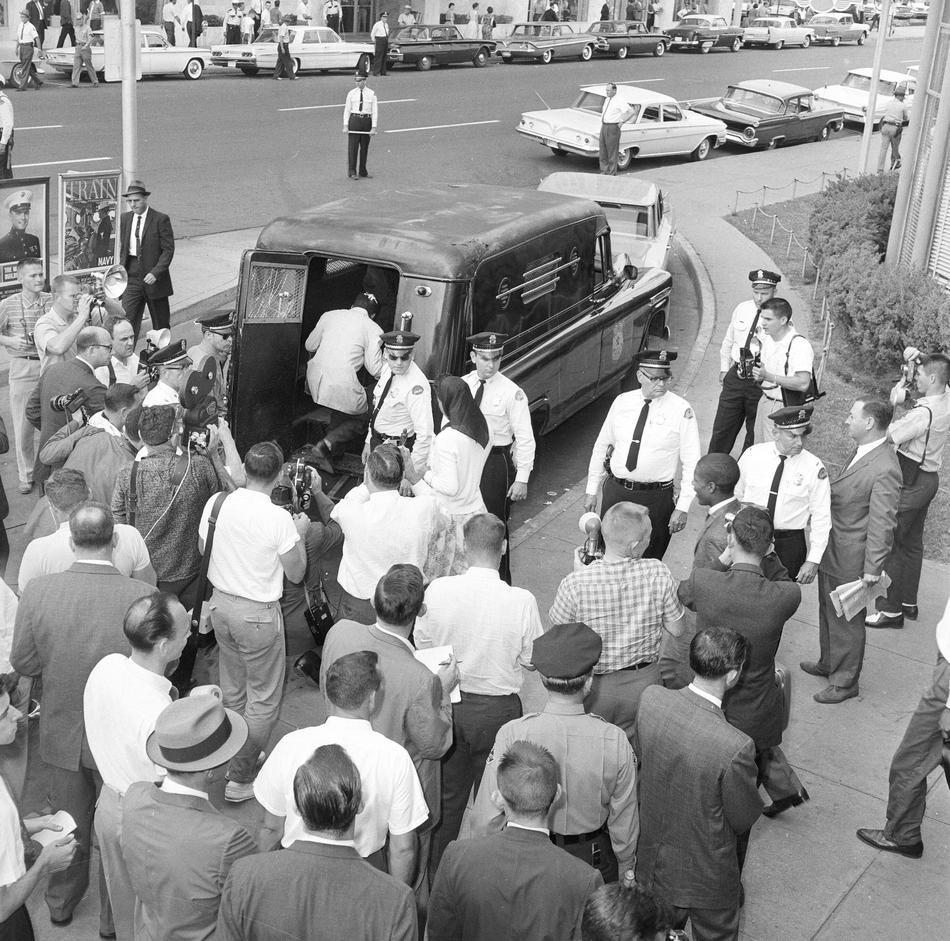 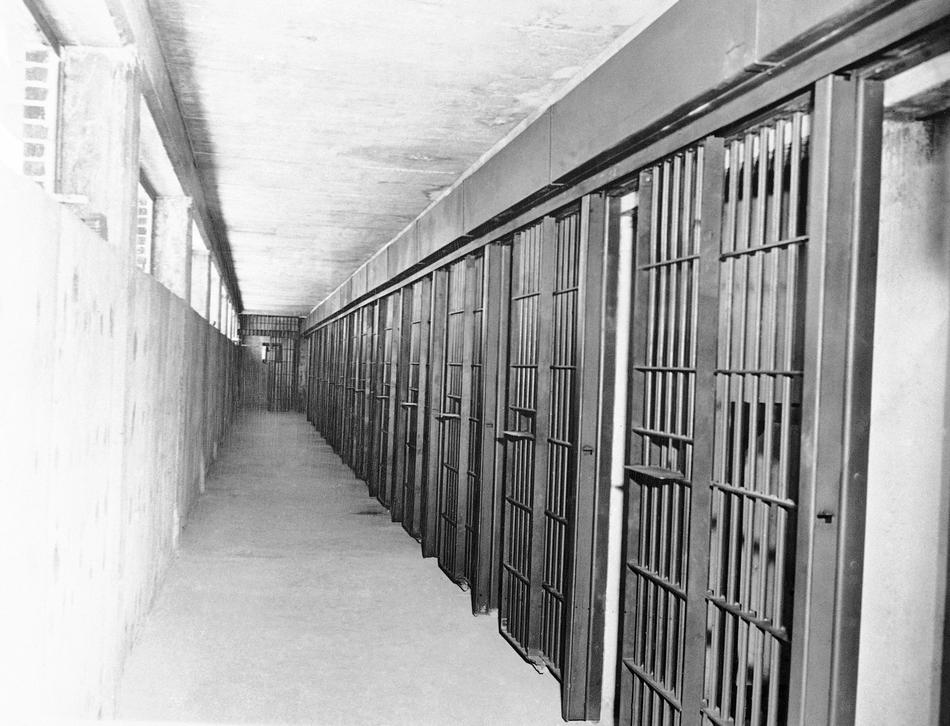 Jackson was the second planned stop of the Freedom Riders' journey from Montgomery, Alabama to New Orleans. National Guardsmen were stationed at each location and the Riders left Montgomery without incident (and escorted by the Guard and highway patrolmen). The departure made national headlines.
When the two buses of Riders arrived at the station no angry mob was there to greet them. However, upon entering the whites-only waiting room, police arrested them and took them to jail. The next day they were sentenced to 60 days in prison for violating state law. The judge at the trial turned his back on the riders' defense attorney, Jack Young, as he spoke on behalf of the riders. With the assistance of the NAACP, however, the convictions were soon overturned. Around 300 Riders would travel through the South in 1961.