Located within a former U.S. Customs House that was constructed in the midst of the Civil War, the Niagara Falls Underground Railroad Heritage Area serves as a museum with many exhibits and programs that interpret the history of the refugees who fled to Canada to escape the possibility of re-enslavement in America. For many formerly enslaved persons, this site was an important part of their journey to Canada along the Underground Railroad.

This monument depicts refugees leaving the United States at the Niagara River. 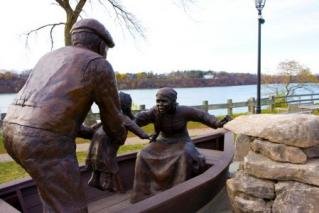 The suspension bridge crossing to Canada was utilized by runaway slaves and was the final obstacle on their exodus out of the United States but did not mark the end of their journey. 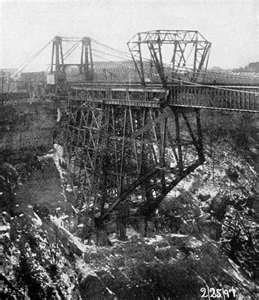