The Portsmouth Colored Community Library Museum serves as a window into the history of Portsmouth and Virginia. The museum that once served as a library for African Americans in the era of segregation is now a Community Center that houses exhibits highlighting the struggles of segregation during the era of its initial operation in the 1940s through 1960s. The museum is free and open to the public and group tours can be coordinated by calling the museum to set up an appointment.

The Portsmouth Colored Community Library moving to its current location. 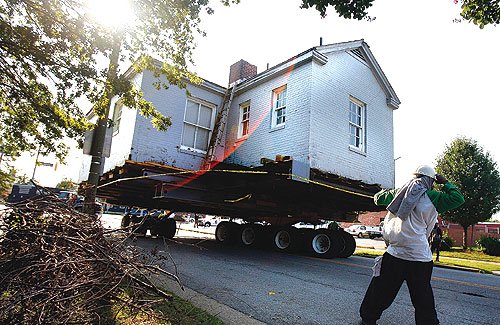 The library at its current location on Elm Street. The library was moved two times to avoid demolition and serve as a beacon of the Colored Community. 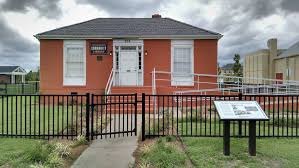 Originally opening in 1945, the Portsmouth Colored Community Library was an important institution as the local library was open for whites only. This library was made possible by the efforts of Rev. M. B. Birchette and the Portsmouth Library Association who sought funding and secured property for the location.

Due to the success of the civil rights movement through much of the South, integration came to the city and the library closed in 963 when the downtown public library integrated. The building of the colored library was relocated in 1967 near Ebenezer Baptist Church and served as additional meeting space for the Church until it would be moved again to its current location in 2007 on Elm Street. This final move was made possible by the Portsmouth African-American Historical Society.

At its current location, the Colored Community Library serves as a museum that gives insight on why the Library was constructed in the first place and how African-Americans lived during the time of its initial opening in 1945. Expect to see exhibits with relics and information on how the Black community learned to survive segregation by opening African-American owned businesses and services that catered to people of color. The library was listed on the National Register of Historic Places in 2010.