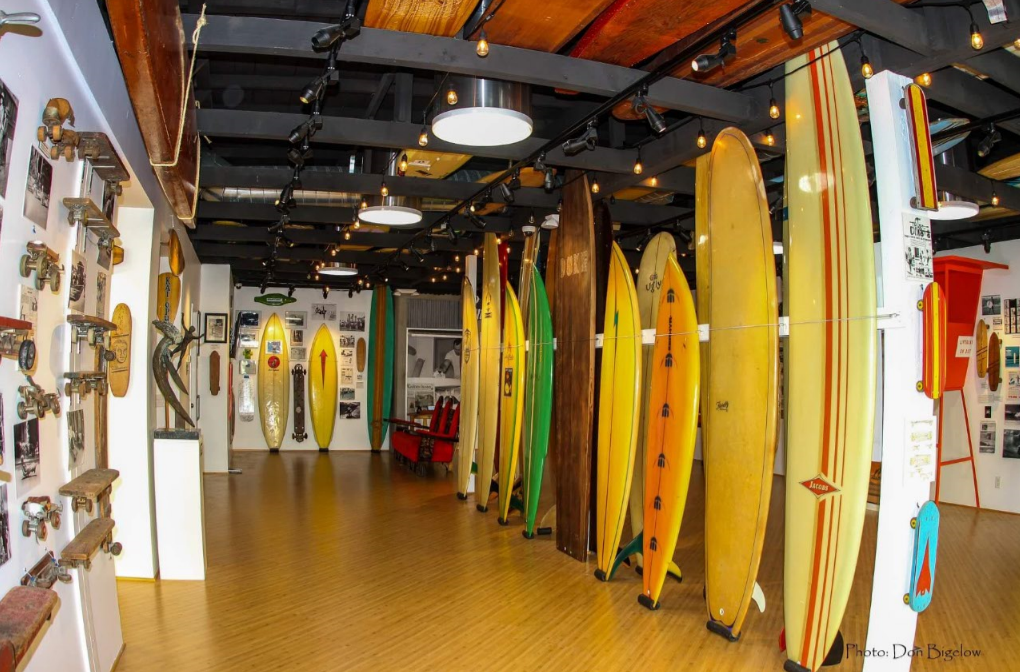 The International Surfing Museum is dedicated to preserving global surfing history and the influence of surf culture on Huntington Beach, known as Surf City USA, and on the international sports world.

The Museum has sponsored Guinness World Records events, including the World's Largest Surfboard event in 2015 during which 66 surfers rode the Big Board to shore. The Big Board is displayed in the Museum parking lot. Another Guinness World Records-breaking event was the largest paddle-out of surfers for the Surfing Circle of Honor next to the Huntington Beach pier in June 2017. Over 500 surfers paddled out into the ocean on their boards to form a large circle, holding hands in support of surfing becoming an Olympic event and to achieve another listing in the Guinness World Records.

The Museum sponsors free Surfin' Sundays at the Pier Plaza next to the Huntington Beach pier, with live surf music during summer months, from 11 a.m. to 5:30 p.m. A calendar for Surfin' Sundays and featured bands is on the Museum website.

The Museum moved into its current location in 1990. The historic structure is a 1936 medical building that once served as the office of Dr. Ralph Hawes and as an emergency hospital in the original Huntington Beach Township.

General admission to the Museum is $3.