Founded in 1932 as the Musem of Anthropology at the University of New Mexico, the Maxwell Museum of Anthropology aims to "increase the knowledge and understanding of human cultural development" of the past 2.5 million years. It holds an impressive archaeological and ethnographical collection of over one million artifacts, specimens, skeletal remains, orthodontic records, and photographs and other images from all over the world. Beyond its emphasis on New Mexico and the American Southwest, the museum collection is also strong in Africa, the Arctic, Australia, Central and South America, India, New Guinea, Oceania, Pakistan, and Southeast Asia. The museum also houses an archives that is open to the public. There are also two permanent exhibits, one is called the "People of the Southwest," which explores the culture and history of the Native American tribes of the region; and the other is called "Ancestors," which describes the history of human evolution. Temporary, traveling, and online exhibits are offered as well.

The Maxwell Museum of Anthropology explores the development of human culture beginning 2.5 million years ago. 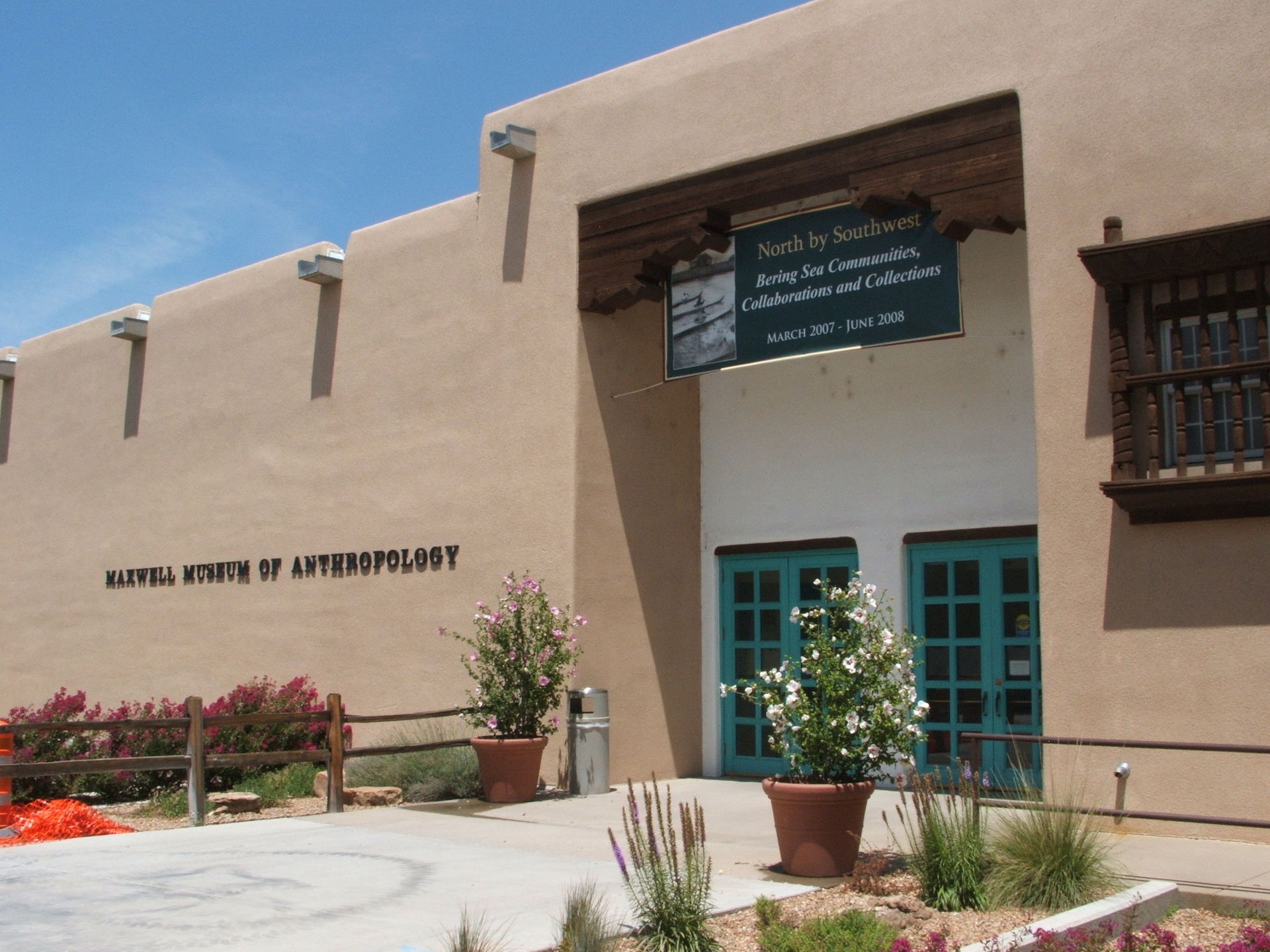 The museum was the first public museum established in the state. It received its current name in 1972 when philanthropist Dorothy Maxwell donated funds to the museum.