Seaview Beach and Amusement Park was a "coloreds only" resort, operating for 20 years on then Bay Shore Drive, now known as Shore Drive. Seaview Beach featured many popular musicians and groups while it was operating, and was an iconic resort for the African-American population in both Tidewater, and across Virginia. The resort underwent numerous renovations during its existence, featuring different rides and attractions for the thousands of guests it attracted each weekend. Its history is important to understanding the socioeconomic statuses of African-Americans in the area, and its success and demise also reminds people of the history of segregation in the South. 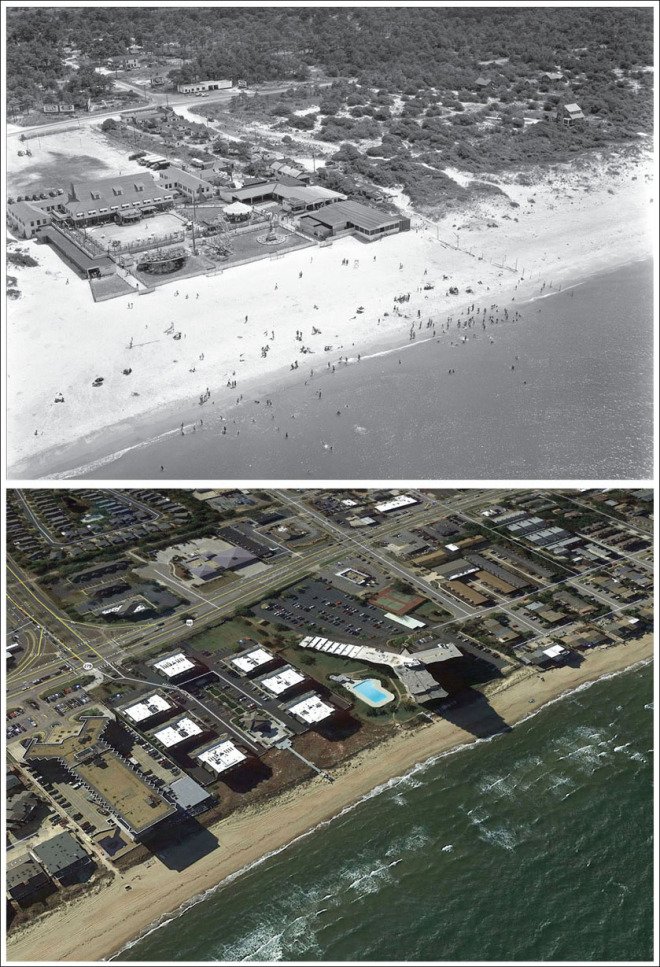 An advertisement for Seaview. Norfolk Journal and Guide, May 18, 1946. 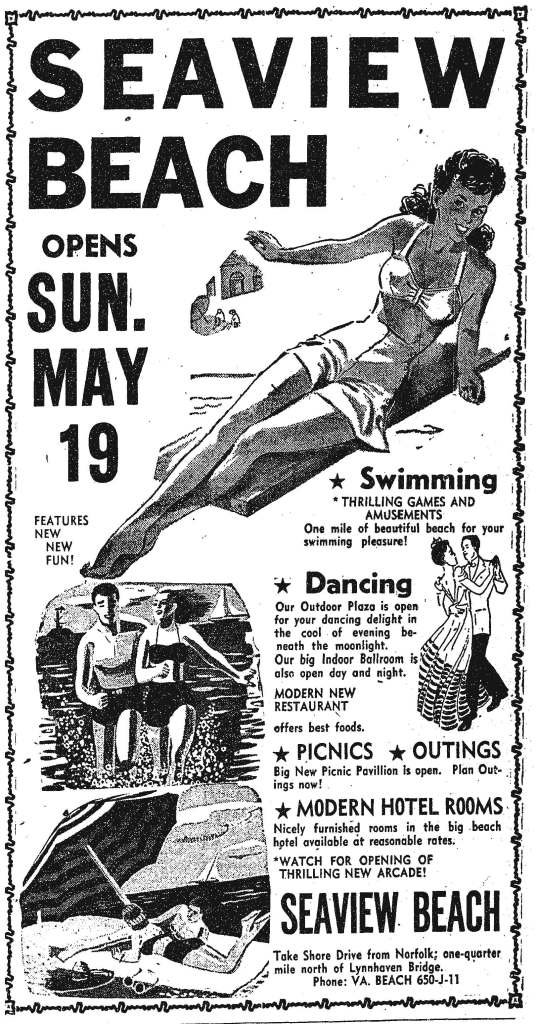 An advertisement for Seaview. Norfolk Journal and Guide, June 23, 1947. 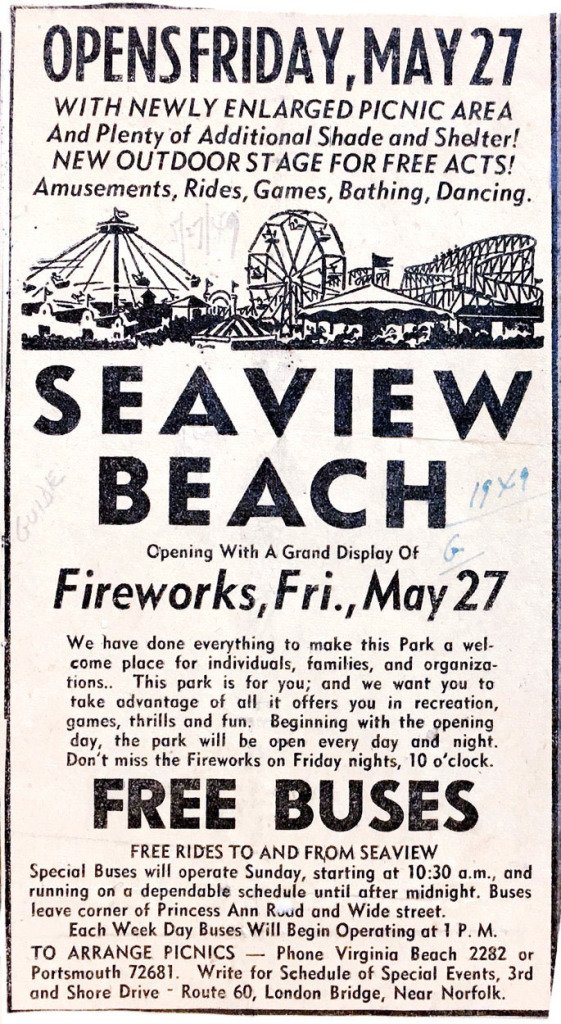 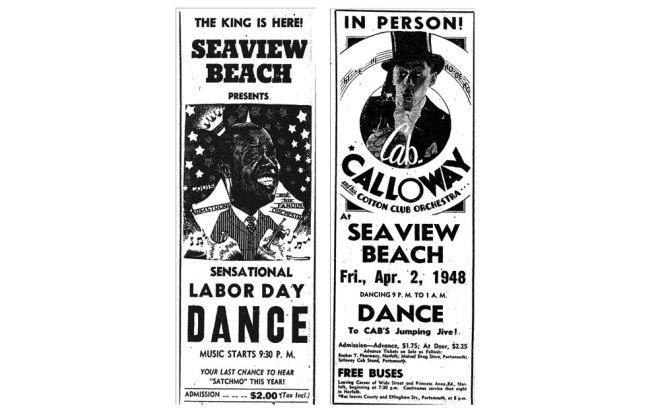 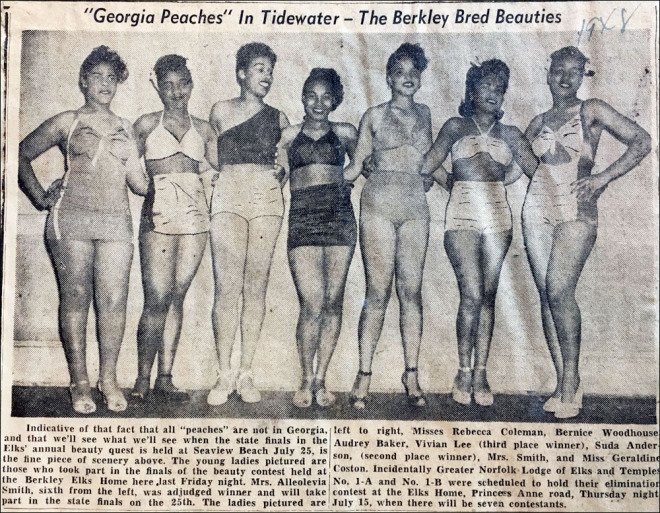 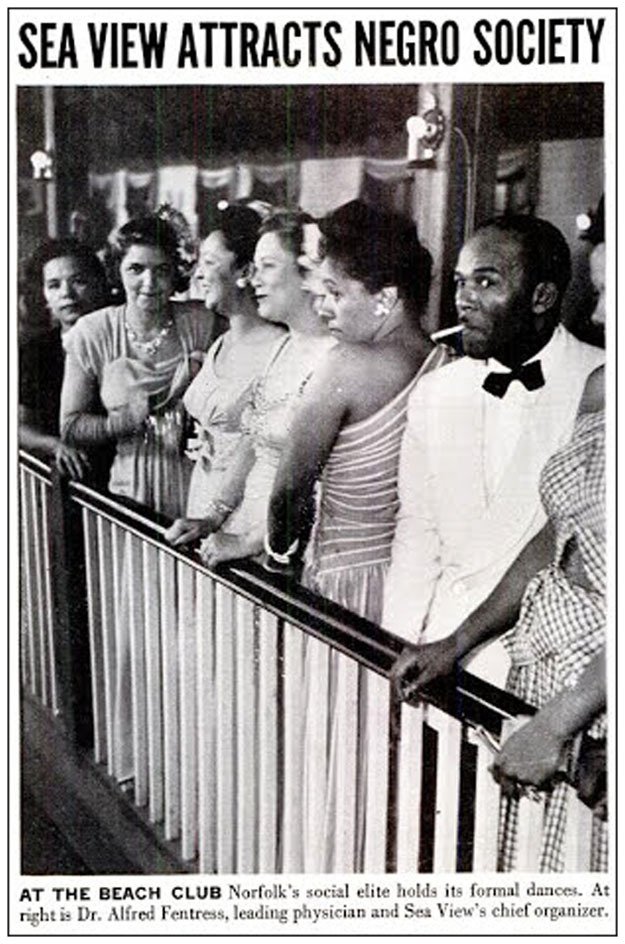 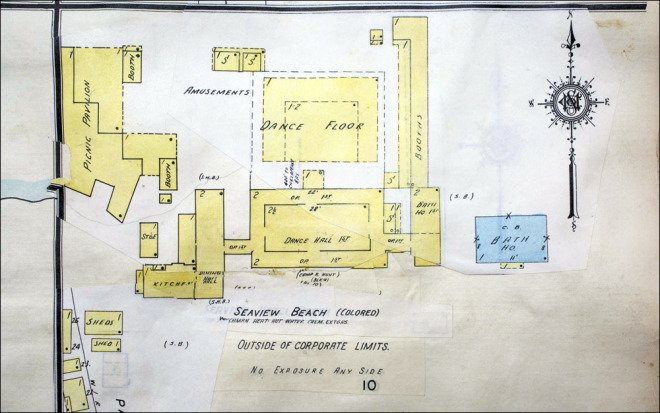 Founding:
In 1945, William T. Mason, one of the first Black millionaires in Virginia, Dr. Wilbur Watts, a dentist in Portsmouth, and William E. Waters, principal of I.C. Norcom High School, along with 18 other African-American businessmen and professionals, pooled their money to create a beach resort where they could be free from white harassment. The founders decided to purchase a property containing a former club for $45,000, along with an additional fifty-acres for $35,000. The additional land was purchased with the intent of selling lots for permanent resort homes.

Operation Period Amenities:
When Seaview opened, the newspapers raved about the white sand beaches and decorations in the main building. The two-story main building was 300 feet long and was white with the exception of the red roof. The building included a modern ballroom, the main attraction, along with a number of other rooms including 40 hotel rooms. The 20-year old main building was originally built for the Knight's Templar group. It later served as a whites-only dance and beach club before its sale to the Seaview group. The founders would make constant improvements to augment the quality of the resort throughout its operation. For example, in 1946, the resort launched a $200,000 expansion with a restaurant, rides, a Ferris wheel, and infrastructure upgrades. Other desired plans included a 3,000 seat auditorium, golf and tennis courts, and a 100-room hotel, but were not acted on due to the $350,000 price tab. Instead, the investors installed a $50,000 picnic section which had a 1,000 person capacity. The rides were some of the main allures to the resort, including the Ferris wheel, merry-go-round, sightseeing motorboats, skeeball, bumper cars, a moon rocket ride, and other smaller ones. In 1956, the founders had already invested over $1 million into the resort, and even more changes were made in 1957 where the founders renovated the hotel, overhauled all rides, and constructed a modern bathhouse with showers and lockers.

Entertainment:
Besides the amusement park rides, bath house, and other fun amenities, the Seaview resort attracted performers and countless other events. For example, the resort was used as a venue for bingo, a trained chimpanzee, and upcoming and established artists. Some of the well known acts that performed at the venue include Jimmie Lunceford's Orchestra, Louie Armstrong, Ella Fitzgerald, Count Basie, Ruth Brown, Mercer Elllington, Dizzy Gillespie, Hot Lips Page, and Patterson and Jackson. They even featured Sweethearts of Rhythm, a popular women's interracial jazz band. Miss Seaview and Miss Tidewater events also enchanted crowds at the resort, along with gathering events for large clubs and the African-American elite of the area. Clubs like the Eureka Club held their large-scale events at Seaview, often reserving the ballroom which was the most popular entertainment room at the resort. Groups like Morning Glory Social and Savings Club, churches, and the Kit Kat Club all reserved spaces for the venue.

Issues and Demise:
In addition to the occasional illegal gambling and scuffles at the resort, infighting among the board of directors created issues for the resort; however, by far the greatest blow to the success of the resort was the passing of the Civil Rights Act of 1964. When this act passed, African Americans could enjoy any park they wanted to in the area, so Seaview became less of a hot spot for patrons as they opted for closer beaches and resorts. A year later in 1965, the owners closed the resort, citing the now cutthroat competition. The land was purchased by David Levine for $500,000, but he eventually sold part of it to Virginia Beach to use for dredging. An inspection of the main building determined that it was unsafe for continued use, and it was demolished in February of 1966, ending the era of what the Norfolk Journal and Guide described as "the largest and best Negro beach resort in America." Today, it is the location for a condominium and apartment complex, but its history is not forgotten.