In 2012, the Salina Art Center commissioned Molly Dilworth for the Smoky Hill River Festival. They wanted her to paint Oakdale/Carver pool, a once black- only swimming pool during the time the city was segregated. The contrasting patterns in the pond make reference to the separation in cultures at the time of its use. The mural is 40 by 60 feet, making it visible by satellite. 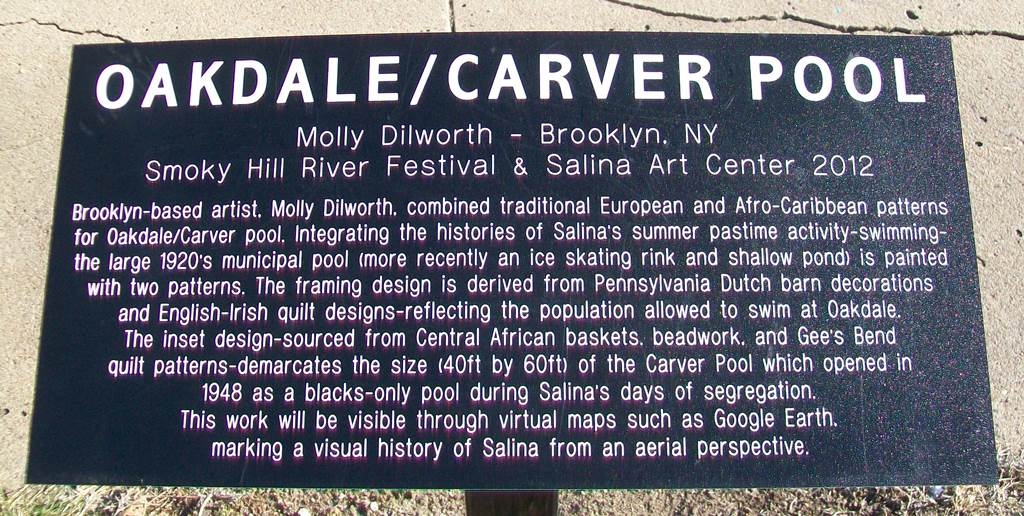 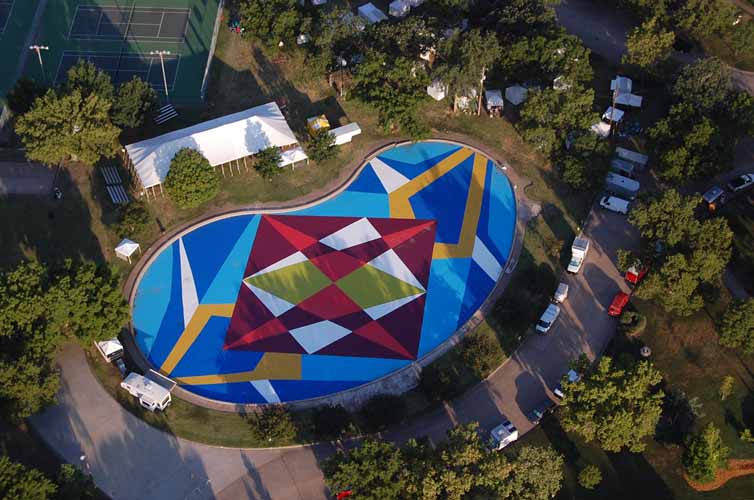 Oakdale Pond was built in the 1920’s. The once large, but now shallow, pond has since gone through several lives. It was segregated and the Carver pool was opened in 1948 as a blacks-only public swimming pool. Most recently it was an ice skating rink until the Salina Art Center decided it needed a new life in honor of the Smoky Hill River Festival. This festival is held annually is celebration of the arts and the surrounding community.

Molly Dilworth is a Brooklyn, New York native. She is known for her site specific paintings not only in New York City, but nationwide.  She was a resident artists at the Salina Arts Center when she was commissioned to paint the Oakdale/Carver Pool. She uses research from a specific site to motivate her work. The history of the pool inspired her to paint the two distinct patterns on the pool’s floor.

The Oakland pool is painted in two patterns. The pattern framing the pool is referenced from Pennsylvania Dutch barn decorations and English-Irish quilt designs, this mimics the people who were allowed to swim in this area. The inside pattern comes from Afro-Caribbean baskets, beadwork, and quilt patterns. This pattern represents the African Americans of the community.