This historic marker commemorates the history of the final battle of John Hunt Morgan's destructive raid through the Northern states of Ohio, Indiana, Kentucky and West Virginia. Near this location on July 26, 1863, Union forces destroyed the last of Hunt's force and captured ther commander. At the time it occurred, this was the northernmost battle of the Civil War. The Union victory ended with Hunt's surrender to Union Calvary Major George Rue of the 9th Kentucky Calvary.

The marker placed at this location gives a short summary of the actions taken by both Morgan's men and Union soldiers around the area. 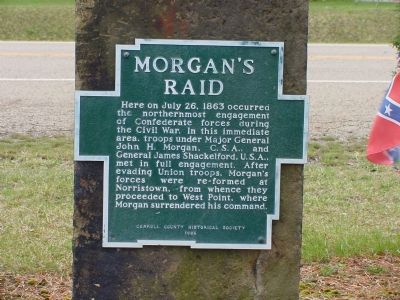 This painting depicts what Morgan and his raiders would've looked like as they raided the Ohio countryside. 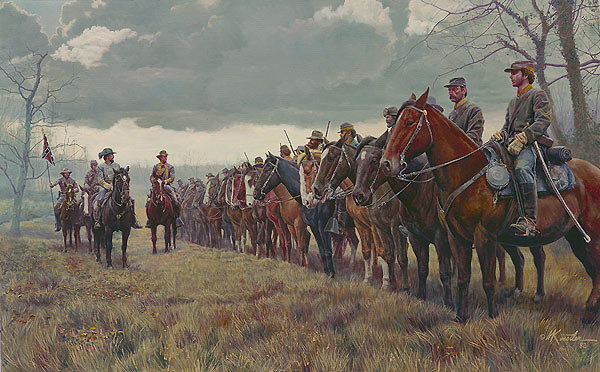 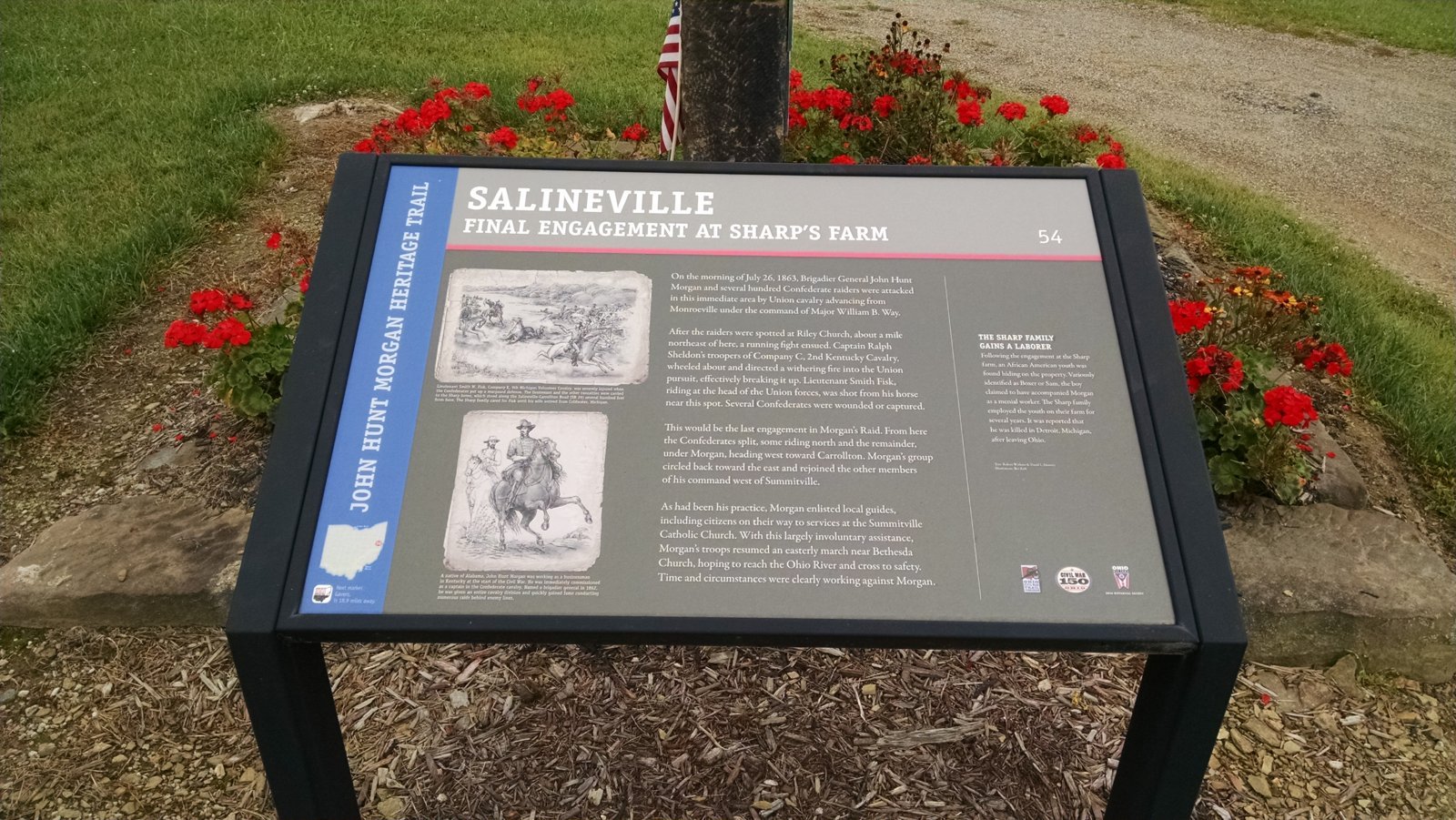 In June 1863, Confederate General Braxton Bragg ordered Brigadier General John Hunt Morgan to invade southern communities in Ohio and Indiana in order to force the Union to divert troops from Tennessee. Hunt's force of over 2,000 cavalrymen were ordered to create havoc among the Northern states and draw attention to his units in a way that would force the Union to divert troops from who were fighting in the South. Although his raid coincided with the Gettysburg and Vicksburg campaigns, it's significance was not directly related to these major campaigns. Instead, the raid devastated communities and required the Union to divert resources that might have helped Unionists in Tennessee.

Morgan's men first invaded the Southern part of Indiana to find supplies and rally Southern supporters in Northern states known as "Copperheads." Major General Ambrose Burnside responded by calling for troops to thwart the raid. Following his quick raid through Indiana, Morgan moved into the Western part of Ohio on July 13th 1863. He was able to slip past the stronghold at Cincinnati and began his long raid into the Ohio countryside.

On July 26, 1863, Morgan and several hundred men that escaped the battle at Buffington Island looked for somewhere to cross the Ohio River. Behind him were many different Union cavalry units looking to end his raid. Around the town of Salineville, Union cavalry under the command of Major William B. Way met up with parts of Morgan's cavalry and a small skirmish would ensue with heavy losses on the part of the Confederates. Morgan's men had become demoralized and after being cut off by other cavalry units, Morgan finally surrendered later that day with the battle around Salineville being the final one for Morgan and having the distinction of being the Northernmost Civil War battle at that time.